IF the Eagles’ #1 most-targeted tight end in a game was one player, he would be on a 128-target pace this season. That spreads between Dallas Goedert (likely out), Zach Ertz (definitely out) and Richard Rodgers (active) this season. The lowest figure for a TE1 in this offense was week four when Ertz and Rodgers split 9 targets. The offense is built around the TE, and we apparently don’t seem to care that a great streaming option sits on the waiver wire this week. His week eight opponent, the Cowboys, allow the ninth-most fantasy points to tight ends this season and have allowed a tight end touchdown in five-straight games. This is a juicy matchup for a guy chilling on waiver wires in 80% of leagues.

We’ve been trying to chase the correct Indianapolis tight end for what feels like ages at this point. We thought it was Jack Doyle, then we were certain it was Mo Alie-Cox, now we’ve landed on Trey Burton. Burton had a big game the last time the Colts played in week six, scoring twice and totaling 59 yards on five touches. He’s been active for three games, and he has at least five targets in all three. Burton, the former next big Eagles tight end floundered in Chicago. He’s seemingly having a budding renaissance at age 28 for the Colts. Tight end targets are a big part of Rivers’ game, and Burton is in line for a good chunk of those this week.

The Lions, on paper, appear to be strong against the tight ends. The truth is they haven’t faced any worth their salt. Two TEs have over three targets against them; Jimmy Graham scored 10 HPPR points on the dot in week one, and Hayden Hurst tallied 9.8 last week.

Like the Lions, the Packers, at first glance, look like a bad tight end matchup. In reality, they have faced just three guys to get at least four targets against them. T.J. Hockenson, Hayden Hurst, and Rob Gronkowski all had at least four targets, and all three had at least 7.1 HPPR points against them. If you’re desperately searching for fantasy points from the waiver wire, you could do a lot worse than Smith.

Big Irv got off to a slow start this season, but he has five targets in each of the last two games, and he’s turned those into eight catches for 119 yards across the last two games. His week seven bye made us forget, but he’s free to most managers. Scoop him and score. 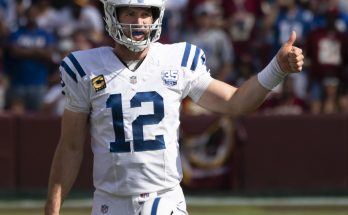