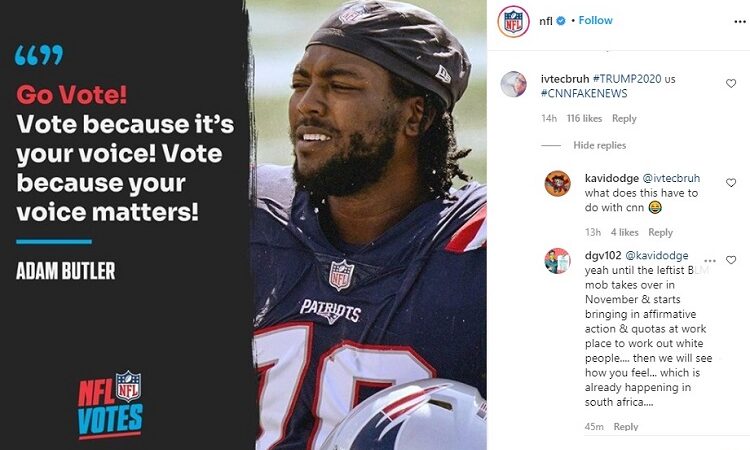 It’s another round of Hot Takes from Crazy People, a public service we do to remind people not to go into internet comments sections. It’s not safe, you might run into a fan who is enraged that the Raiders game doesn’t start… 20 minutes later?

Yes, if Wilson really wanted to win then the Seahawks (who are undefeated but allow 27.0 points per game) should sign another quarterback.

Speaking of blasts from the past, check out this 20-years-stale “puppet master” defense: 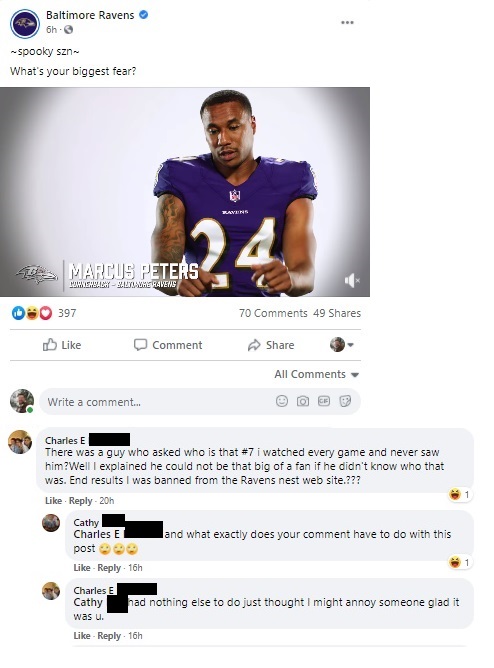 Incidentally, #7 on the Ravens is sixth-round pick Trace McSorley, who has not thrown a single pass in the NFL. So, I don’t really get what that person is talking about, at all, but I guess that’s the whole point of this column.

Another thing I don’t understand the point of is acting like you have insight into football because you played a completely different sport years ago just because both sports involve the intricate sports act called “running.” 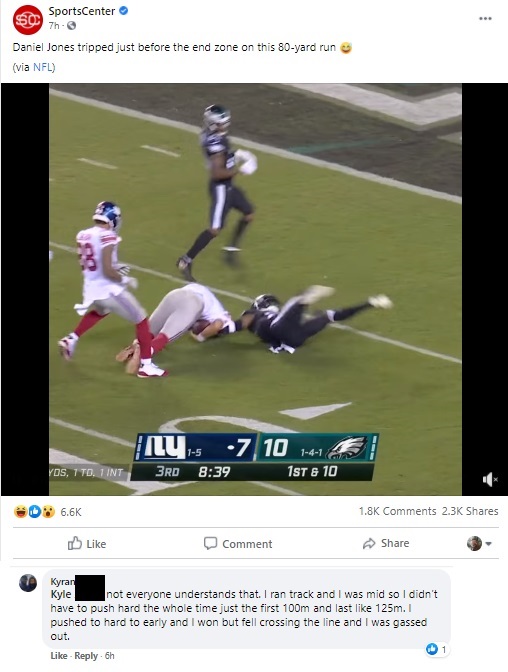 Moving on: Sometimes, I don’t remember all of the research I do for this article. Here’s some screenshot I captured labeled “Trade” that I don’t know what it is. Let’s have a look, together:

Whoa, whoa, whoa. Trading your QB and RB and 3 first-round picks is totally a fine and not-at-all-insane deal, but then you want to send two second-round picks? That’s just a bit over the top. From a Fox News comment section about a Cowboys fan shooting their television.

Finally, a reminder that, if you’re trying to win a racial argument (against no one), citing the dismantling of Apartheid as a boogeyman means you’ve already lost. To no one. 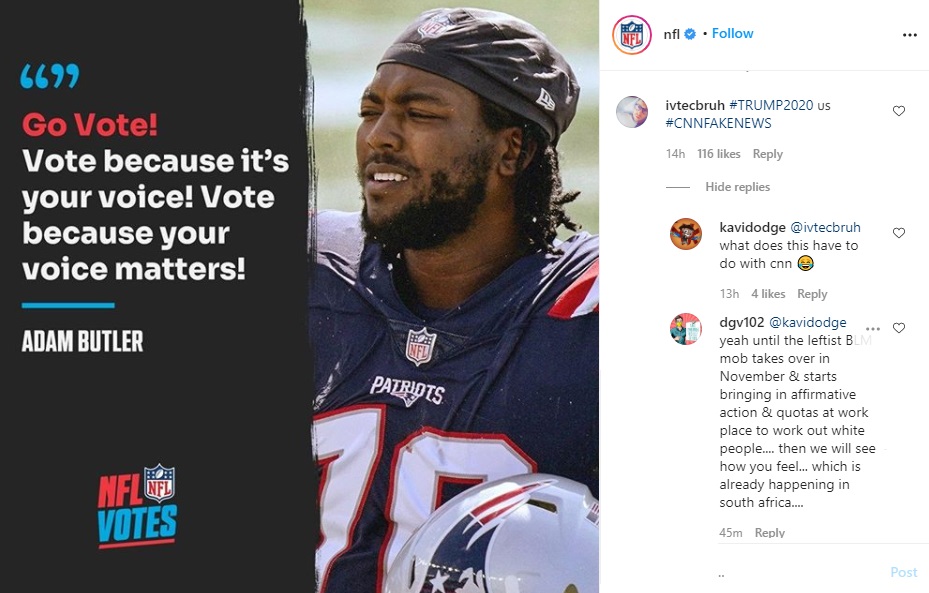 From the NFL’s IG page.

Tune in next week, when I’m sure I’ll have a ton of insane political hot takes from crazy people to strew across your screen like entrails on a slaughterhouse floor.