Welcome to Hot Takes from Crazy People, where I collect hilariously off-target posts from articles about the NFL.

Most of this week’s Hot Takes comes from one Facebook post, but first: An appetizer. Fox News, the champion of low-hanging Hot Takes from Crazy People fruit, wrote an article about how historically bad the Washington Football Team is. This prompted comments from several people who have been cut off from their families and anyone else willing to listen to them (probably).

So relevant and on-topic. Also, I too celebrate Columbus Day: I fantasize about dying not knowing that America existed.

Speaking of relevant and on topic, and also no one in your life will listen to you because you are neither relevant nor on topic, is this comment from the same article:

Leave it to FoxNews commenter “Foxy PooPoo” to pull together the scatological connection. They’re like a poop detective!

On to the main event! The NFL updated their Facebook profile pic:

This was only up for 7 hours before they reverted to their normal logo. In that time, as you can see, there were almost 10,000 comments. I went through them, looking for crazy gems. This is my job. I carry a badge. 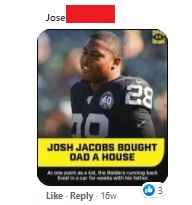 The above post concludes Horrifically Irrelevant Theater. Onward towards bigotry!

“I’m not a bigot, but the NFL should be more bigoted so as to not lose fans who are bigots” is a fun take I’ve not seen in my 3 years of writing this column. Well done, bigot!

Has this person ever watched football? 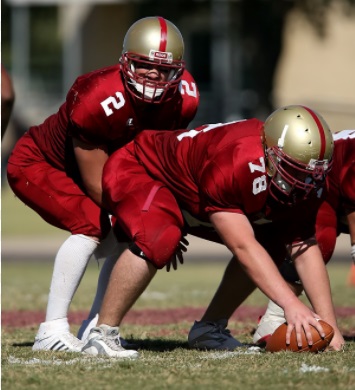 The… minorities are the only LGBTQ people? Also, apparently, the only ones who can adhere to basic rules of grammar?

Yes, one of nature’s most ugly creations: The rainbow.

“Reducing a complex thing to one single issue is a bad idea,” says the person whose profile is simply a graphic stating “pro life voter.”

I don’t know what this says. I won’t run it through a translator. Instead, I will just marvel that someone thought an image of video game character Tails from Sonic the Hedgehog was a commanding way to make a point about a human rights issue.

Speaking of human rights issues, I just learned that making Hot Takes from Crazy People has been added to the Geneva Conventions. I’m off to collect my huge trauma bucks, see you next week!

If this has you hankerin’ for some fantasy sports for some indirect reason, try out Fan Duel! That link lets them know we sent you! It also gets you $5 bonus cash to play with if you make a deposit.