Look, I’m mad at the Titans too. They’re blowing up my fantasy football teams for a second week. That’s why Daily Fantasy Football Exists! Here are some FanDuel value plays you can put into your lineup so you can fit in the super duper stars, as well.

It’s convenient that Danny Dimes makes the penny pinching list. Because you know… coins. Anyway, Daniel Jones has looked dreadful, but this isn’t about Jones, this is about the Dallas defense. On paper, they allow the seventh-most fantasy points to quarterbacks per game this season, which is a good, but not great matchup. But on a per pass attempt basis, they are dreadful. They have allowed over 1,000 passing yards and 11 touchdowns in four games, leading them to rank second in the NFL at 0.61 fantasy points per pass attempt for QBs (passing stats only). With a dreadful running attack in tow, Danny Dimes will need to throw, and throw a lot, on Sunday. That should mean tons of fantasy points for Jones.

Duke Johnson and David Johnson both have a new lease on life in Houston with Bill O’Brien getting the ol’ heave-ho this week. Duke returned from injury last week, and turned about 40% of snaps and eight touches into 45 yards. This sleeper pick depends a lot on the chaos factor of an interim regime stepping in to see what they have. He’s a target hog when he plays, so he should have a decent floor this week, at least. This is a high-risk play, but it could play dividends and save your rear end if you get desperate. The Jags are a great matchup to have this weekend, as they tricked us into thinking that Nyheim Hines was definitely a thing in week one, and gave Joe Mixon his breakout game this past weekend. He’s a good near-min play with the Chaos Caveat.

This one is a pure flow chart for DFS sleeper goodness: find a game with a high over-under, pick the favorite, and find a cheap option on their team. The Chiefs, according to Vegas’ reckoning, are set to score the most points this weekend. That means lots of opportunity for ol Downfield Demarcus. While Tyreek Hill will always lead the Chiefs in average depth of target, Demarcus sits second on the team. Robinson has disappeared over the last two weeks, so this would need to be a return to form for the guy who had ten targets in the first two weeks combined. To be honest, I’d prefer Mecole Hardman at $5,100, but he doesn’t fit the stupid criteria that I set for myself and I could just change at any time.

Robert Tonyan scored three touchdowns last week, including a play where he literally fell down, got back up, and scored. To call the Falcons TE defense questionable does a disservice to the word. They’ve given up four double-digit fantasy days in four weeks, with three of them going for over 17.3 fantasy points in HPPR. Ian Thomas is a cheap play after getting a season-high five targets last week, which he turned into a touchdown. He’s a touchdown-or-bust play, but let me remind you: Robert Tonyan scored a touchdown on a play after doing a somersault. 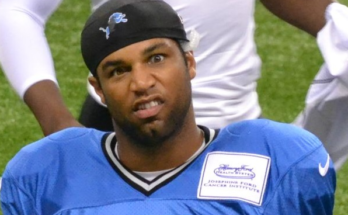