Kyle Shanahan unleashed his rookie first-rounder last week, letting Brandon Aiyuk (literally) run all over the woeful Giants defense. He caught five-of-eight passes for 70 yards and chipped in 31 yards on the ground, scoring a touchdown on a beautiful sweep. He and Deebo Samuel will make for a formidable one-two punch at wide receiver once Samuel returns. But for now, lean on Aiyuk, like the 49ers will.

Their opponents this week, the Eagles, give up the twelfth-most fantasy points to wide receivers so far this year. That number would be higher, but they’ve given up just three touchdowns all season. Given Aiyuk’s skillset, expect Kyle Shanahan to attack that WR run defense that’s yielded 37 yards on six carries already this season. Aiyuk might only have one-week appeal… well, actually, the 49ers play Miami next week. Call it a two-week appeal. Then, we figure it out from there.

Preston Williams rode the struggle bus through the first three weeks of the 2019 season, totaling 74 yards and a touchdown on fourteen targets. Things are a far cry from before he tore his ACL when he averaged 7.5 targets per game in the first half of 2019. Now, he’s on the road to recovery and has an extremely juicy matchup this week that should stop his knee from bothering him.

The Seattle Seahawks allow the most yards per catch in the NFL and the second-highest yards per target. They’re a fun defense to go up against, and Preston Williams gets them this week. But then again, so does their slot receiver…

The answer to the “Will Fuller or Brandin Cooks” question is… Randall Cobb? Cobb has nine catches for 154 yards and a touchdown in the last two games. He’s become Deshaun Watson’s underneath receiver, something Watson’s needed more lately because he’s been running for his life. This week, he gets a Vikings defense that’s given up the fourth-most fantasy points to opposing wide receivers. They allow, on average, two wide receivers getting at least 100 yards or a touchdown through the first three weeks. 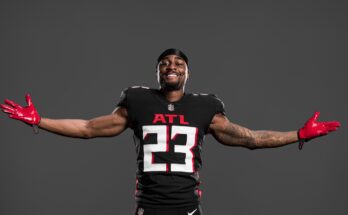