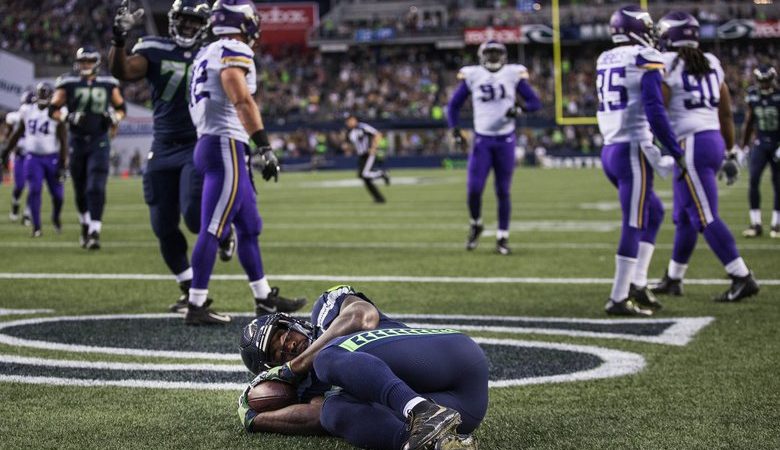 You had the number one pick in the draft, and you confidently sauntered up to the draft room, queued up Christian McCaffrey, and waited for the fantasy bucks to come rolling in. So, the news that he will miss 4-6 weeks with an ankle injury is disastrous for your fantasy football squads. Trust me, I know. I’m right there with you. The main backup in Carolina is Mike Davis. I wrote a whole article on RB handcuffs; it was like 5,000 words. The Carolina Panthers situation had its own tier, “Mike Davis is not Christian McCaffrey.” I know you’re reeling, and I know you’re hurting, but I beg of you: do not blow FAAB on Mike Davis, and do not blow a waiver priority on Mike Davis. Let’s take a look at Mike Davis, the player, before moving forward with what we should do with this roster spot.

The 49ers drafted Mike Davis in the fourth round of the 2015 draft. Through two years, he carried the ball 54 times for 108 yards. Let me repeat that: through two seasons, he had two yards per carry. Davis also chipped in 10 receptions for 63 yards. The 49ers cut him to preserve Joe Williams’ spot on the roster. Joe Williams never played an NFL down. That’s the territory we’re operating in, here.

After Davis left the 49ers, he kicked around to Seattle, Chicago, and Carolina. He “started” the first game of the Bears’ season in 2019, getting eleven touches for 36 yards before Chicago banished him to the nether-realm (he played 31 more offensive snaps before the Bears jettisoned him). Through five seasons, he only really found success with Seattle. No other team and scheme worked for Mike Davis. Even then, it barely worked for him, for a couple of games. He has thirteen career games with double-digit touches, and he failed to reach 70 total yards in seven of them.

Two games aren’t enough to see if the Panthers’ offensive line is better than it was last year, but it was absolutely brutal last year. Just a quick perusal of the FootballOutsiders’ offensive line rankings show them as below average in line yards and the absolute worst at power success (a measure of short-yardage plays). If you have Christian McCaffrey and you’re the worst in the league at picking up a couple of yards when you need a couple of yards, things are bad.

Things didn’t get better in week one, as 70 of Christian McCaffrey’s 96 yards came after contact (he averaged over 86 yards after contact per game in 2019). Going into the season, Pro Football Focus praised their tackles for run blocking, but pointed out the interior is a blocking sink. Things aren’t great for that line in Carolina. And I’m not the only one thinking that.

Their schedule looks bleak, too. They get the Chargers next week, who already shut down Joe Mixon and CEH this season; I don’t have to tell you that Davis is neither CEH nor Mixon in the talent department. They then get the Cardinals, who are shaping up to be a good matchup. After that, it’s the Falcons (decent enough matchup) and the Bears (awful matchup). If CMC hits the five week mark, the Panthers get the Saints, who boast one of the best run defenses in the league.

I get it; you’re likely stuck. You have to stick in a replacement for Christian McCaffrey. But, this is why we always talk about drafting five or six running backs. Your Christian McCaffrey replacement might already be on your roster. Did you get Jonathan Taylor? Or Joshua Kelley? Or Jerick McKinnon? All those guys are better replacements than burning a roster spot to put Mike Davis on your roster. He might flash in the next couple of weeks, but I am not banking on that. He’s a medium-to-low priority for me on the waiver wire this week, given the injurypocalypse.

If you can squeeze Mike Davis onto your roster with a low waiver priority, go for it. Don’t burn FAAB, and don’t burn a high priority on him. He’s a short-term replacement with an iffy set of matchups and a checkered history and a less-than-stellar situation. He tops out as a backend RB2 in PPR for a few weeks if everything goes well for him.

Panthers’ RB Christian McCaffrey was told he he’ll miss four to six weeks with his high ankle sprain, but he’s hoping for less. “That’s a challenge to me,” McCaffrey said. “And I'm gonna attack it, like I attack anything else."

0 Comments on “Fantasy Football Absurdity Check: Should You Pick Up Mike Davis?”