Fantasy football week two is here, and you probably have some disappointments on your roster already. If you’re looking for some extra punch in your lineup, look no further than these wide receiver sleepers for week two! To qualify for this article, a player must be on the waiver wire in at least 50% of Yahoo! leagues. For you deep-league managers, we have a player available in at least 90% of Yahoo! fantasy football leagues. You’re going to have to be exceptionally desperate to get in on a couple of these guys.

Parris Campbell tied T.Y. Hilton for nine targets last weekend as Philip Rivers’ favorite targets, kicking in a nine-yard carry for good measure. All told, he finished with 80 yards on 6 receptions, a great day considering the problems Philip Rivers presented for this defense. This week, Campbell gets the Minnesota Vikings, who currently allow the most fantasy points in the league to wide receivers after Davante Adams, Allen Lazard, and Marquez Valdes-Scantling took them to school last week. This should be a smash play for Campbell this weekend and you can beat your teammates to him and not waste FAAB on him next week.

This is a developing situation in Tennessee, but the Titans’ star receiver A.J. Brown has a bone bruise. That makes a lot of sense, as Brown didn’t look himself last week as the Titans and Broncos squared off. Davis hauled in seven-of-eight targets for 101 yards in that contest. With no A.J. Brown, the Titans have exactly two NFL-caliber receiving threats on their roster, Jonnu Smith and Corey Davis. The Jags did not allow Colts wide receivers to score, so they’re ranked as middle-of-the-pack against WR, but Parris Campbell pulled in 11 fantasy points against them last week.

Not much to say here other than the fact that I’m chasing targets. If there is yet again no Kenny Golladay, expect Cephus to once again end up in a good position this week. Matthew Stafford targeted him ten times in his NFL debut. I don’t expect a lot of long-term value with Cephus, but you can’t ignore ten targets and the opponent. The Packers yielded the sixth-most fantasy points to wide receivers last week (mostly in garbage time, but I digress). If Golladay comes back, this isn’t a recommended play. For now, though, giddy-up. 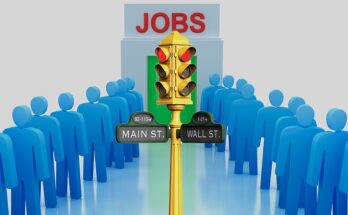