It’s week one of the 2020 NFL season, which hopefully means that you drafted a tight end that you liked to start this week. If you didn’t, don’t worry, we have you covered with our weekly tight end sleepers piece. A player must have availability in at least 50% of Yahoo! leagues to qualify for this article. For those in deeper leagues, we include one player available in at least 90% of leagues. Again, you shouldn’t need this article, but if you do, go ahead and snag one of these tight end sleepers.

I’m issuing a blanket pardon for everyone who wore an Indianapolis Colts jersey in 2019. Before that point, Jack Doyle was a backend tight end starter when active in the 2017 and 2018 seasons. He missed some time with injuries in 2018, but when he was available, he turned in the TE9 performance when pro-rated out over the whole year. Philip Rivers loves his tight end, and Doyle is the only game in town.

Jacksonville is… how can I put this nicely? Jacksonville is not in a strategic position in their team’s life cycle to field a competitive roster in 2020. They ranked as a top-fifteen bad matchup in 2019, but only five tight ends had over five targets against them. The ranking likely comes down to not stopping wide receivers than any stout defense toward tight ends last year.

Think of all the great tight ends that have come out of college in the last half-decade. Only two of them had a higher yard per target in their rookie year than Dawson Knox. Knox gets an interesting role in the Bills’ offense this season: the dump-off guy. Cole Beasley rode that role to 106 targets last year, and those should go toward Knox. He has a great opportunity to play in the space cleared out by John Brown streaking downfield and Stefon Diggs’ defensive gravity.

The Jets are bad. Really bad. Give the Jags a run for Trevor Lawrence bad. Their head coach chased their best player out of town and actively hates their remaining best player. They were a bad matchup for tight ends last year, but a lot of that had to do with the work done by Jamal Adams, who pushed his way out of New York this offseason. He’s a deep floor play. If you need a deep upside play…

Jordan Reed is really good. Rather, he was really good… at some point in the near past. Injuries sapped what could have been a really great career for Jordan Reed. Now, he’s relegated to #2 tight end duties. Granted, the list of TEs who wouldn’t be TE2 to Kittle is short enough to count on one finger (Travis Kelce). That having been said, the Niners have a banged-up WR corps (Brandon Aiyuk and Deebo Samuel are both dealing with lower-body injuries) and a juicy matchup.

The Cardinals were, by far, the worst team against tight ends last season. Even Ross Freaking Dwelley got in on the action with a two-touchdown performance last season. They addressed this, but their main addition, Isaiah Simmons, will play in his first NFL game Sunday and likely have his hands full with George Kittle. That leaves Garoppolo2Reed early and often against a team that couldn’t stop a tight end to save their lives last season. 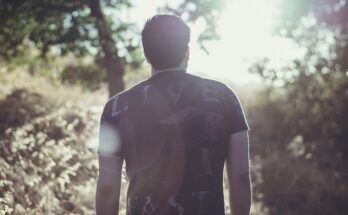