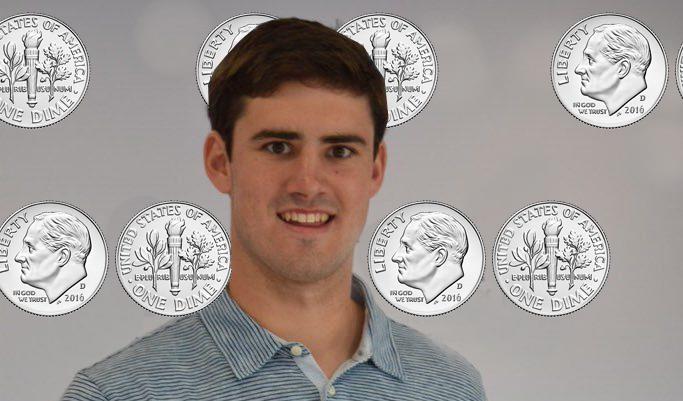 We all remember the big plays and the funny plays from a football game. Generally, a fumble is one, if not both of these things. That is why we remember fumbles and why fumbles have an outsized role in four fantasy football evaluation. If you don’t think a fumble can be funny or memorable, can I remind you of the butt fumble?  It’s why I think Daniel Jones isn’t getting the benefit of the doubt his rookie year: we remember fumbles, and Daniel Jones sure does love to fumble the football. He played in thirteen games last year and had eighteen fumbles on his ledger. That’s a memorable ratio.

But it’s one that mostly doesn’t matter for fantasy football since he didn’t lose all of them. It’s just a fun fact to have at the end of his player profile or something to remember. It would matter if the Giants had an alternative, or if he lost them. Here’s the simple fact of the matter: Daniel Jones had his first start in week three, and played on a 4,000-yard, 32-touchdown, 16-interception pace, kicking in about 23 rushing yards per game. All of this was good enough to be the #6 quarterback from week three to the end of the year, averaging 20.32 fantasy points per game in four-point per passing touchdown leagues. Getting him at QB16 makes him a lot like 2020’s Josh Allen, to me. A guy who has an outsized (in our memories) turnover problem poised to mature as a QB and jump into the top-ten.

Sterling Shepard started the season on a tear last year until his second concussion of the season cost him nearly half the season. When he came back, he wasn’t quite the player he was when he started the season. In the first four games of the season, he averaged 6.3 catches per game for 67 yards. This comes out for 100 catches for over 1,000 yards over the course of a full year. Should Shepard stay healthy, he is a shoo-in to crush his eleventh-round ADP.

The only question to whether or not he pulls this off is health, which is a huge question for Sterling Shepard in his career.

Evan Engram has put me in a really weird position. I don’t want to call him a bust, but I don’t have enough hottakery in me to call Saquon Barkley a bust. The wide receiver are all values, so that leaves me with… Evan Engram. Evan Engram is the fifth tight end off the board, going at the beginning of the seventh round. He’s also missed thirteen games in the last two seasons. That’s one reason why I see him as a bust entering this season: health. He didn’t miss a giant chunk of games that skewed his availability, he has stuff all over the board that cost him a few games here and a couple of games there that add up to his games missed. In three seasons he has two concussions, a rib bruise, an MCL pull, an MCL sprain, a hamstring sprain, and a foot sprain. Just a bonkers mix of injuries that have cost him time. It speaks to both fragility and playing style that lead to these injuries.

There’s also that he was only the TE5 last season when he was healthy, and he wasn’t healthy that long. Coming in as the #5 tight end for a third of a season with questionable health headed into the next one means I’m taking you around round ten, not round seven.

He also has several other problems, namely Sterling Shepard, Golden Tate, and Darius Slayton. There was only one game last season when the four of them were available at the same time (week five), and Saquon Barkley wasn’t healthy for that game. That’s a lot of guys without a lot of targets to go around in 2020.