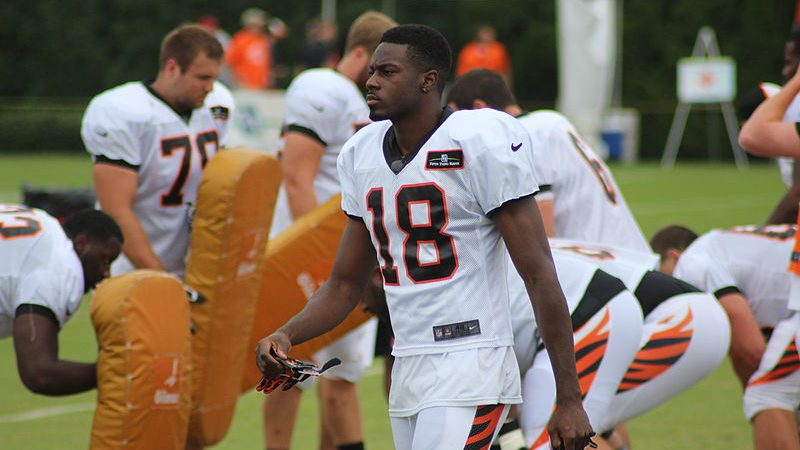 With my player profiles, I’ve only decided to go back to look at their fantasy scoring for three years.  I could show you lists from earlier, but most of the guys at the top are no longer in the league anymore.  I’ve also added a chart for their usage over that time span.  We will try to determine, based on those two factors, where the wide receiver value lies.

Overview:  After a strong start including a 3-TD game in week 2, AJ Green missed 7 non-continuous games with an injured big toe. Optimists are hoping he can repeat his 2018 WR1 campaign.

I’m the lowest on Green of all the fantasy writers. Look, with a WR, I was to know he’s not likely to get injured. Green missed 7 games in 2018 and 6 in 2016. In fact, SportsInjuryPredictor.com lists 9 different injuries that have cost AJ Green time in the last 5 years, including four to his right toe that limited him last season. The receiver will be 31 by the time the preseason games start, and I just can’t take the chance his body is unraveling when there are at least 5 other wide receivers going around the same time that don’t have an injury history. Let him be someone else’s headache.

Worst Case Scenario: Green misses no time, but his toe makes him a decoy and gives a goose egg to hopeful owners several times.