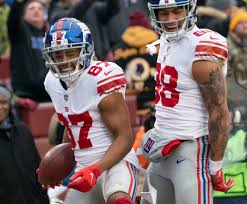 Overview: Engram cemented himself as a TE1 after a strong rookie year, and looked on pace to repeat in 2018 until several injuries caused him to miss five total games. Wikipedia tells me he plays for the “New York Giants,” but I’m having trouble finding a second source to back this up as no one wants to admit watching that team after their curiously eccentric offseason.

The main knock on Engram is a slew of slight injuries. Since entering the league in 2017, he’s missed games with two concussions, a rib bruise, a hamstring pull, and a knee sprain. Though these injuries have caused him to miss only 6 total games in his career, it’s definitely something to consider if having a guaranteed floor is important to you in a tight end. Of the other 9 top-10 ranked tight ends this year, 7 played in all 16 games in 2018.

The upside is the greatest argument for Engram. He seems to be the team’s main target-getter, and the potential substitution of Daniel Jones for Eli Manning would probably work in his favor. For tight end, we’re advocating a staunch “if you don’t get a top-3 guy (Zach Ertz, Travis Kelce, George Kittle) then just wait for one of the top-12 to fall 2+ rounds or $5 below their expected value.

Worst Case Scenario: Engram’s injuries catch up with him and he goes out for the season in the first half of the year.