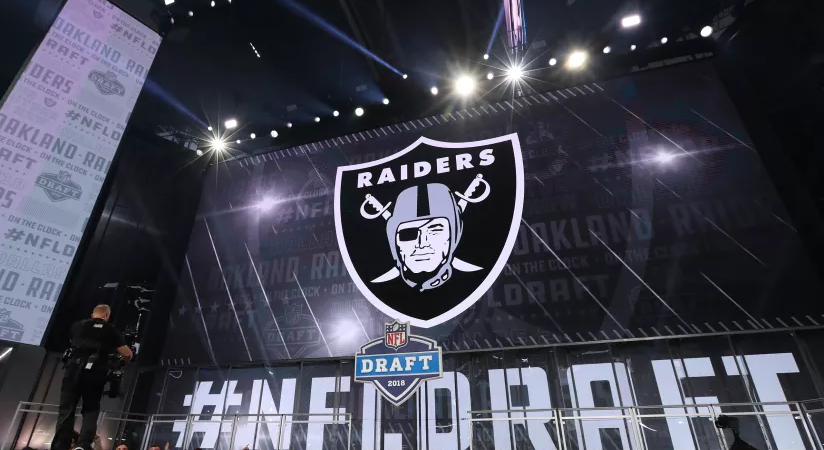 Fudge… Fudge!!! Fudge me in the Fudgehole the Raiders’ train is going off the rails.

Okay, keep it together Evan. Maybe if you maintain your composure, no one else will realize this pig has lipstick, foundation, rouge, and eyeliner.

The Raiders excited fans with their bold move to fire all their scouts right before the draft. No doubt they have a game-breaking strategy they need to keep under wraps that will forever cement them at the top of the AFC West.

Isaiah Crowell is a wonderful addition who is sure to repeat the greatest moment of his career at least twice, giving him a generous 170 yards of rushing on the year. But they might want to round out their backfield with Josh Jacobs, if he falls to 27 I’d jump on it.

The Raiders got rid of Jared Cook, a smart move as he was definitely going to decline after his amazing 2018 season. Now they need a replacement, and the first round will be chock full of them. Hock, Fant, Irv, Jace, Hryb, Flub, Smyr, Zfkz. It doesn’t matter what kooky-named TE they get, just grab one in the first three rounds before they all give up.

Antonio Brown will certainly be great, and so will Tyrell Williams. But on the off chance they both turn out to be washed up, overpaid whiners who can’t stop taking selfies long enough to synch up with their QB, we need a backup plan. Let’s grab… aw who am I kidding, we’ll grab the oft-injured, rout-poor physical specimen that is DK Metcalf. I’m done pretending like these guys can make decent picks. I’ll see you on draft day with a couple a 40’s in my hands.

Get ready for our live 2019 NFL draft tweet-a-thon. Jokes about every player! Follow us