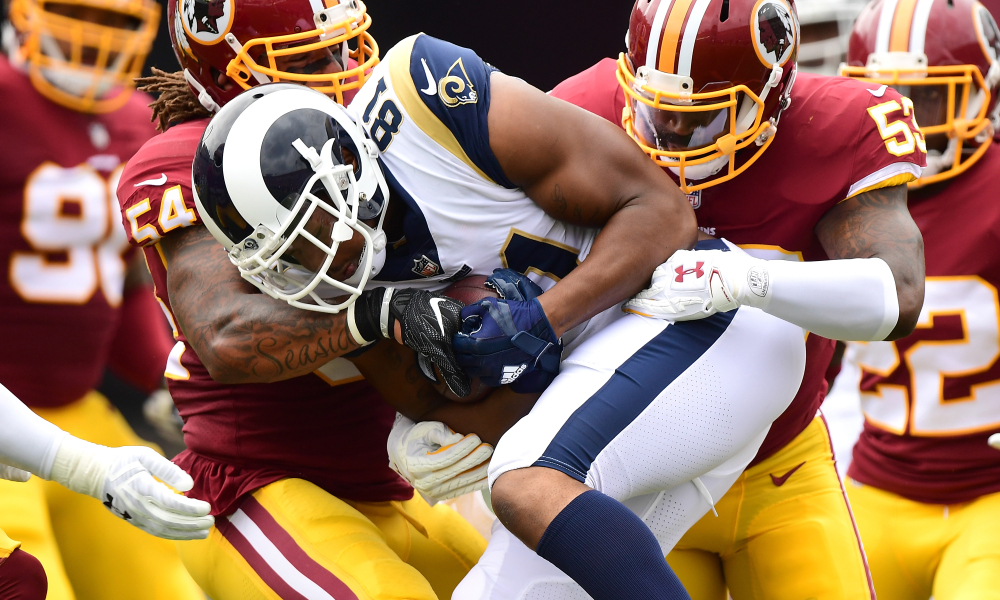 After this week, everyone will be at least halfway done with the fantasy football regular season. This is also the fourth bye week that will leave us without some solid fantasy football starters. If your starter is missing, benched or injured, we are here with some TE sleepers to help you out. These TE sleepers are available in at least 50% of Yahoo! leagues. For you guys who like to pump your chest out and exclaim “that guy’s available? How can I be in your league?” there is a player available in at least 90% of Yahoo! leagues. Ownership figures are as of Friday afternoon.

The Tylers are dead and not coming back anytime soon, so Uzomah inherits sole possession of a role that provided the eleventh-most tight end targets last season. He had near-career highs in targets, catches, and yards last week in the rubble of the Tylerpocalypse. The Chiefs are awful against tight ends, with a tight end going for at least ten fantasy points against them in each of the last four games (in 0.5 PPR). Uzomah’s ownership is going to go through the stratosphere into potential must-start status. Snag him while he’s still a TE sleeper.

This TE sleeper is more of a TE sleeper Magic Eye. You have to sort of squint and uncross your eyes and you can see the pieces of what vaguely looks like a good week in the cards for Charles Clay. The TE sleeper landscape is bleak this week, folks, so this is what I have to resort to. Derek Anderson doesn’t know a whole lot about this offense yet, which means he’s unlikely to have a lot of complicated routes or deep (on the field or in the play) reads. That means a lot of check downs to someone like Clay. Clay is as good as bet as anyone not named LeSean McCoy to score a touchdown this week, as well. The Colts suck against tight ends, which means that Clay should be running open against them. If you think that a bad tight end can’t find the end zone and put up a top-ten performance against them? I submit Exhibit A: Chris Herndon went for 56 yards and a score last weekend.

The Gloriest Play of Glory Plays (actually that would be 0% owned Blake Bell on Jacksonville), Gerald Everett is getting his Lt. Johnny Rico on for the Rams. Everyone else is dying around him, so he gets the promotion. Cooper Kupp has been ruled out for the game, clearing out slot snaps. The second-year tight end is the more athletic of the two tight ends who could be getting the start for LA, and feels like the natural fit to get the additional targets. The targets we want are the team-leading seven ten-zone targets. Should Everett get a couple of those against a woeful 49ers defense that cannot stop tight ends to save their lives, he is a shoo-in to get a touchdown. If you want to pop Tums all day because of the acid reflux surrounding your sleeper tight end, then Gerald Everett is your man. For real, though. He’s a good sleeper. Well, as good as you can get this weekend.

If you found these QB sleepers helpful, you’ll probably want to check out the remainder of our sleeper pieces this week:
A Darnold, A Baker, An Elite QB Faker (QB Sleepers)
A Kearse Upon Your House (WR Sleepers)
Parental Advisory – Gore (RB Sleepers)
Baddest of the Bad (D/ST Sleepers)