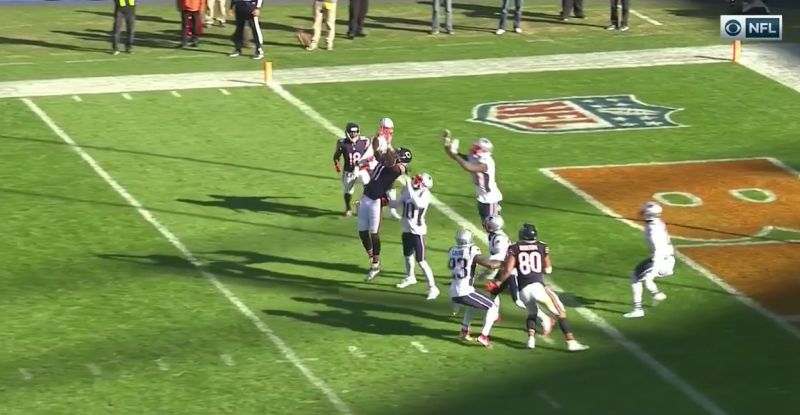 Week seven is behind us and with it your belief that you can properly evaluate quarterbacks. Some of you thought Cam Newton was done in the fourth quarter.  And you were wrong. Some of you thought Brock Osweiler couldn’t be a QB1 two weeks in a row. And you were wrong. Some of you thought fantasy football could be fun. And oh boy were you wrong. If I don’t mention someone whom you think I should be talking about, just know there are many reasons why I overlooked them. Maybe they are owned in most leagues. Maybe they are so bad I don’t even consider them. Maybe it’s because your opinions cannot be trusted. After all, you are here. So let us examine what our best week 8 waiver wire QBs are.

Mitchell Trubisky  – Owned in 52% of leagues – After week four, with Mitchell Trubisky I recommended caution. After week six, I was intrigued. Now we are seven weeks into the season, and I am surprised Trubisky isn’t more owned. Trubisky has put up his third top-five finish in a row. While it hasn’t looked pretty, he is in an offense that has no problems throwing the football and he has enough skill positions surrounding him to consistently produce. If he is on your league’s list of week 8 waiver wire QBs, you would be stupid not to grab him right away. Even if you don’t need him, at least you would be preventing him from helping someone else out.

Dak Prescott – Owned in 33% of leagues – For the second week in a row, Dak has put up QB1 numbers. And for the second week in a row, I am hesitant to trust him. The addition of Amari Cooper should theoretically improve the offense, so long as the Cowboys also traded for a new set of hands to surgically attach to Cooper. There is a lot of uncertainty with Dak, and with his bye week coming up, you probably shouldn’t be making a decision on him quite yet.

Alex Smith – Owned in 48% of leagues – When I talk about Blake Bortles, I talk about a man who is bad at football, but inexplicably good at fantasy football (Well, he used to be).  Alex Smith is the exact opposite of this. His fantasy football numbers aren’t going to wow you. He has yet to throw for over 300 yards this season, which is sort of insane when you think about it. What he does is win football games.  It just doesn’t show on his stat line.  He isn’t someone you want starting on your fantasy team, so don’t consider him among your options for week 8 waiver wire QBs.

Baker Mayfield — Owned in 41% of leagues  (You could do worse)

Joe Flacco — Owned in 38% of leagues (You could do worse, but you can definitely do better)