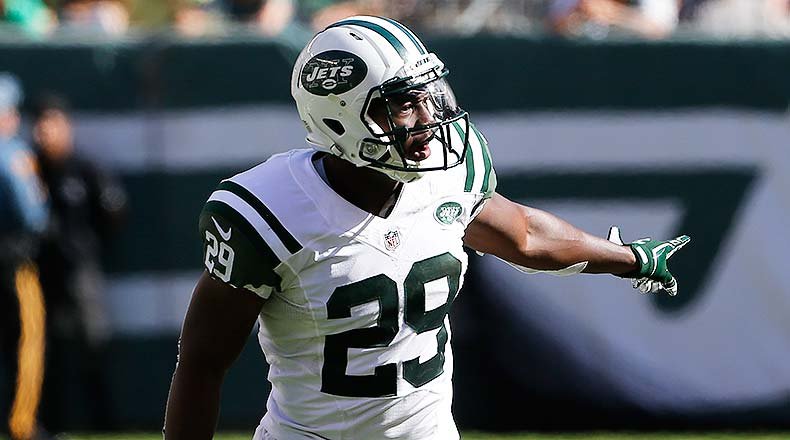 Every week at Football Absurdity, we like to help you with your start or sit decisions. However, we have found that highlighting just one player at the fringe helps exactly one player in every league. In the interest of spreading the wealth, we have changed the format. We will now provide you start or sit advice and details on three players you should start and three you should sit on the periphery of usefulness. We are here for the people, and we only want to help you! Without further ado, the RB discussion part two this week: should you start or sit Adrian Peterson, Bilal Powell, or Lamar Miller?

Adrian Peterson has a pattern over the last couple of seasons: he comes out hot before his body remembers how old he is and he starts to fall apart. This year, he’s battled ankle, knee, and shoulder injuries. I guess that’s what happens when you’re 33 and your running style invites contact. He mustered 97 yards last week against the Panthers but managed just four carries the week before. He’s all boom or bust this year, and it comes down to the matchup. The Cowboys are getting Sean Lee back this week to go alongside rookie LB Leighton Vander Esch en route to making opposing running backs lives a mess. Even without those two playing together, the Cowboys allow just the ninth-fewest fantasy points to opposing running backs on a paltry 3.32 yards per carry on the season. He was once fantasy royalty, but now you have to wonder if you should start or sit Adrian Peterson. Unless you are desperate, I would sidestep a collapsing situation and sit him this week.

There’s a question of whether or not Isaiah Crowell will play this weekend, and it’s looking as though Powell will get the backfield all to himself. Even if Powell grabs control of the backfield, it’s not like he has done a ton with it this year. He has one 10-point fantasy game in HPPR scoring on the year, and that’s despite getting at least thirteen targets in four-of-six games. This week he gets an awful matchup against Minnesota. They give up the sixth-fewest fantasy points to running backs on the season, and that’s with getting lit up by Todd Gurley and Wendell Smallwood. The Jets offense will be throwing to try to play catchup, with the Minnesota defensive line wreaking havoc against the woeful Jets O-Line. I wouldn’t be in a position to wonder if I should start or sit Bilal Powell, because that is a desperate situation to be in. This week, however, I would sit him if I owned him. It is not a great matchup, whether or not Isaiah Crowell plays.

Where to start? The Houston Texans offensive line is among the worst in the league. What else? Lamar Miller hasn’t topped fifty rushing yards since week two, and is trudging along at just about 3.26 yards per carry in that time. Not great, Bob. He gets a rough matchup this week against a Jacksonville Jaguars squad that is licking their wounds coming off a butt whooping last week from Dallas. The only players to do well against them this season are otherworldly talents (Saquon Barkley, Kareem Hunt, and Ezekiel Elliott). I don’t know how to break this to you about Lamar Miller, but he belongs with the “other” guys, who have just 2.92 yards per carry against the Jaguars this season. Lamar Miller was supposed to be a quiet, steady RB2, but instead enters the start or sit rotation every week. This week, however, when it comes to whether you should start or sit Lamar Miller, he is a firm sit.

Out of these three players, if I was desperate, I would rank them in this order:

If you own one of the guys below, these articles should help you decide if you should start or sit them:
Start or Sit Baker Mayfield, Jared Goff or Joe Flacco?
Start or Sit Jameis Winston, Matthew Stafford or C.J. Beathard?
Start or Sit Jarvis Landry, Devin Funchess or John Brown?
Start or Sit Will Fuller, Larry Fitzgerald or Demaryius Thomas?
Start or Sit Frank Gore, Peyton Barber or Kerryon Johnson?
Start or Sit David Njoku, C.J. Uzomah or Trey Burton?
Start or Sit Greg Olsen, Austin Hooper or Jordan Reed?