The New York Giants hosted the Philadelphia Eagles on Thursday Night Football. Close your eyes, imagine how it went. That’s exactly how it went. The Giants almost fumbled on the opening kickoff and it only got worse for them from there. I’m writing this and submitting it before the game is even over because it’s already 31-6 and Odell Beckham is mid-tantrum. I want to get as much space between myself and this stupid Thursday Night Football game as I can. Here’s your weekly Thursday Night Farceball that I think is a good idea but always hurts my brain every week. Seriously, every week I consider opening the Football Absurdity Chat in the second quarter of every Thursday Night Football game and declare Thursday Night Farceball dead because the game is either too good or I don’t want to watch it anymore. And I did it to myself! I thought it would be a great idea to watch every second of what is usually a terrible football game. Related, I am a complete idiot.

GOD THIS GAME WAS SO TERRIBLE

ElI mAnNiNg Is A fAnTaSy SlEePeR
Too many members of the Fantasy Football Cognoscenti decided that despite his undeniable ties to actually being Eli Manning, that he was a fantasy football sleeper this week. I don’t know why. His average pass in the first quarter was two air yards. This is what happened when he threw for longer than his height.

Rough start for Eli. INT by the @Eagles!

ALL TIMER ELI FACE
There’s a legendary force in the NFL that can beat anything in its wake. It decimates 19-0 bids, it defied logic by remaining the starter despite being abject trash. Being abject trash doesn’t stop there from being an uproar when it gets benched. That force, my friends, is the Manning Face. This one is an all-timer from Eli (this was the result of the play above)

IMPROMPTU HOOK & LADDER
There was literally no reason for Zach Ertz to do this other than he knew he could and if he pulled it off, it would be really cool. Like I said, this was in the first quarter and there was no real reason to do this.

ODELL DOING WHAT I WISH I COULD

I called a foremost body language expert in to discuss Odell Beckham’s feelings about how the Giants are doing this year and their offensive playcalling. He said, “oh, he mad.” Okay, I didn’t actually call anyone. You caught me. Odell Beckham decided to take an extended halftime, continuing the oddest team vs. player story in a season where Le’Veon Bell is a holdout and in the NBA, Jimmy Butler is having anti-Timberwolves meltdowns in practice.

It doesn't appear that Odell Beckham has come out of the locker room to start the second half.

Odell Beckham Jr getting closer to the fans tonight 😅 https://t.co/pxVuaiJneg

This game freaking sucked and was boring. I didn’t get into Hannah Storm and Andrea Kremer reading Eli’s professional eulogy in the third quarter. Next week’s Thursday Night Football is the Denver Broncos (who can’t run a real offense) against the Arizona Cardinals (who make the Broncos offense look functional). That might just be the one that does me in, folks. 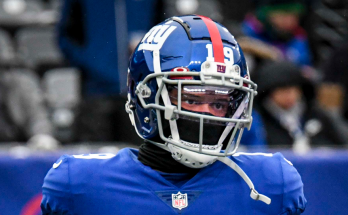 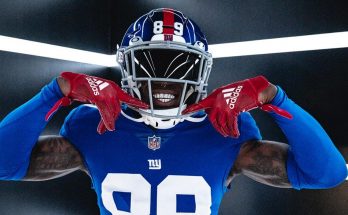