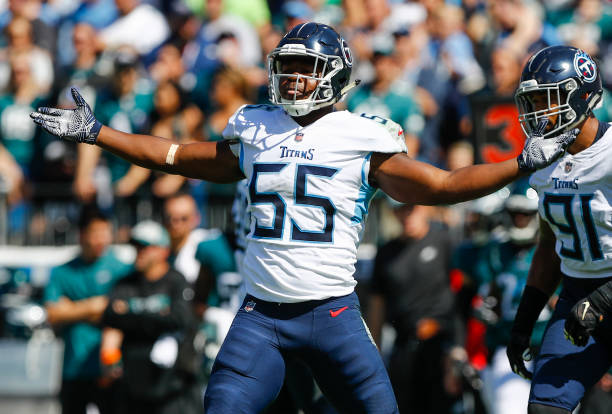 One of the best ways to maximize your weekly scoring is to stream defenses.  This strategy is simple – we aren’t as concerned about good defenses, so much as finding defenses that are playing terrible offenses.  Bad offenses are more likely to keep playing bad because if they knew how to be good, they would already be good.  Because of this flawless logic, I will be pointing out the best streaming options on a weekly basis.

If there is one truth I hold to in fantasy football, it is to use the defense that is playing the Buffalo Bills.  As an added bonus, the team playing the Bills this week also happens to be a top-five fantasy defense on the year.  Pairing a strong defense with a terrible offense is like pairing a good Merlot with rubbing alcohol – the buzz is incredible.  What I’m saying is that the Buffalo Bills have given up the 5th most points to fantasy defenses this year, so adding the Tennessee Titans should be your number one week five defense priority.

A close second when it comes to defensive streamers for week five is the Carolina Panthers.  They are playing a New York Giants team that has given up the 8th most fantasy points to opposing team defenses.  Four weeks into the season, the New York Giants are in the bottom third of the league in yards per game and points per game.  They have a negative turnover ratio and have given up the 5th most sacks in the NFL.  This is a great matchup for the Carolina Panthers and they should be a priority on the waiver wire.

If neither the Titans or Panthers are available in your league, the Cincinnati Bengals are a sneaky good play.  They are facing a Miami team at home that started off hot when facing mediocre opponents but got trounced when facing the Patriots last week.  The Bengals have scored double-digit fantasy points in half their games this year and are getting a key defensive component in Vontez Burfict back from suspension this week.  If you are desperate for a defense, you could do worse than the Cincinnati Bengals.

This matchup appeals to the nihilist in me.  It is pitting the baddest of the bad in a battle for who is the most mediocre.  Both of these offenses are pathetic in completely different ways.  I believe one of these teams is going to absolutely destroy the other one.  The problem is, I have no idea which one.  If you are truly desperate or just feel like taking a flier on a dumb defense, this is the game for you.