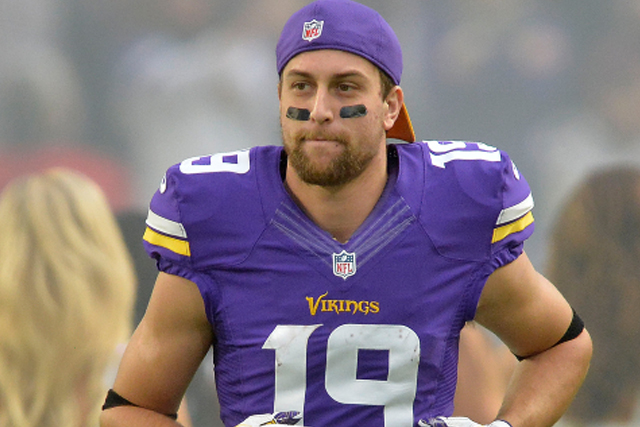 If you like you wide receivers to catch everything thrown their way, then this fantasy football Adam Thielen player profile is for you. As we gear up to the start of the NFL season, Football Absurdity is going to bring you a comprehensive breakdown of every notable player that will be available in fantasy football drafts.  When you don’t see us talking about Christine Michael or Mike Davis, don’t get mad at us for neglecting your favorite sleeper.  Get mad at yourself for having bad taste in football players.  We are only focusing on the top-rated running backs in standard scoring and points per game leagues.

Overview: On the one hand, Adam Thielen has been very productive over the last two years.  On the other hand, he’s white.  Have we progressed enough as a nation to look past a wide receivers skin color?  I know people will point to Wes Welker and Julian Edelman, but those are New England Patriots receivers and they play by their own set of rules.  But Thielen, over the last two years, is showing why only production matters.  Adam Thielen was an undrafted free agent by the Minnesota Vikings who has quietly emerged as one of the better receivers in football.  In 2016, Thielen quietly put together a solid WR2 season. Well, as quietly as one can be while posting a 12-202-2 line in the fantasy championship week.  In 2017, he was a WR1.  Thielen is an interesting receiver to evaluate because he just does everything well.  His catch rate, yards after the catch and yards per target are all in line with the best receivers in the game.

Strategy: Despite his racial handicap, Adam Thielen is definitely worth drafting at his current ADP.  My only concern with Adam Thielen is a possible dip in targets.  Last year, he was the fourth most targeted receiver in football and I’m not sure he’ll see that many opportunities in 2018.

Ceiling: I think Adam Thielen can end the year as a low-end WR1/high-end WR2 in all scoring formats.