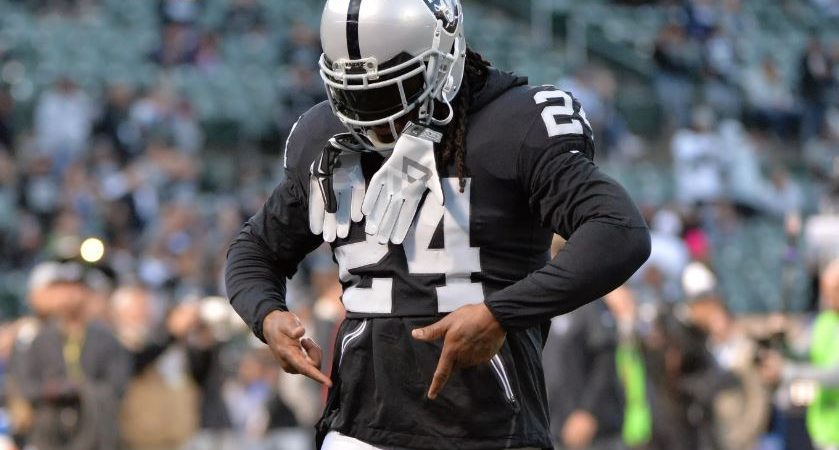 If you think the beast might be vanquished, then this fantasy football Marshawn Lynch player profile is for you. As we gear up to the start of the NFL season, Football Absurdity is going to bring you a comprehensive breakdown of every notable player that will be available in fantasy football drafts.  When you don’t see us talking about Christine Michael or Mike Davis, don’t get mad at us for neglecting your favorite sleeper.  Get mad at yourself for having bad taste in football players.  We are only focusing on the top-rated running backs in standard scoring and points per game leagues.

Overview: In 2017, Marshawn Lynch returned from retirement to play for his hometown team, the Oakland Raiders.  Many expected Beast Mode to enter with a bang, but his performance was more of a whimper.  While he put up low-end RB2 numbers, his 2017 season was a disappointment. I’m not sure why I should expect him to be better this year.  He is a 32-year-old running back who hasn’t had a notable impact on fantasy football in three years.  The myth of Marshawn Lynch is much more impressive than the current man is.

Strategy: Marshawn Lynch is on my do-not-draft list.  He is the wrong combination of old and unproductive at this point in his career.  I’d much rather take a late-round flier on Doug Martin, who I think has a strong chance to take Lynch’s job from him.  He has signed a one-year prove-it deal to help increase his prospects of getting a multi-year deal next season.

Ceiling: I think, if Lynch is lucky, he could be a low-end RB2 this year.  I honestly don’t see him doing anything more than that.

Floor:  What will actually happen is Lynch will find himself hurt, like many old running backs do, for most of the season.  While on the field, he will be inconsistent and in regards to fantasy football, he will be irrelevant to everyone except for the poor fool who drafted him.