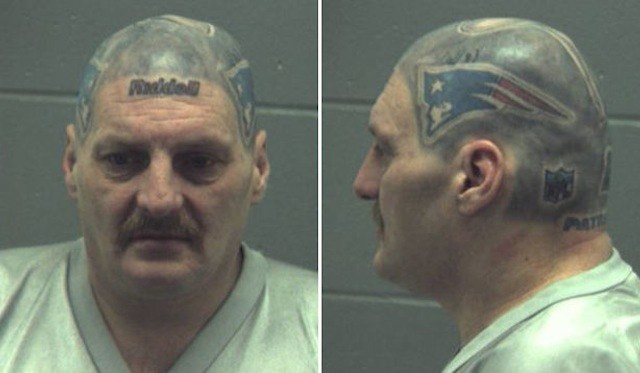 Hopefully, this is the year that Tom Brady finally turns to trash and we get to point and laugh at him as he throws pick after pick after pick. But it’s Tom Brady, and in exchange for having a crippling fear of strawberries, the Devil gave him the powers of eternal life. Even though Touchdown Tom couldn’t catch a ball in the Super Bowl, the New England Patriots caught fantasy-football-eligible-player fever, drafting four such players in the 2018 NFL Draft. Are any of them worth a shot in your fantasy football drafts?

Sony Michel, Running Back, Round One
Nick Chubb’s second fiddle at Georgia mostly played as a change-of-pace back but was hardly a huge step down from Chubb. He took advantage of some huge holes but has the talent to run around or over any would-be defenders trying to tackle him. Michel has decent enough hands, but it’s his speed, burst, and agility that will be his hallmarks. Fumbles were his big collegiate issue, which could put him firmly in Bill Belichick’s doghouse.

Still, the Era of Belichickanery is over as the NFL caught up and Running Back By Committee is the norm. The Patriots offense produces a ton of points and fantasy football opportunity for running backs. Michel will step into the Dion Lewis role, which produced RB1 numbers when Lewis was healthy last year… even when Rex Burkhead was around. Mike Gillislee, James White, and Jeremy Hill are in tow, for now. Gillislee will be somewhere else come week one this year, and Michel could also put Hill on the street. I’m tempering expectations and seeing Michael as an RB2, but we’re only one season removed from LeGarrette Blount running for a million touchdowns in this offense. Michel could be 2018’s LeGarrette Blount.

Braxton Berrios, Wide Receiver, Round Six
Berrios was primarily selected for punt return duties, and that was his main role for most of his time in college. That role expanded to significant slot duties in 2017, but not significant enough to feel like he could usurp anyone in the far more talented Patriots WR corps. It’s likely he misses out on making the roster entirely if he cannot win the punt return battle. Though at 5’9” and 190 pounds, he does have some sort of intangible quality I can’t quite pin down.

Danny Etling, Quarterback, Round Seven
He went 212 picks after Josh Allen, how good can he be? The reality is that he might be functionally better than Josh Allen, though that appearance might have to do with having D.J. Chark and Derrius Guice as offensive weapons in 2017. The skinny is that he will be the #3 QB at best. He will be behind the GOAT and professional backup Brian Hoyer, with no path to even practice reps. Just ignore him, he will not be relevant in 2018 unless things go horribly wrong for the Patriots.

Ryan Izzo, Tight End, Round Seven
Hell is watching a blocking-first tight end for the glimmer of hope that he can turn into a valuable fantasy football commodity. Good news, Ryan Izzo quickly made it abundantly clear that he doesn’t have that in his skillset. He’s a decent enough blocker but has no guaranteed role to make the roster, let alone a visible path to fantasy football production in 2018. Like… at all. Just forget his name.

For more rookie roundups, take a look at these: