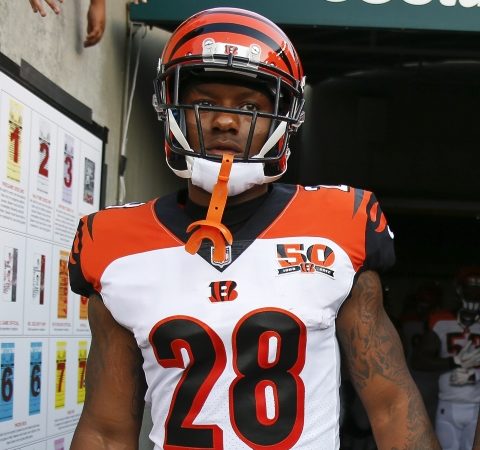 If you want your running backs talented and troubled, then this Joe Mixon player profile is for you. As we gear up to the start of the NFL season, Football Absurdity is going to bring you a comprehensive breakdown of every notable player that will be available in fantasy football drafts.  When you don’t see us talking about Christine Michael or Mike Davis, don’t get mad at us for neglecting your favorite sleeper.  Get mad at yourself for having bad taste in football players.  We are only focusing on the top-rated running backs in standard scoring and points per game leagues.

Overview: There is a lot to consider when looking at Joe Mixon.  His talent is undeniable, whereas the talent of the team surrounding him is very much deniable.  Andy Dalton is just okay.  He’s not terrible, but he’s not great either.  He is as good as his surrounding cast.  And outside of AJ Green, I’m not sure how good his cast is.  Which brings us to Joe Mixon.  If teams don’t fear the Bengals passing game, that means they can key in on Mixon.  While I consider him to be a talented back, I’m not sure he is talented enough to overcome being the focal point of defenses.  Last year, he didn’t show me enough to believe.  And when you add onto all of that his off-the-field issues, I have to wonder how much I really want Joe Mixon on my team?  Joe Mixon is one dumb decision away from being off your fantasy roster and out of the NFL.

Strategy: While it might not seem like I’m a fan of Joe Mixon, that isn’t exactly true.  I think he has tremendous upside.  I just have serious questions about how much he can produce this year.  However, one thing Mixon has going for him is that he is clearly the guy in Cincinnati.  I think that at his current ADP, he is as good as similarly ranked players, such as Jerick McKinnon and LeSean McCoy, but I’d much rather have a Travis Kelce or Mike Evans if they fall there.

Ceiling: I think Joe Mixon’s ceiling is an RB1 this year. He has the talent, even though I’m not sure the Bengals do.

Floor:  What will actually happen he will do something stupid, but innocuous three games into the season, getting himself suspended. The NFL will overreact because Mixon has a checkered past and the NFL has no tolerance for anything that might hurt the NFL’s brand.