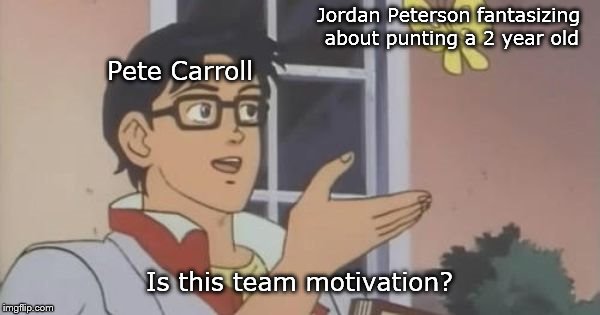 I don’t know if the 2018 Seattle Seahawks rookies will be good, but they will definitely be forced to clean their rooms with training camps opening up. What I do know is that they drafted two fantasy football-eligible players, one at RB and one at TE, and that gives me plenty to talk about. And I promise, there will be no lobster or incel/volcel references (that is, unless mentioning Russell Wilson counts).

Rashaad Penny, Running Back (First Round)
The Seahawks have pined for a useful running back since they failed to give it to Marshawn Lynch at the goal line, and he subsequently fell apart the following year. The position for the Seahawks has the longevity of a Spinal Tap drummer, with Christine Michael, Thomas Rawls, CJ Prosise, Eddie Lacy, Mike Davis, JD McKissic and Chris Carson all gaining starts at the position over the last two seasons. The Seahawks hope they have solved the problem by getting a versatile and elusive runner in Rashaad Penny to be their workhorse back.

The Seahawks need one solid back, as they had the fewest running back rushing yards in the league last year. No small part of that was their terrible offensive line, which should be better in 2018. As for Penny, if he just gets 70% of the production of the massive pile of trash that the Seahawks had at running back last year, he would end up with about 1,200 yards. Given that he’s better than any other back they tossed out there last year, he’s likely to easily pull that off, as well as top their… *checks notes* …one rushing touchdown.

Will Dissly, Tight End (Fourth Round)
Just say that name a few times. Will Dissly. Let it roll around in your mouth and tumble off your tongue. Will Dissly. No matter how many times you say it, it just doesn’t sound like a real name. That’s a Richard Scarry name, for the Roastmaster General of Busytown. He’s a blocking tight end, which makes him the opposite of Jimmy Graham, who the Seahawks lost to free agency. When your comps are Jake Ballard, something called a Chase Ford (isn’t that what OJ had? Nailed it.) and David Morgan, your fantasy football prospects are… let’s just go with… limited.