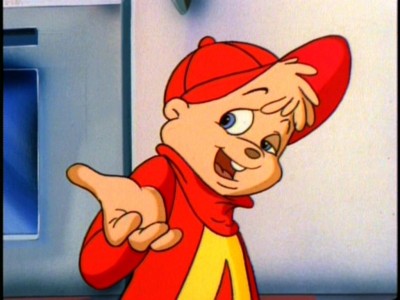 It is week fifteen, the fantasy playoffs have arrived and the rules have changed.  During the regular season, when you work towards building your roster, you are looking to win the lottery.   Once the playoffs arrive, your roster is pretty much set.  You know where you strengths and weaknesses are.  But now, the only week that matters is this week.  You need to be doing everything in your power to make sure of two things.  First, that you are able to put the best starting lineup out there.  Second, you need to do everything in your power to make sure your opponent can’t grab anyone that will help him.  It doesn’t matter if you need them to help you win, because if your opponent needs them, then you need them more.  So let us figure out which waiver wire running back your opponents will be targeting and how you should respond.

Rod Smith  – Owned in 13% of leagues – Rod Smith had a very impressive week fourteen, with 160 yards from scrimmage and 2 touchdowns.  He has also been up and down since the Ezekiel Elliott suspension and is not someone I would trust.  He is on an even snap count as Morris.  The only difference between them this week is that Smith was able to find the end zone.  But if your opponent needs a running back, Rod Smith is probably the greatest threat to your championship hopes still remaining on the waiver wire.

Jonathan Stewart  – Owned in 38% of leagues – Jonathan Stewart had over 100 yards rushing and 3 touchdowns against the best run defense in football.  Don’t let this fool you into thinking he suddenly became a good running back.  This is just one of those weird things that occasionally happen in life, like when a dog and a cat become best friends.  You know it shouldn’t exist in nature.  All you can do is appreciate how absurd life can be sometimes.  Picking up Jonathan Stewart this week would be like winning millions of dollars in the lottery and playing the next day with the exact same numbers.  You would just be pushing your luck.

Theo Riddick  – Owned in 41% of leagues – This is perhaps my favorite waiver wire running back prospect.  With Ameer Abdullah’s health and playing time in question, Riddick saw an increase in usage in week fourteen.  He also made owners who decided to roll with him very happy.  I like his matchup this week against the Chicago Bears.  While the Bears have been decent against the run, Giovani Bernard was actually having a decent game against the Bears.  It was everything else that was the problem for the Bengals.

EDITOR’S NOTE: I’ll be honest with you.  I don’t actually have anything extra to say about running backs.  But I had a note for quarterbacks, wide receivers and tight ends and didn’t want this article to feel left out.

Mike Davis – Owned in 39% (39% too many) of leagues – I generally have a cutoff for players who will make my waiver wire list.  Mike Davis has not made the cut the last few weeks.  Honestly, I don’t anticipate a time where he will ever make the cut, because I don’t think he should be rostered.  Feel free to call me an idiot.  I absolutely am one.  Just not for this reason.  I think it is absurd that people care about him and you can read why here!