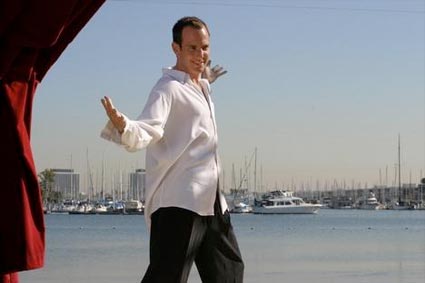 It is week fifteen, the fantasy playoffs have arrived and the rules have changed.  During the regular season, when you work towards building your roster, you are looking to win the lottery.   Once the playoffs arrive, your roster is pretty much set.  You know where you strengths and weaknesses are.  But now, the only week that matters is this week.  You need to be doing everything in your power to make sure of two things.  First, that you are able to put the best starting lineup out there.  Second, you need to do everything in your power to make sure your opponent can’t grab anyone that will help him.  It doesn’t matter if you need them to help you win, because if your opponent needs them, then you need them more.  So here are the waiver wire quarterbacks you should be targeting.

Nick Foles  – Owned in 3% of leagues – With end of Carson Wentz’s season, this is a player you should be targeting.  Especially since there is a good chance you could find yourself playing the Wentz owner.  Nick Foles has a plus matchup against the New York Giants and has a lot of offensive talent around him.  I’m not saying I think he’ll do well.  I just wouldn’t want to take the chance.

Jimmy Garoppolo  – Owned in 20% of leagues – One look at the handsome Jimmy Garoppolo is all it will take to make you forget about all the other quarterbacks in your league.   As good looking as Jimmy G is, he is a guy that will look much better on your opponents team.  San Francisco is still a team filled with problems, and his 300 yards passing this week was against a Houston Texans team that just kind of does that.  The Titans are a much tougher matchup for him.

Blake Bortles  – Owned in 35% of leagues – Do you Bort?  Because if you don’t, maybe you should.  It is hard to believe, but over the last four weeks, Blake Bortles has been one of the best quarterbacks in fantasy football.  What is even crazier is that his playoff schedule only gets easier.  This week, he plays a Houston Texans team that has given up the 2nd most fantasy points to quarterbacks in standard scoring leagues.  Blake Bortles might be the biggest threat to winning your fantasy football championship.  Those are words I never thought I would say.

Case Keenum  – Owned in 66% of leagues – He is probably not available in your leagues, but if he is, grab him.  This week, he is playing a Cincinnati Bengals defense that made Mitchell Trubisky look like Joe Montana.  HIs fantasy playoff schedule is very favorable and you don’t want to do your opponents any favors.

EDITORS NOTE: I could bring up the fact that Aaron Rodgers is coming back from Injured Reserve to play this week and that you should probably make sure the best quarterback in football is on your team.  However, if he isn’t already on a roster, then you are in a bad league and do not deserve to win.  And this isn’t just on your league mates.  This is on you also, because you let him stay there. Why would you do something so incredibly stupid?  You don’t think a future Hall of Fame quarterback is good enough for you?  If you are in one of the 19% of all leagues where he is still available, please know that I am rooting against you and your league.   I want your league to fail so completely that nobody wins this years championship, the league dissolves and your loved ones abandon you completely.  I hope they leave you alone to wander in the Mojave desert wearing nothing but a speedo two sizes too small and your shame.