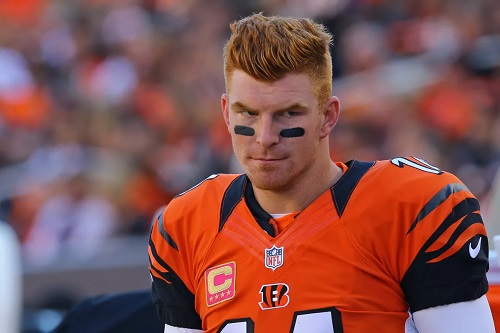 We are halfway through the 2017 NFL Season and nothing has gone as expected.  Just the way we like it.  The only thing predictable about the NFL is how unpredictable it is.  So let’s take a look at where it all went wrong for the teams with our AFC North review for the halfway point of the season.

The Steelers are 6-2, but when you play in a division with the Ravens, Bengals, and Browns, it makes you wonder why they have lost any games.  The main story coming out of Pittsburgh is the future of Ben Roethlisberger.  Whether he plays a few more years or decides to hang up his cleats remains up in the air.  One thing we know for sure about Big Ben is when he makes up his mind on what he wants, he will take it with a single-minded focus.

The Baltimore Ravens have managed to win four games this season, which is a testament to how bad the AFC North actually is.  If they were playing in any other division in football, they would be the Cleveland Browns.

I was going to write this hilariously scathing review of the Cleveland Browns season.  Seriously, guys, it was going to be amazing.  I shared it with the other writers here at Football Absurdity and we were just drinking and celebrating how well-received it was going to be.  You would’ve thought we were geniuses.  I’m embarrassed to say that I had a bit too much to drink.  I’m a little hungover and I missed my editorial deadline.  Sorry, guys.