I shouldn’t come down on the Bengals too negatively: They had one of the best free agency periods in terms of shoring up their many, many holes. They made key signings for nearly every part of their defense. They even got an offensive lineman, my personal favorite thing for a team to do in the offseason. This Bengals mock draft will address rounding out the rest of the team, particularly the offense.

Now, the bad take: Sure they patched some holes, but turning around a 2-14 team requires more than just spot repairs. The Bengals have to come out of the draft looking good for developing a stable of stars over the next few years, or else their fans will become an endangered species. With that in mind, we used thedraftnetwork.com’s mock draft tool to work out some picks for Cincinnatti. As always, we only do picks through the first five rounds. Speculating on 6th- and 7th-round lottery tickets bring you, the readers, absolutely no useful info.

Look, we’re not going to reinvent the wheel here to get some last-minute “they did WHAT?!” clicks. Burrow is one of those pre-snap heroes that transitions beautifully into the pro game. He’s a great fit for an offense that already has a kind of identity. He’s got the leadership to guide the Bengals on their leaps forward, and a fistful of intangibles. This is the right fit, let’s move on to the second round.

All the offensive linemen available here are projects (Josh Jones did not fall), so the Bengals would be wise to wait on that position. Plus they hopefully will have their injured 2019 first-round OL pick back in at left tackle to shore things up.

The one area of defense they didn’t address in free agency was edge rusher. A patchwork defense will always fall apart if there isn’t someone keeping the opposing QB on a short clock. Epenesa seems the readiest to immediately jump into an NFL game and provide that pressure. The downside is that he hasn’t quite developed the burst needed to catch the QB and bring them down. However, that’s not what the Bengals need: They just need pressure so the rest of the defense doesn’t have to scramble.

Hey, you need an edge rusher on both sides, right? This was more of a utility pick, as there weren’t any superstars at other positions who fell to the third round. Uche brings more of what we want: Solid balance and timing to put pressure on the QB, even if he doesn’t actually get many sacks.

An early top 5 pick among rookie running backs, Moss’ fireplug frame will be great for short-yardage situations. Plus, getting an RB should hopefully motivate Joe Mixon to think twice about a  dumb holdout.

Moss brings a few stats to the table that Joe Mixon doesn’t. Notably, he weighs the same as Mixon but is 3 inches shorter. That’s quite useful, as Mixon has the tendency to dance around when he should just lower his shoulders and barrel forward. A nice RB tandem should take the rookie pressure off of Burrow, allowing the rising QB to grow at his own pace.

The Bengals were dead last in stopping the run, last year, allowing a whopping 149 yards per game. Stopping the run happens to be Strowbridge’s specialty. I was actually surprised to see him available in the 5th, as I have him graded as late 3rd round talent.

We’d love to see the Bengals draft go something like this. Defensive linemen that give them much more of a bite to ease the pressure on a potential start QB. We’re less than a week away from the start of the NFL draft, it’s time to get excited. 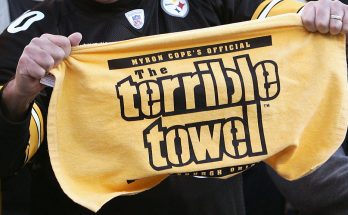