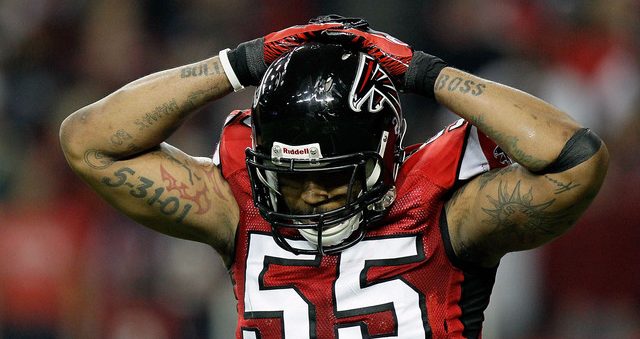 For two weeks in a row, I am recommending the New Orleans Saints as a fantasy defense. It feels like I’m telling you that Jordan Reed won’t get hurt or that Josh Gordon won’t get high.  It feels like a lie.  But the truth is, the New Orleans Saints have been winning games on the defensive side of the ball.  And this week, they are playing an inept Chicago Bears team that has allowed the fourth most points to fantasy defense. The Chicago Bears offense just doesn’t score points and gives up a lot of sacks.  This is a match-up that could get out of hand quickly for the Bears, especially in the Saints get off to an early lead.  This is my number one streaming option for a week eight defense.

The Cincinnati Bengal’s defense has been fairly consistent this fantasy football season.  They’ve only had one really terrible week, which happened in week seven when Pittsburgh scored at will on them.  Luckily for the Bengals, the Indianapolis Colts don’t concern themselves with offensive philosophies like not turning the ball over, not getting sacked or scoring points.  They seem content to continue giving up the most fantasy points to any defense they play.  And that makes the Cincinnati Bengals a premium defensive streaming option for a week eight defense.

It is hard not to know what to expect with the Tampa Bay Buccaneer’s defense.  To date, they have not played up to their talent level.  But they have also been dealing with a lot of injuries on the defensive side of the ball.  Luckily for them, they appear to be getting healthy at the right time and are being rewarded with a favorable match-up.  The Carolina Panthers have given up the 6th most fantasy points to defenses this season.  If New Orleans or Cincinnati are available, I would take them over Tampa Bay.  But the Tampa Bay defense is not a bad consolation prize if you need a week eight defense.

The Atlanta match-up against the New York Jets is an interesting one to me.  On the one hand, Atlanta has a really talented defensive roster.  On the other hand, that really talented roster has been a steaming pile of horse manure seven weeks into the season.  They are playing a New York Jets team that has given up the 10th most fantasy points to defenses in standard scoring leagues.  But it looks like the Jets are actually not a bad football team.  They’re not a good football team, but they are not a bad football time. They are just sort of “meh.”  Which is how I feel about Atlanta’s defense on this match-up.  It could be a really good streaming option.  But it will probably let you down as much as Atlanta has let down their fan base this season.  This is a high-risk/high-reward week eight defense to stream.