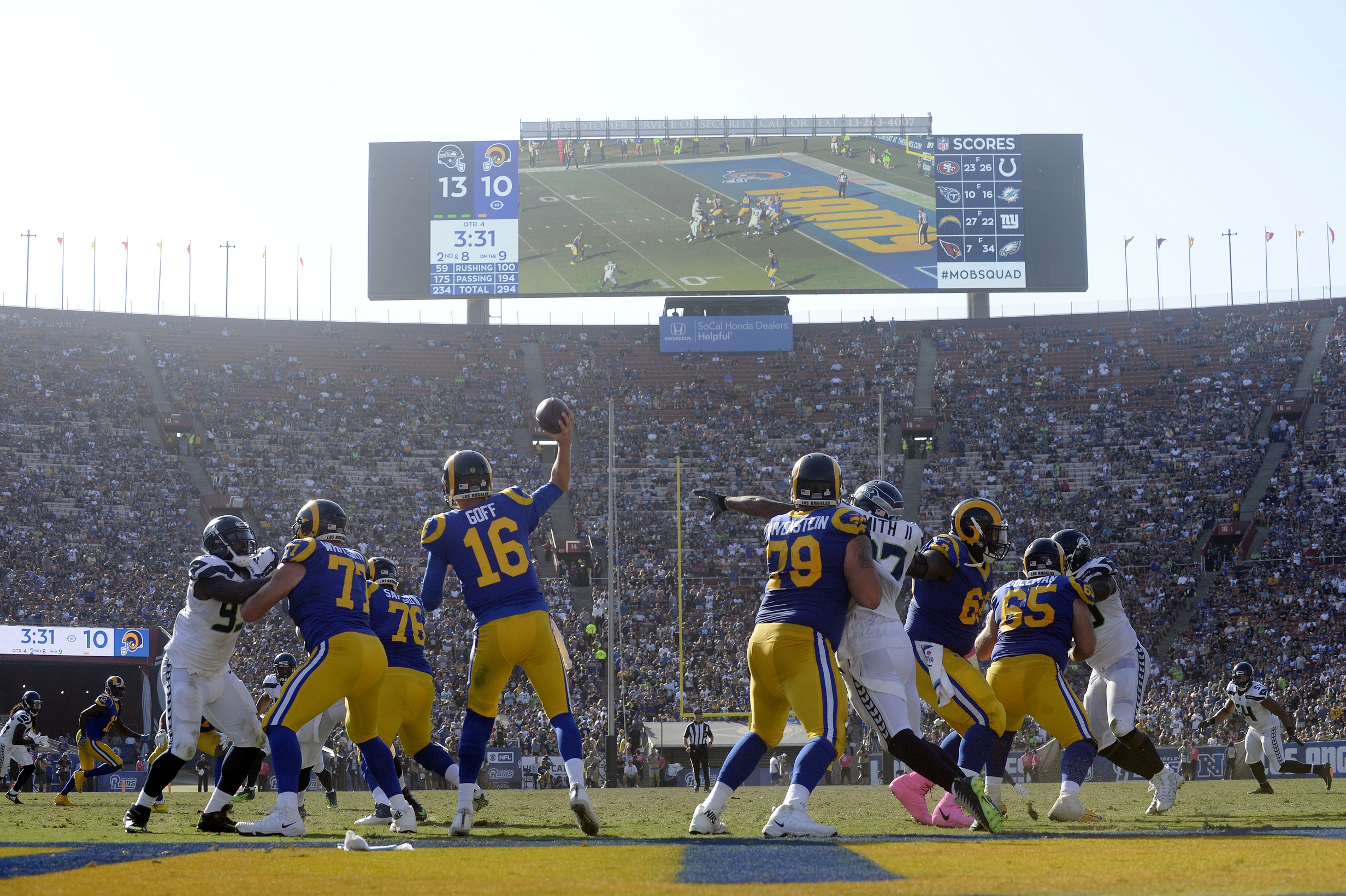 Jared Goff’s emergence from the shadow of Jeff Fisher’s mustache has been one of the ballyhooed stories of the NFL. While it transitions over to fantasy football some weeks, Jared Goff has shown inconsistency at quarterbacking. He flashes some weeks, posting three touchdowns in San Francisco, for example. However, he craters other weeks. Last week in Seattle he had no touchdowns and two picks. This week he takes on a Jacksonville defense that just stymied Big Ben at home. Does Goff have enough in his back pocket to start him this week in your fantasy football lineup?

Starting Jared Goff comes down to splits, as the sophomore signal caller hasn’t performed even-keeled enough to be a set-and-forget starter at this point. He has five games on the season, two against good defenses, and three against bad defenses. The splits are pretty much exactly what you would expect. Against San Francisco, Dallas and Indianapolis, he’s rocking two touchdowns, no picks and 280+ passing yards per game. Things don’t go so smoothly against good defenses for Goff. Against Washington and Seattle, he has three picks and just one score, while throwing for about thirty fewer yards per game. Matchups are the name of the game for Goff.

Goff gets a doozy of a matchup this week with the Jags. The Jaguars haven’t faced a murderers row of opposing quarterbacks, but they’ve turned every QB to go against them into mincemeat. No QB has two scores against them. Last week, Ben Roethlisberger was the only QB to get more than 300 yards (thanks to garbage time) against Jacksonville. Two QBs have been benched against Jacksonville. They’re absolute buzz saws to the opposing quarterbacks, which means Goff is in for an ugly day Sunday.

Jared Goff’s growth this season has been a great story, but he’s far from perfect. Goff takes better advantage of the weapons around him, but he still falls victim to good defenses. This week he gets, literally, no lie, the worst possible matchup. Keep Goff on your bench for now, even in a deep league or a two-QB league. He’s going to be an absolute disaster this weekend.