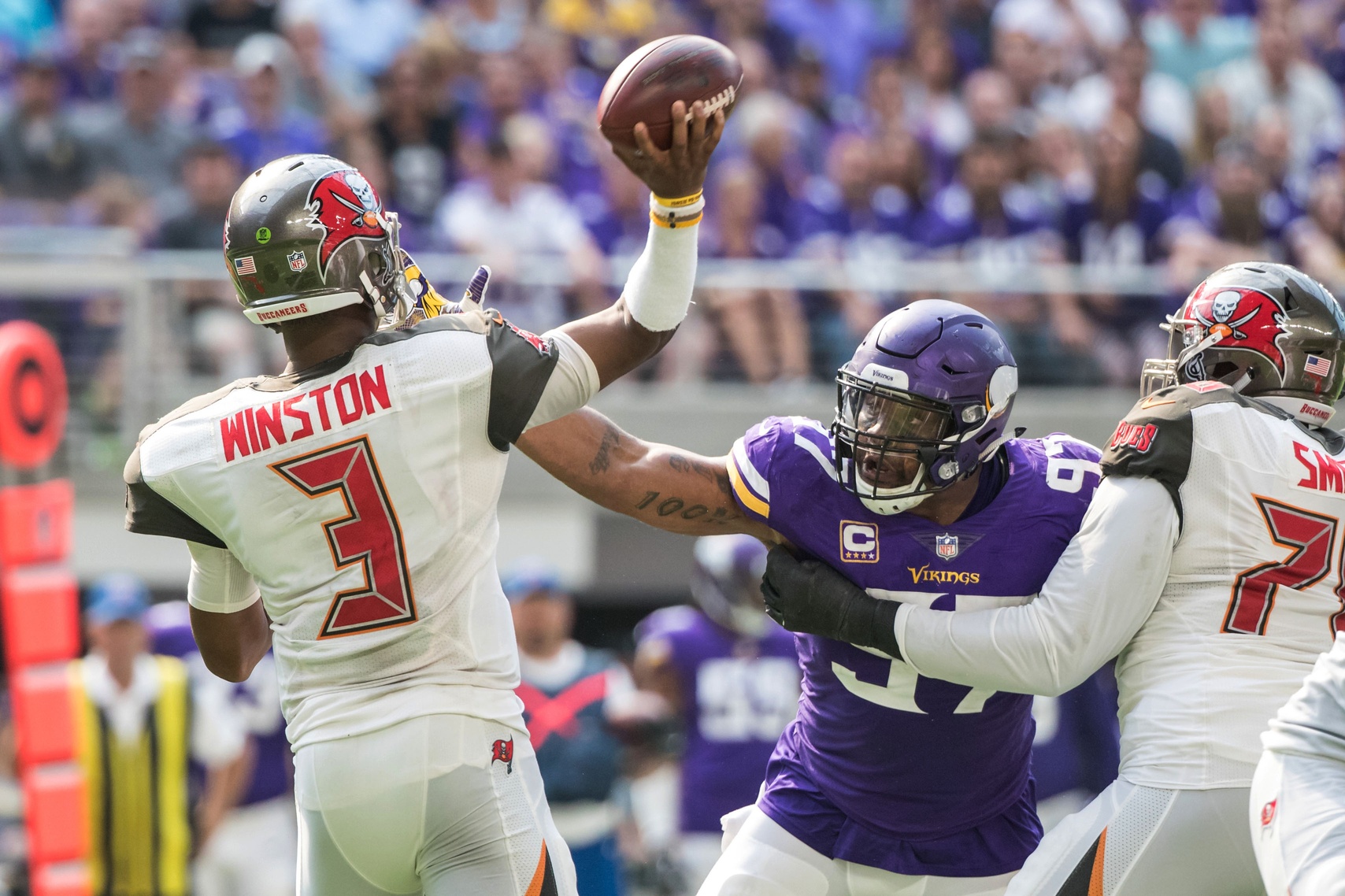 Jameis Winston has been a hard nut to crack so far this season. He lost week one to a hurricane-induced bye week, which means there’s a smaller evaluation sample size than the already small four-game sample the rest of the league. This week he takes on the defending champs, who are starting to show some chinks in their armor. Given that you drafted him to platoon him, or as your second quarterback, is this the week where you fire up Jameis in your fantasy football league?

So far on the season, Jamieis Winston averages 288 yards, two touchdowns and an interception per game. Those top level stats lie and lie a lot. Winston has played three very different games, as evidenced below:

What does this information tell you? Well, it tells you that Winston has ramped up and that he succeeds despite the matchup. All three opponents have yielded the third-fewest fantasy points to quarterbacks per game this season. His opponent this week doesn’t exactly limit the opposing quarterback and doesn’t do much to slow down the game to limit their production.

There are some issues: the Bucs play on Thursday Night Football, two fluky broken plays led to TE touchdowns last week and the return of Doug Martin poses concerns. First, the TNF is a definite issue, but it helps Jameis (and this ties into the return of Doug Martin). Given that Martin will have three days with the team before the game, it’s likely they stay with Jacquizz Rodgers, just for this week. That won’t be a significant issue. The fluky broken plays to TEs are likely to make a comeback. The Patriots allow the most fantasy points per game to the quarterback, but they allow it through the tight end. Jameis isn’t the only one who will have a big day Thursday, expect O.J. Howard and Cameron Brate to feast, as well. Fire up him up wherever you own him, without question.