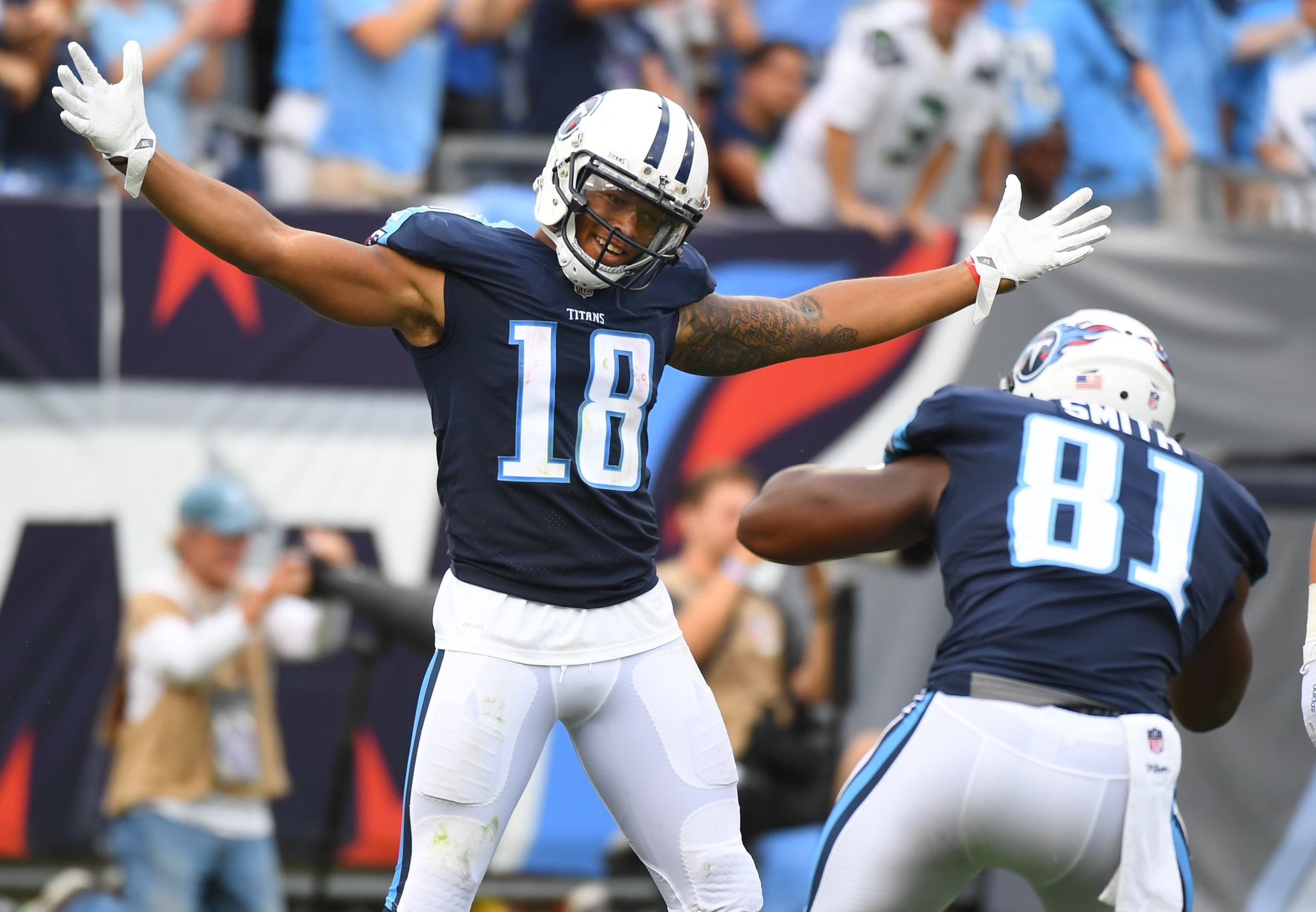 Coming into the season, the biggest fantasy football knock on Rishard Matthews from last season were the additions around him. The Titans added Eric Decker, Corey Davis and Taywan Taylor, ostensibly pushing Matthews all the way down the depth chart. Much like the legendary Greek Titans, they have all fallen by the wayside. Decker and Mariota can’t get on the same page, Davis is hurt and Taylor does nothing. That leaves Matthews back where he always was, at the top of the WR depth chart. Is that enough to start him this week?

Realistically, at this point, Rishard Matthews is in basically the same position that he was last year. Where was he last year? Well, his 945 yards and nine scores on 65 receptions were good enough to get him the WR15 ranking last year. That’s a decent starting point for him now at this juncture. While he’s only currently on pace for five touchdowns instead of nine, his per-game averages for targets, receptions, and yards actually increased over the first three games this season. We had all decided they would decrease due to the weaponry around him. He’s actually a better player this year, despite us all trying to drag him this draft season.

This week he gets a Houston Texans team that has allowed the tenth-most fantasy points to wide receivers this year. On paper, they shut down the Jacksonville and Bengals passing games. In reality, the Jags losing Allen Robinson for the year and left the Jags reeling in week one. Then in week two, the Bengals were so bad on offense that they fired their head coach. The Texans stopped opposing wide receivers like David Carr’s Texans stopped opposing pass rushers; they put themselves sort of in the way and hoped the other guys fell down. Last week they took on a New England team that aired it out, giving four touchdowns to wide receivers in the game.

While Marcus Mariota isn’t exactly Tom Brady, he does funnel enough targets towards Rishard Matthews against a hinky pass defense to make him a decent play this week. If you’re questioning Matthews or one of the myriad of players taken in the 20-30 range, play Matthews this week. You drafted him because you believed in what he did last year, and he’s playing better than that through three games.