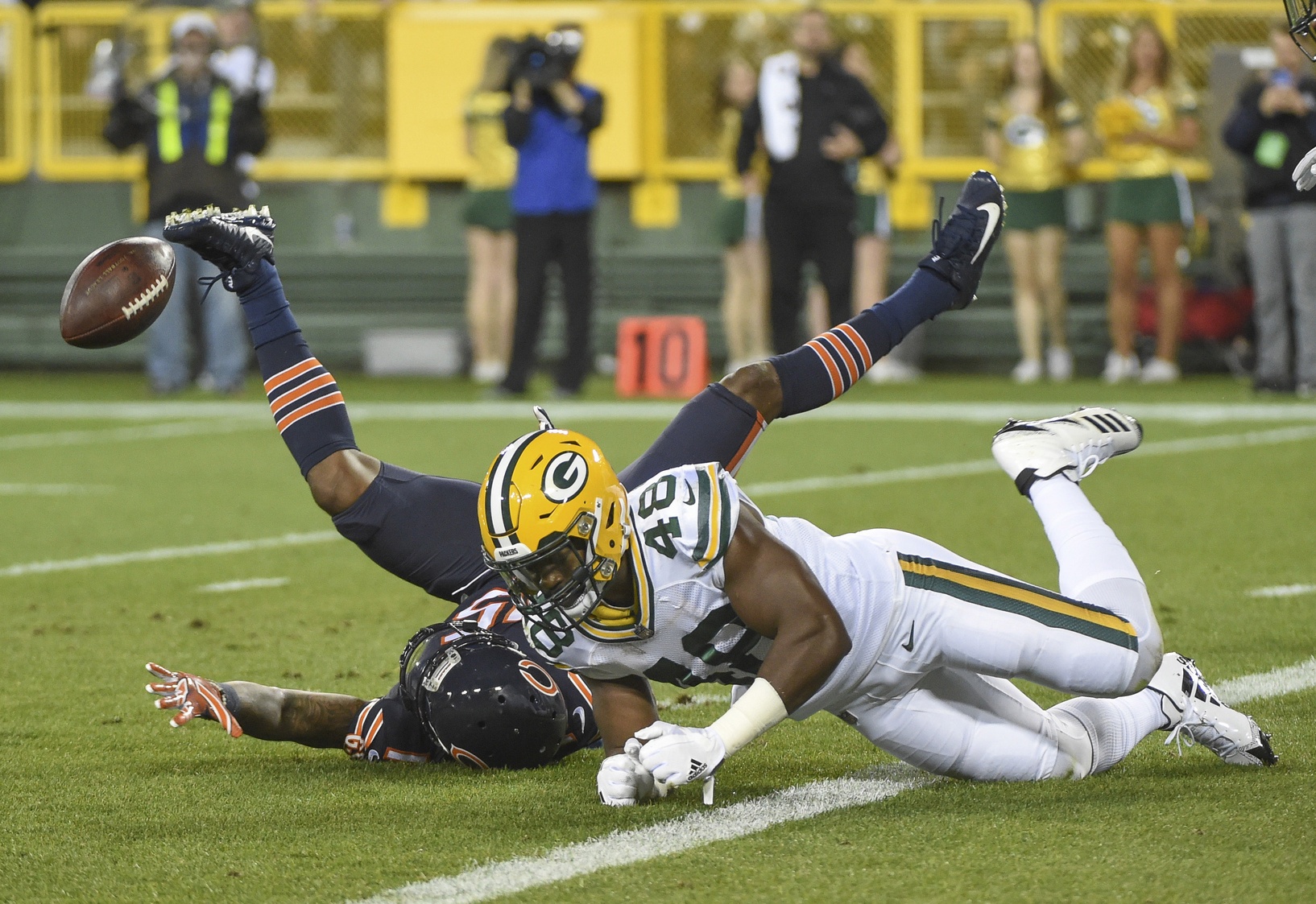 Last week’s Thursday Night Football had it all. It was one of the most exciting games all year. A massive rain delay exactly at the end of the first quarter gave the Bears a respite from the slaughter, but it wasn’t enough. Thursday Night Football is much like physics; for every great game, there’s an equal and opposite terrible game. Luckily for you, this game is all about the follies and foibles that befell the teams, not about good play.

5. MAYBE THE CHINESE ARE ON TO SOMETHING
The Chinese consider the number eight extremely lucky. No lie, I once did a payout at work for $890 dollars and my Chinese claimant requested $888 instead. That’s how lucky it is. Maybe they’re not so crazy? The first eight plays of the game on the Packers’ opening scoring drive went to Randall Cobb, Ty Montgomery and Martellus Bennett. 18-88-80. The player that broke the streak? Davante Adams, who wears 17 (1+7=8). I’m not big into numerology, but maybe I should be.

4. TONY ROMO IS VERY GOOD, GUYS
Romo continued his Nostradamus streak, predicting a fade to Kendall Wright and an Aaron Rodgers bootleg. Oh, and during the extended rain delay he had a soliloquy on the plastic bags he saw floating through Lambeau. Yes, he invoked American Beauty.

This is what I hear when Tony Romo is in the booth. pic.twitter.com/pTh4VyCOBb

He was equal parts Jon Gruden and Pepper Brooks on Thursday night, and Twitter loved him.

Romo with the plastic bag in American Beauty reference! Call it a night

We just need Tony Romo to talk for the next 10 minutes. Non-stop.

3. THE BEARS PUT UP A BIGGER FIGHT ON TWITTER, BUT THE RESULT WAS THE SAME
Mike Glennon had a really bad botched snap. It was… Not great.

The Twitter account for the foremost crispety crunchety peanut buttery candy in America took the opportunity to swipe at the Bears.

The Bears responded, but Butterfinger immediately buried them with multiple Certified Good Tweets™

2. THERE SEEMS TO BE A DIFFERENCE BETWEEN MIKE GLENNON AND AARON RODGERS

Aaron Rodgers tosses a BOMB to Jordy Nelson for a huge gain!#GoPackGo https://t.co/GQtebp98cL

…Yes, these were back-to-back plays.

1. TARIK HOW WOULD YOU DESCRIBE THE BEARS, IN TWO WORDS?

This game started with so much promise for farcical goodness, but ultimately descended into the same boring slog every blowout ends up being. There was just so much crammed into the first half that I couldn’t get into the fact that Mike Glennon had four turnovers or that the Bears almost muffed a spectacular punt. And I didn’t even get into the fact that Mike Glennon makes $13 million this year and Colin Kaepernick makes $0.

Or that Aaron Rodgers had two passing touchdowns before Mike Glennon threw a pass.