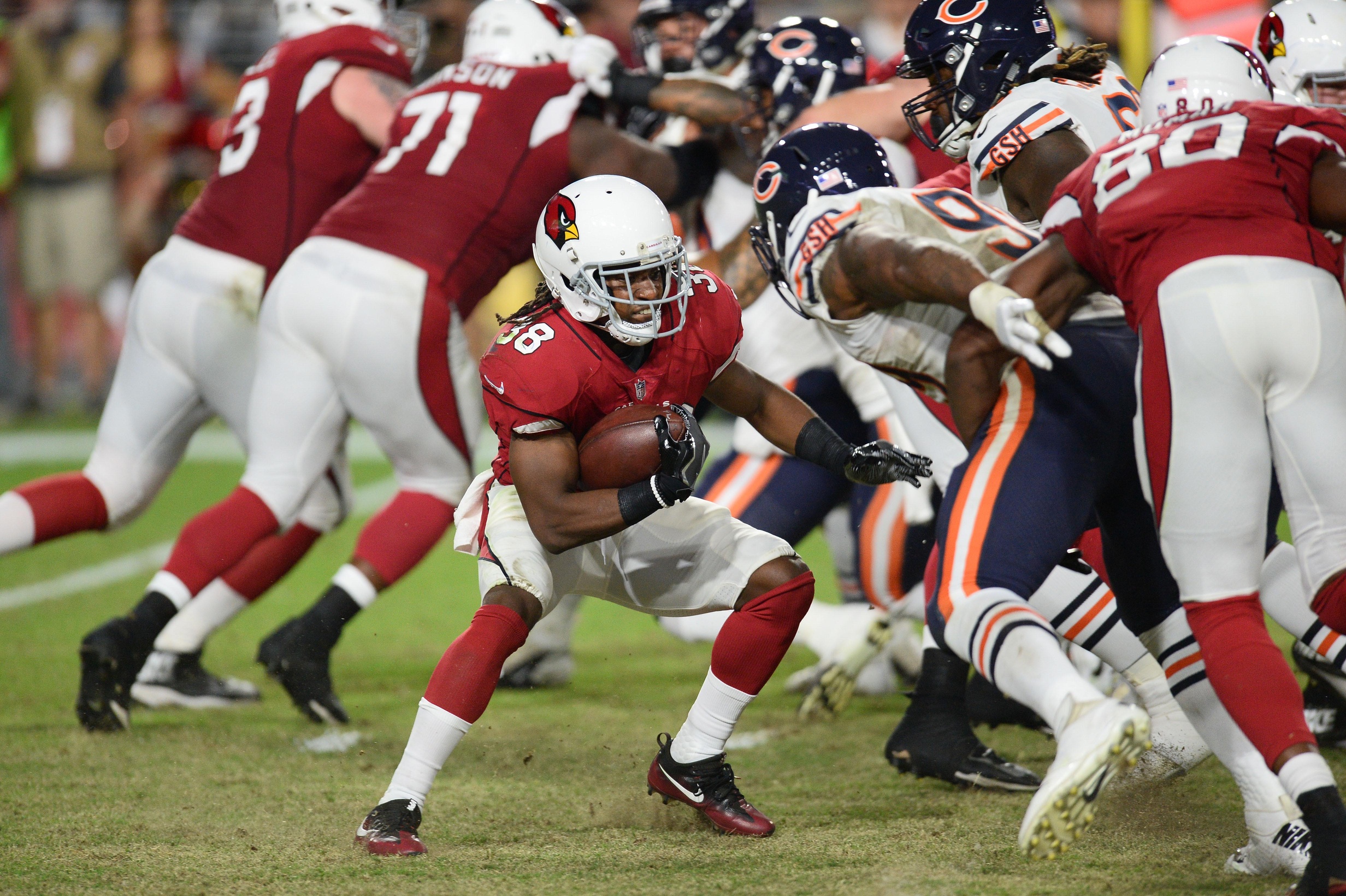 Fantasy football owners so far this season have had every need to stream running backs, as David Johnson’s injury and questions surrounding top-twenty backs like Isaiah Crowell, DeMarco Murray, and Marshawn Lynch. Desperate fantasy football owners can look to the wire for patch jobs this week, and we are here to help. The week three streamers article contains two running backs available in 50% or more of Yahoo! leagues. The third player is available in 90% or more of leagues for the exceptionally desperate. Ownership figures are as of Thursday morning.

Jamaal Charles versus Oakland (44% owned)
Last week Charles had a vintage Jamaal Charles six-yard touchdown run that has me all in a tizzy. While he is unlikely to top ten touches (he has ten, ten and ten in his first three games). Jamaal’s long run last week reminds me of some long runs by another player last week: Chris Thompson. Thompson pulled that off against the Raiders, who take on Jamaal Charles and the Broncos this week. This is a home run play for now, but Charles is a smart stash for the inevitable C.J. Anderson injury.

Andre Ellington versus San Francisco (14% owned)
The biggest knock on Ellington is his fragility, not his ability. The Cardinals figured out how to get him the ball in space to emphasize the second part, not the first. Ellington usually runs through the tackles to show off his fragility, and a conversion to a satellite back is ideal. He tried to convert to WR this offseason, and this is a good compromise. He takes on San Francisco this week, who had an all-time terrible run defense last year. They’ve gotten much better this year, as they’re sixth instead of the worst ever. They have allowed double-digit fantasy points to a back each game this season. If you think that’s CJ2k, go for it, but my money is on Ellington.

Mike Tolbert at Atlanta (4% owned)
The Human Bowling Ball has at least eleven carries in two-of-three games this year and will make that three-of-four this weekend. A 9-3 slobberknocker against the Panthers kept him from the requisite carries in week two. Given the Falcons force everyone into shootouts, that’s unlikely to happen this weekend. The Falcons allow the fourth-most fantasy points to running backs, and did so with the Lions abandoning their RBs last week. There aren’t enough quality offensive options in Buffalo for Tyrod to ignore Shady McCoy and Tolbert.