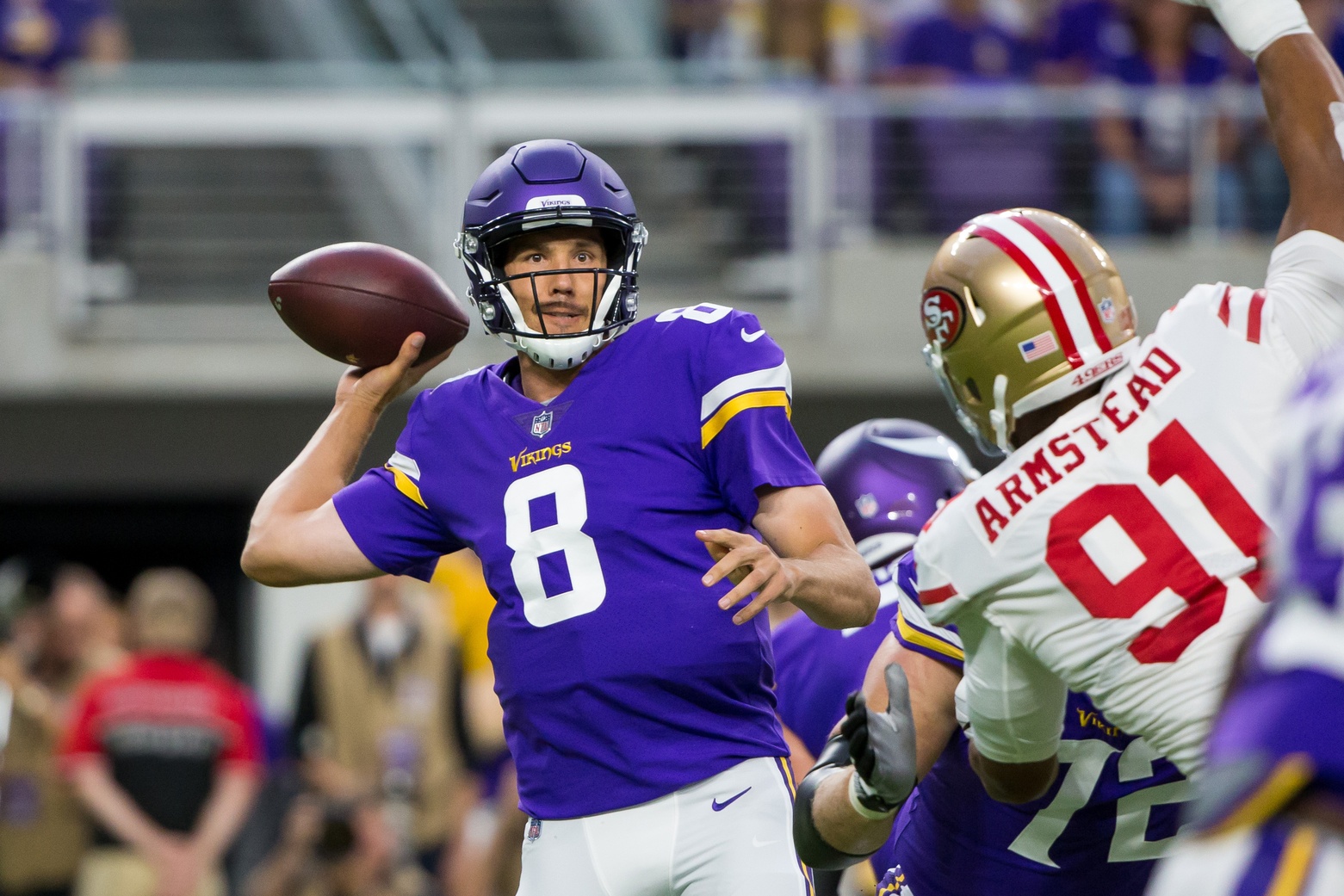 While most week ones are not candidates for scouring the fantasy football waiver wire for streaming candidates, most week ones don’t have a game cancelled due to the biggest storm in the history of everything (might be an exaggeration) and most week ones don’t have the top quarterback prospect of the last decade out for an indefinite period of time to start the season. The week one All Stream Team kicks off with two signal callers available in 50% or more of Yahoo! leagues that are good streaming candidates, and one available in 90% or more of Yahoo! leagues.

Tyrod Taylor versus Jets (50% owned)
Taylor has gone by several nicknames over the last few seasons, Tyrod Time, TyGod, The Quarterback the Bills Inexplicably Want to Dump, but this week, he’ll be a top-fifteen quarterback as he gets to take on the most blatant example of tanking this side of The Process. While the Bills will focus on LeSean McCoy, a big part of McCoy’s game is doing the hard work on dump-offs and screens. While Taylor has limited upside due to the run-heavy scheme, his incredible deep ball can add a 40-yard touchdown to your fantasy point total at any moment.

Sam Bradford versus New Orleans (23% owned)
There’s one thing you can count on when you take on New Orleans, and that is that you’re going to be in a shootout. Quarterbacks last season averaged 17.83 fantasy points against them, including 17.5 points or more in four-of-five games to close the season. This will be just the second time in Bradford’s career that he gets an offseason without learning a new offense, which will absolutely help things (as will actually spending the offseason with the team). The Vikings built the offense around a quick passing game, and added a pass catcher in Dalvin Cook to help shore up Sam Bradford’s weapons. He dinks and dunks, but he’ll dink and dunk his way to around twenty fantasy points this week in a plus matchup.

Jared Goff versus Indianapolis (6% owned)
The #1 overall pick last season had a terrible first year in the NFL. That sort of thing can happen when you have The Mustache leading your offense instead of a real coach. With Jeff Fisher out of the picture and Sean McVay running the offense, expect Goff to take a step forward this year. It isn’t going to be consistent fantasy relevance, but the Colts travel to Indianapolis as a team held together with duct tape and bubble gum because the only good thing they’ve been able to pull off in the last decade is drafting Andrew Luck, who is hurt. Goff is a home run swing going up against one of the most putrid defenses in the NFL, a defense without the services of two of their starters in the secondary: Vontae Davis and Clayton Gaethers. Just don’t expect to see Goff repeat his performance in week two and beyond.