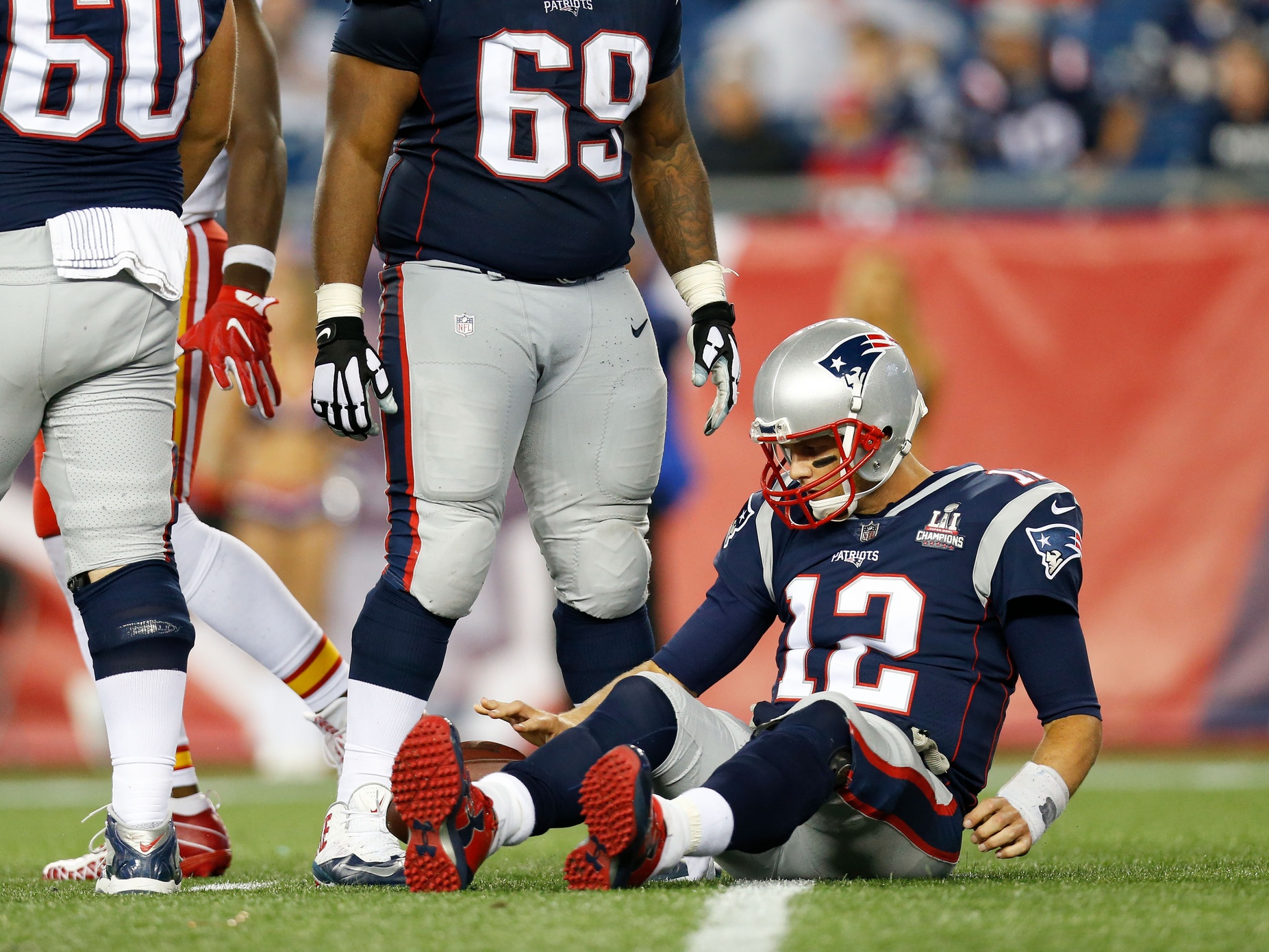 While Thursday Night Football is usually spectacularly awful nonsense due to the short week, this game was spectacular. That having been said, the game did not escape without its own fits of failure. Here are the top five moments of insanity or futility you may have missed:

5. NATIONAL ANTHEM PROTEST WATCH
Marcus Peters sat during the National Anthem, and nobody else did. Al Michaels was audibly annoyed with having to tell us all that.

4. THINGS IN THE FIRST HALF THAT HAPPENED AS MANY OR MORE TIMES AS TRAVIS KELCE CATCHES
Travis Kelce is one of the best tight ends in the NFL, topped by only the guy who played opposite him tonight. He had one catch at the half. Here are the things that matched or exceeded that count in the first half:

3. ALEX SMITH CHANNELS HIS INNER REX “SEX DRAGON” GROSSMAN
Alex Smith promoted to Admiral Checkdown in the first half, with most of his passes going less than twenty feet in the air to start the game. Then he cracked open Patrick Mahomes and absorbed his big armed power. Let this excited Chiefs fan fill you in:

Tom Brady's @EAMaddenNFL Awareness rating bumped down to a 2. pic.twitter.com/wVEjYLHh50

1. WHAT IS THIS REF WATCHING?
Every scoring play is reviewable, and this is done hundreds of miles away from tonight’s game in New York. Yet after Rob Gronkowski scored a touchdown (later ruled a drop), the NFL couldn’t let a marketing opportunity pass them by. This referee had a full-screen shot of him for several seconds watching the play. Why? I’m sure the brand on the side of the box had nothing to do with it. No siree.

And since this game was actually good and light on farcical comedy, I’ll leave you with the best sight you could see tonight. “We’re on to New Orleans”