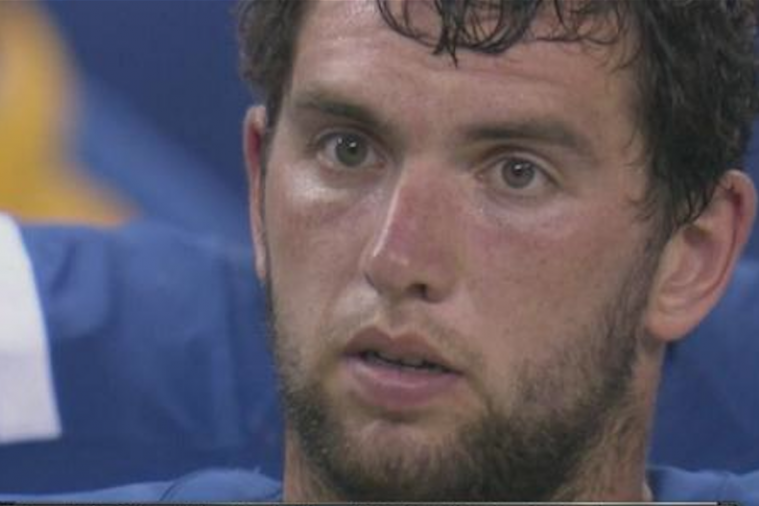 Andrew Luck’s currently the NFL’s Schrodinger’s Quarterback. He’ll be fine, or he’ll miss a bunch of time. Or he won’t miss much? His labrum tear will tear the team’s fantasy football prospects apart. Let’s assume he misses 2-3 weeks; he still hasn’t thrown and will need to get his act together. You’re looking at maybe six weeks of Scott Tolzien’s steady hand at the helm? You may be better off fading your Colts just in case. If you don’t think that’s a great idea then, by all means, keep reading.

Sleeper – Jack Doyle, Tight End
Andrew Luck has always thrown to the tight end with the Colts, with Coby Fleener and Dwayne Allen combining for 9.15 targets per game with Luck under center. Fleener moved on to New Orleans last year, and Allen currently runs routes for the defending champs. That leaves Jack Doyle as the apple of Luck’s eye. He should see a drastic uptick in targets this season, and should he do so, he will produce at a good backend top-ten tight end level, and he’s currently going as TE13. There are two encouraging things with Doyle. First, if you take all of Dwayne Allen’s and Coby Fleener’s rate stats with Luck and scale them to a tight end getting the bulk of the targets (95, in this case), you get 688 yards and seven touchdowns. Should Doyle get sufficient targets, that’s his floor. There’s also his ceiling; in two games without Allen last season, Doyle saw 6.5 targets per game, hauling in 5.5 of them, scoring once. His full-season pace is TE1, but let’s not get hasty here. Doyle represents finally cleaning up the target mess between Fleener and Allen and putting them in one tight end.

Bounce Back – Andrew Luck, Quarterback
Andrew Luck hasn’t started throwing yet following labrum surgery so injury questions will find him as a value. He currently goes in the seventh round, behind Aaron Rodgers, Tom Brady, Drew Brees and Matt Ryan. He took a slight step back last year, but a lot of that has to do with a ravaged receiving corps and Luck trying just way too hard to make something happen. Injuries have cost him part of two seasons, but let’s not forget his last sixteen-game season saw him throwing for 40 touchdowns and 16 interceptions. Luck will need to learn to throw the ball away and not try to play hero ball, but it’s time he finally puts it all together and returns to form. He’s thrown touchdowns at the third-best rate since 2014 and has the fourth-most yards per game. The only thing keeping him from the top-three annually is his interception rate. With Donte Moncrief, T.Y. Hilton, Phillip Dorsett and Jack Doyle in tow, Luck has plenty of targets to choose from, and should he reel in that interception rate, he has all the tools to take advantage of his weaponry. This is, of course, assuming Andrew Luck comes back from his labrum tear sooner rather than later. There are so many other QBs out there that it might be

Bust – Frank Gore, Running Back
Father Time is undefeated, and Gore, now 34, has done his best to slay the dragon. Unfortunately for Gore, this year is likely the end of the line. While Gore is a next-level grinder, the grinding will result in him becoming dust this year. His 1054 carries over the last four seasons are third, behind DeMarco Murray and LeSean McCoy. The last four years are significant because those are carries since he’s turned thirty, the age where backs traditionally breakdown. He’s already had a late career run not seen in a long time, but he’s averaged under four yards per carry only twice in his career: 2015 and 2016. The addition of Marlon Mack also gives Gore less room for error, as the rookie will be ready to eat up snaps from him should he falter. All this is baked into Gore’s ADP as RB30, but that’s pricing in Gore’s downside without recognizing his upside is basically gone at this point.