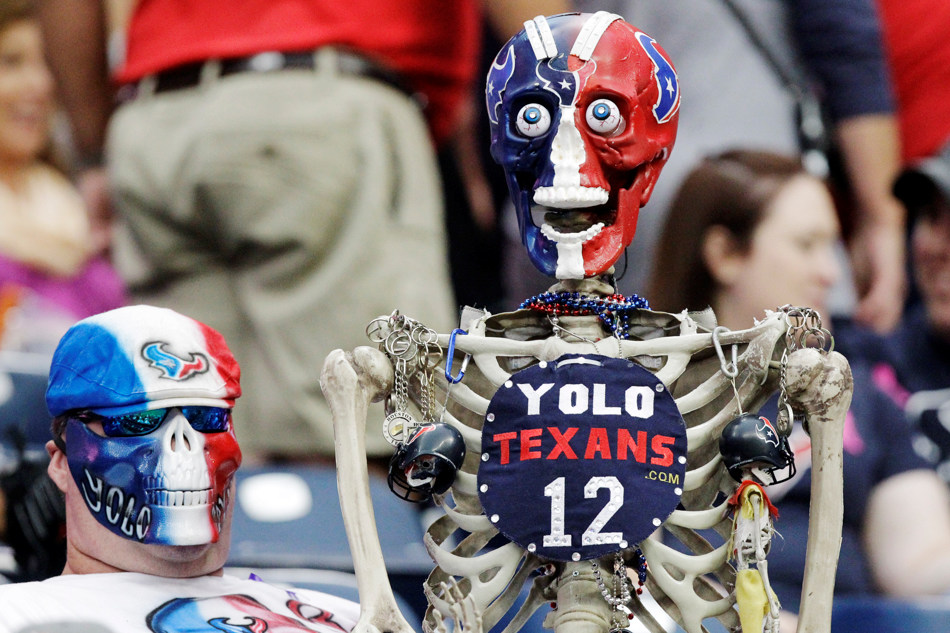 The Texans thought it would be a great idea to trot Brock Osweiler out last year after being embarrassed by the likes of Ryan Mallett and Brian Hoyer in 2015. Hoo boy were they wrong. Osweiler stunk out loud and brought everyone else down with him, especially in fantasy football. Now the nation watches as the Texans decide if they are going to do something smart or go with Tom Savage. Either way, there’s nowhere to go but up for most of the fantasy football prospects in Houston.

Sleeper – Will Fuller, Wide Receiver
I wouldn’t recommend drafting Fuller, since he ended 2016 with a series of wet farts and won’t be around for most of the fantasy football regular season, but he’s definitely a name you need to stash away. Fuller kicked off his NFL career with a bang, scoring 44.3 fantasy points in his first four career games, and then… nothingness. His first four games accounted for 58.9% of his fantasy points, as he did not top even six points in any game for the rest of the season. A lot of that, like a lot of the ills in the Texans’ passing game, can be chalked up to the terrible play of Brock Osweiler. Fuller is free in basically every single fantasy football draft, and should DeShaun Watson beat out Tom Savage (he will), Fuller will return great value. He had 92 targets last year, and almost none were good. We’ve already seen what he can do with his first handful of games last year. Watson can’t be worse than Osweiler, and there’s no #2 behind DeAndre Hopkins other than Fuller, so he should be on a 100-target pace once he returns from injury about midway through the season. A higher quality of target means better production for Fuller and a breakout season down the stretch.

Bounce Back – DeAndre Hopkins, Wide Receiver
Never has a higher quality receiver been able to do less with as many targets as Hopkins saw in 2017. Like Fuller, merely improving the quality of targets Hopkins receives means he is a no-brainer to bounce back in 2017. He saw 151 targets last year, but the quality was so bad it shaved 6% off his career reception rate. Hopkins is a shoo-in for 150+ targets again this year, as he has averaged 157 since his sophomore year. Hopkins, by talent, is a top-seven wide receiver, but being saddled with Brock Osweiler last year has him dropping all the way to WR12 this year. Question marks abound for Hopkins, but he has enough talent and opportunity that he will take full advantage of his situation. To put it another way to show how much of an outlier his 2016 campaign was: Hopkins was just the eighth player ever to get 150 or more targets and fewer than 1,000 yards and one of twelve players to get four or fewer touchdowns on 150+ targets (out of 177 players to get 150+ targets). Sheer regression will bring Hopkins back up to top-ten WR production.

Bust – Lamar Miller, Running Back
This needs a less harsh label than bust, as Miller will continue to be a productive back on a per-opportunity basis, but he will continue to share the load. Miller has been an annual breakout darling on his per-target and per-touch basis, but he has never gotten enough of the workload to take the anticipated step forward. He finally had 268 carries last year, and his efficiency plummeted so he may be better suited to a shared role. Two coaching staffs in Miami and now Bill O’Brien have done this, so it isn’t a coaching issue, it’s a Miller issue. He’s the #13 running back off the board, mostly on his upside, and he’s likely to end up in that range. This “bust,” label is just a bulwark against hype pieces and projecting upside. His upside is limited as he becomes increasingly less efficient as his carries increase, outside of running behind an amazing run blocking offensive line in 2014. He’ll still be a good back to own, but the upside just isn’t there this year.