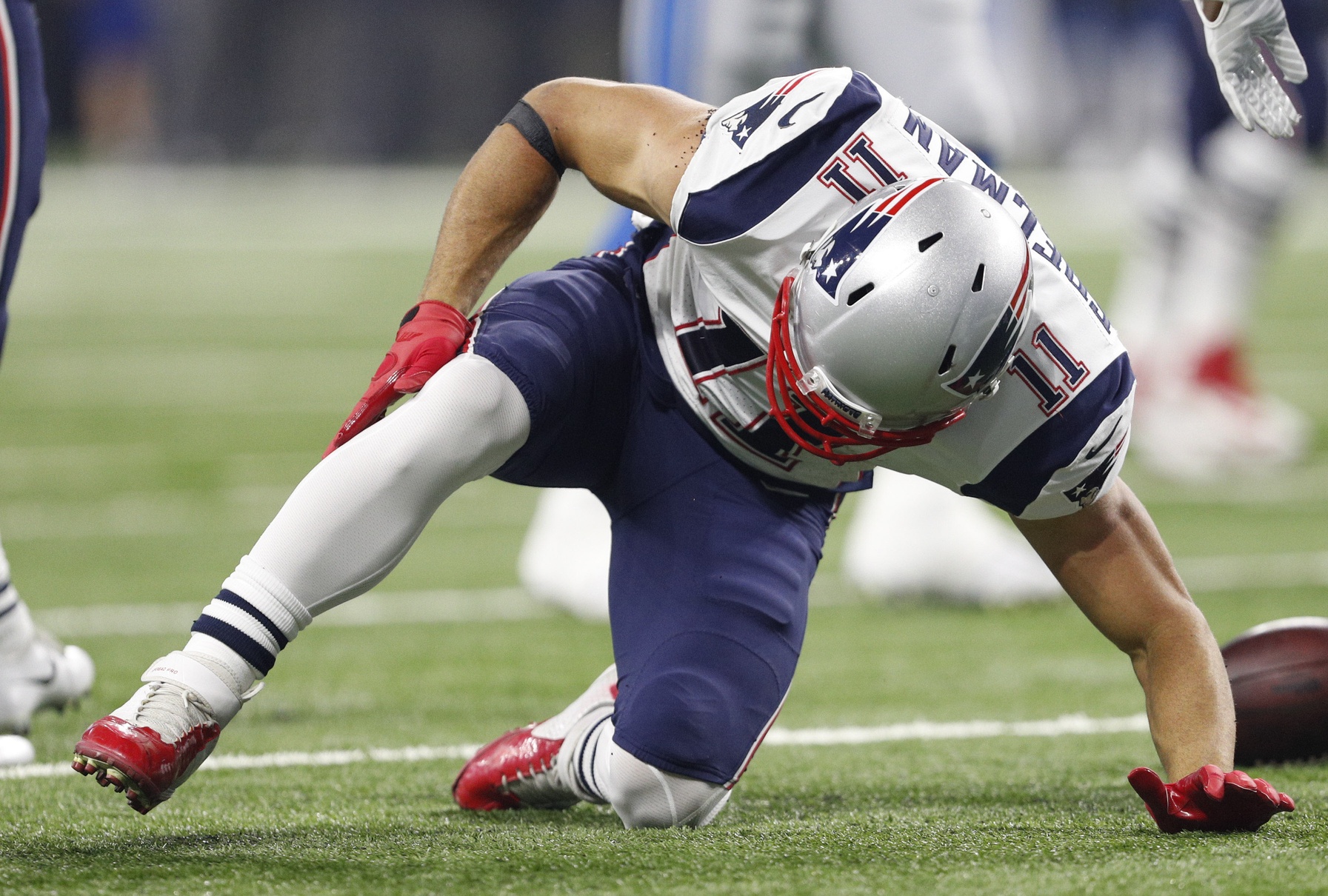 Full disclosure, the Julian Edelman injury caused me to entirely rewrite this article, that’s how deep and confusing the labyrinthian scheming of Belichick dives. Losing one slot player means he could completely rejigger the offense in a completely new direction. The problem is we have no idea where that direction could go that could completely bust your fantasy football draft. More running backs? They have four good ones on the roster. Refocus around a new player in the slot? They have an Edelman clone, basically. Divvy up the targets evenly? With Gronk, Brandin Cooks, Chris Hogan, Dwayne Allen and a handful of pass-catching backs on the roster, that may be a possibility. Nobody knows. That’s why it’s Belichicanery.

Sleeper – Dwayne Allen, Tight End
Allen spent the first five years of his career with the Colts, where he had limited target volume but obscene numbers of touchdowns. He was Andrew Luck’s favorite red zone target and produced very well on a per-target basis when Luck was around over the last few years. With Luck around since 2014, Allen has averaged 2.12 PPR fantasy points per target. For reference, his new teammate, Rob Gronkowski, has produced 1.95 points per target in PPR (with Tom Brady) since 2014. In short, Dwayne Allen has made the most of his opportunities, mostly due to red zone production. The Patriots went and traded for Allen after riding Bennett and Gronk to the Super Bowl, so they plan on targeting him. The Edelman loss means there are more targets to go around, and Allen should see an extra target or two a game as Brady divides the pie among the pass catchers; a good chunk of those targets will be in the red zone. He’s literally free in most leagues and is a deep sleeper worth watching.

Breakout – Mike Gillislee, Running Back
Gillislee spent his 2016 campaign frustrating the daylights out of LeSean McCoy owners, and he finally has a chance to break out on his own. He’s been a diamond in the rough his entire career, as he has consistently registered Surprisal Scores at an above-average rate, with only four of his games registering as below-average (on a per-carry basis); all four are barely below average, too. He gets the chance to be the man in New England, a role previously unseen before being filled by LeGarrette Blount. The backfield is a complete mess, and Gillislee has been hurt going into the season. This isn’t a recommendation to draft Gillislee, quite the opposite in fact. It’s almost certain he will start off slow and have you questioning your draft pick. Instead, let that owner become frustrated and trust that the most talented back on the roster will win in the end. You should get him for a song in week four or five.

Bust – Rob Gronkowski, Tight End
I’m a firm believer that an early tight end pick is a wasted pick, and Gronk is no exception. He’s going in the middle of the second round, and if he can escape injury and Travis Kelce nipping at his heels, he’ll be worth it. I’m just not confident he will do either. Since 2012, Gronk has missed 24 of 80 games, or 30% of all possible games, and that doesn’t include his nine games he left with injury or acted as a decoy. That knocks that uselessness number up over 40%. In 2016, he was 0.5 points better than the #5 tight end, in 2015 that number was 2.3. With Travis Kelce, Tyler Eifert and Jordan Reed nipping at his heels, Gronk’s status as the no-question #1 tight end is in serious jeopardy.