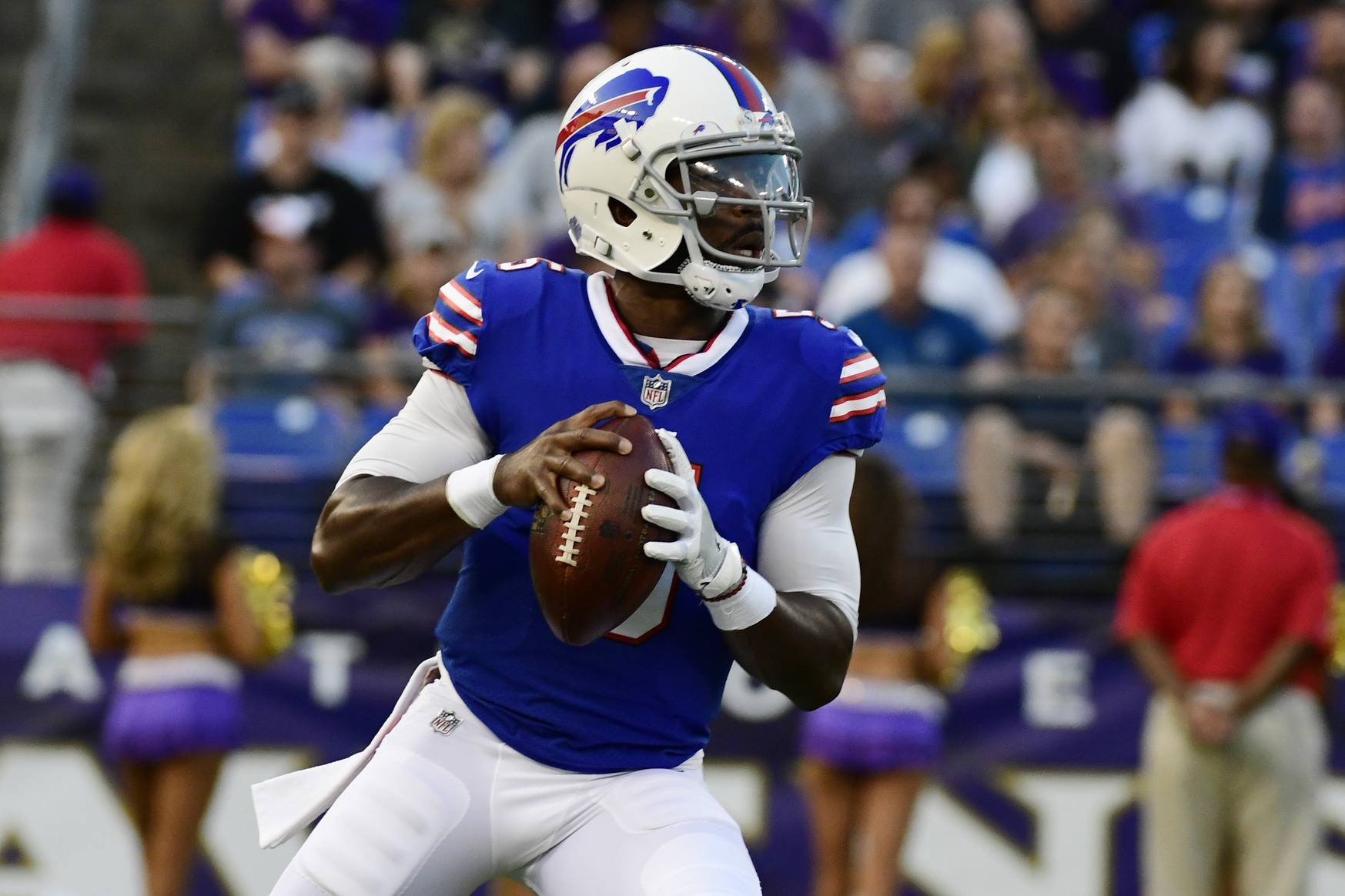 Full disclosure: I wrote this like three weeks ago and the Buffalo Bills have basically imploded since then. They traded Sammy Watkins, they had Anquan Boldin come and go (and he was actually a Bill longer than Mooch was a thing), Jordan Matthews snapped his chest off, Tyrod Taylor and TJ Yates both have scrambled eggs for brains right now and I’m not 100% certain Keith Wenning, who they just signed in free agency, isn’t a Madden 18 randomly generated player. The Bills are a mess and are going to be a mess for your fantasy football team.

Sleeper – Zay Jones, Wide Receiver
The Bills took the East Carolina wider receiver with the fifth pick of the second round, putting a good #2 option behind Sammy Watkins Jordan Matthews to fill the hole left with Robert Woods’ departure. Given his innate talent and Watkins’ proclivity for injury, Jones is a dark horse fantasy football sleeper for 2017. Jones’ talent was evident in college, as he left the AAC as the all-time FBS receptions leader. Then there’s Matthews’ inability to be a reliable target giving Jones a shot. Should the Bills give up on targeting Matthews in earnest, Jones will be the recipient. Jones is the #60 WR off the board, and even if Matthews plays all 16 games, he should still surpass that draft stock. If Matthews goes down, he becomes the main man in Buffalo.

Breakout – Tyrod Taylor, Quarterback
Taylor hasn’t been asked to throw the ball a ton the last two years, as his 851 pass attempts ranks dead last among quarterbacks to start at least 29 games over the last two seasons. He sits a full 4.5 passes per game behind the player just ahead of him, Andy Dalton. It goes without saying that for Taylor to break out, he needs to throw the ball more. His rate stats show that he produces well enough to be in the fantasy conversation; his touchdown rate is just behind backend starters Kirk Cousins and Jameis Winston, and his 1.47% interception rate is bested only by Aaron Rodgers’ 1.27% in the last two years. The only issue for Taylor is the opportunity, which the Bills seem to be ready to give him. They got a pass catching tight end in Charles Clay, and spent a high draft pick on Zay Jones to put weapons around Taylor. He should throw more, which would lead to more fantasy production, and starting value.

Bust – Sammy Watkins, Wide Receiver
Remember how I said I wrote this three weeks ago? This applies, just to Los Angeles now:
This has nothing to do with Watkins’ talent as a receiver. He’s an astoundingly talented player, but the best predictor of future injury is past injury. His foot has been a nagging issue for two years, and he had a second surgery to surgically repair the fracture. He also missed four games in 2015 with two unrelated injuries, and has no reliable week-to-week usability. He’s extraordinarily fragile, and is being drafted just slightly too high due to his promise and upside. He’s WR16 right now, which is not too bad of value; he could end up WR6 due to a breakout, or WR66 after he misses half the season. That’s your bet to take, but he’s the most likely bust candidate on the Bills.