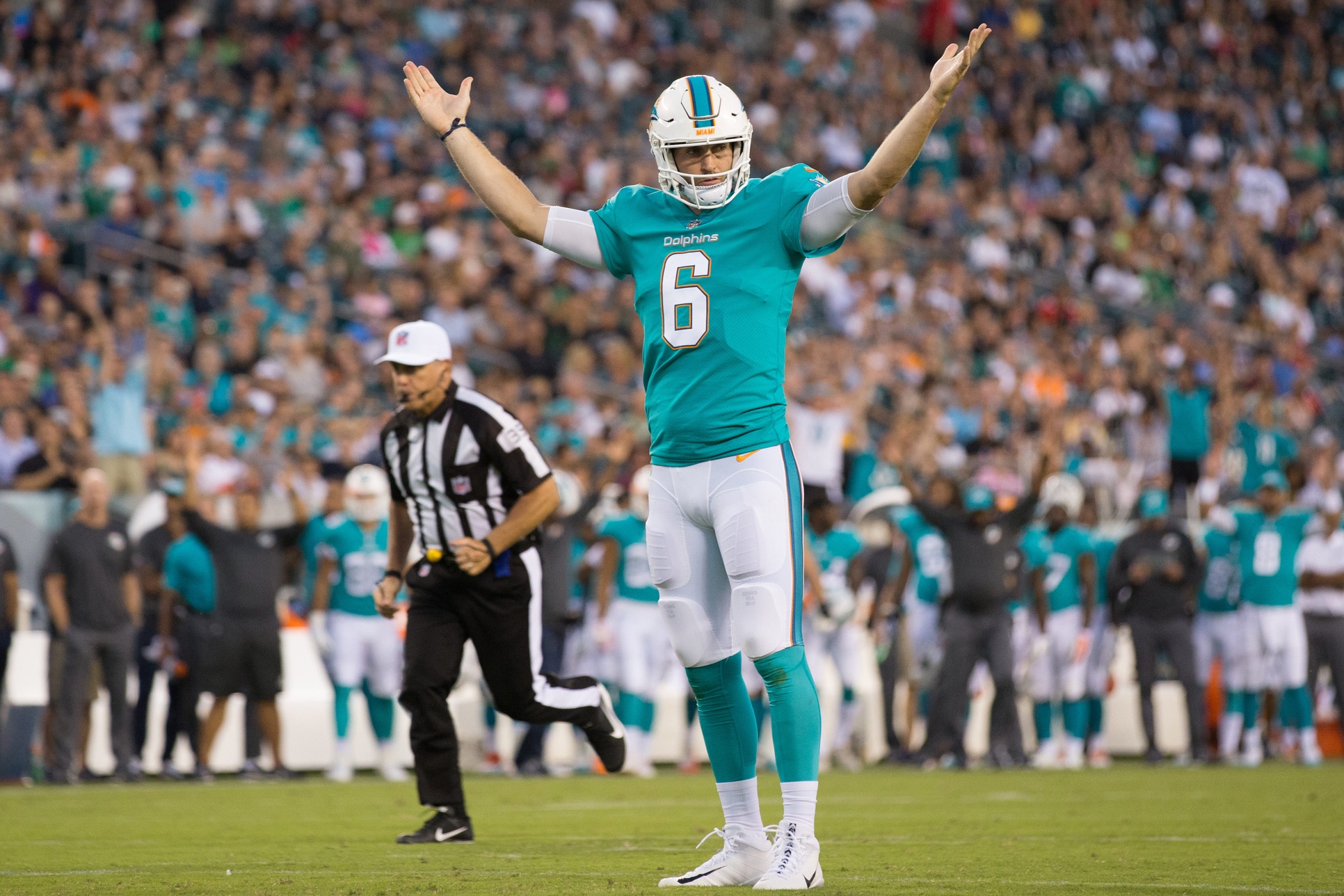 The Dolphins lost Ryan Tannehill for the season with a knee injury, so obviously they turned to Colin Kaepernick. Kaepernick, the former San Francisco starter turned activist, had a mixed history wi—nah I’m joshin’, they got Smokin’ Jay Cutler out of retirement to funsling it for them this year. That’s a huge boost for DeVante Parker, and his fantasy football ADP is going to get higher and higher than listed below as Cutler continues to hype him up.

Sleeper – Kenny Stills, Wide Receiver
The Dolphins traded the Saints for Stills, then signed him to a four-year deal this offseason, beating off other offers to retain his services. There’s clearly something they like about the 25-year-old receiver, and he’s shown an ability to produce in the past. He posted 931 yards in his second season with New Orleans and posted 726 yards last season on just 42 receptions. Stills is setup to be the Dolphins’ big play weapon downfield and could touch double-digit touchdowns. He may lack consistency but he is a good DFS play and someone to keep in mind if Parker or Landry go down and he steps into the #2 wide receiver role in Miami.

Breakout – DeVante Parker, Wide Receiver
The third year wide out is poised to finally take the next step in 2017, and has a very appetizing ADP of 114.5 overall, at WR42. Last season Parker ebbed and flowed, but was extraordinarily productive when given the opportunity. The Dolphins’ offensive coordinator has already said that he plans on getting Parker enough work to give him a “gigantic year,” and he showed flashes of talent in his first two seasons in the league. A balky back kept him from consistent production, but he is reportedly fully healthy and doing the little things at practice he wouldn’t before. He’s all primed and ready to go to be a big fantasy breakout this season, doubly so since the Dolphins need a red zone weapon other than Jay Ajayi and given the size of both Jarvis Landry and Kenny Stills, Parker is the perfect option.

Bust – Jarvis Landry, Wide Receiver
To be clear, this has nothing to do with his talent, absolutely nothing; it is his usage. Landry is one of the most talented receivers in the NFL, but the Dolphins seem physically incapable of putting him in a position to score touchdowns. The fourth-year receiver has averaged 96 receptions in his three-year c eer, and has gone over 1100 yards in each of the last two seasons. Despite that prolific production, he has only 13 career touchdowns over three seasons to show for it. That’s not something that is likely to correct itself, either. The receiver had only nine red zone targets last season (two within the ten). The two receivers going just after him, Devante Adams and Michael Crabtree, combined for 41 last season. Landry will be a great value in PPR this season due to his extremely high floor, but his usage means he won’t be worth it in standard scoring; the touchdowns just aren’t there. He’s currently being drafted as a top-twenty wide receiver, a value he won’t be able to return in standard scoring.