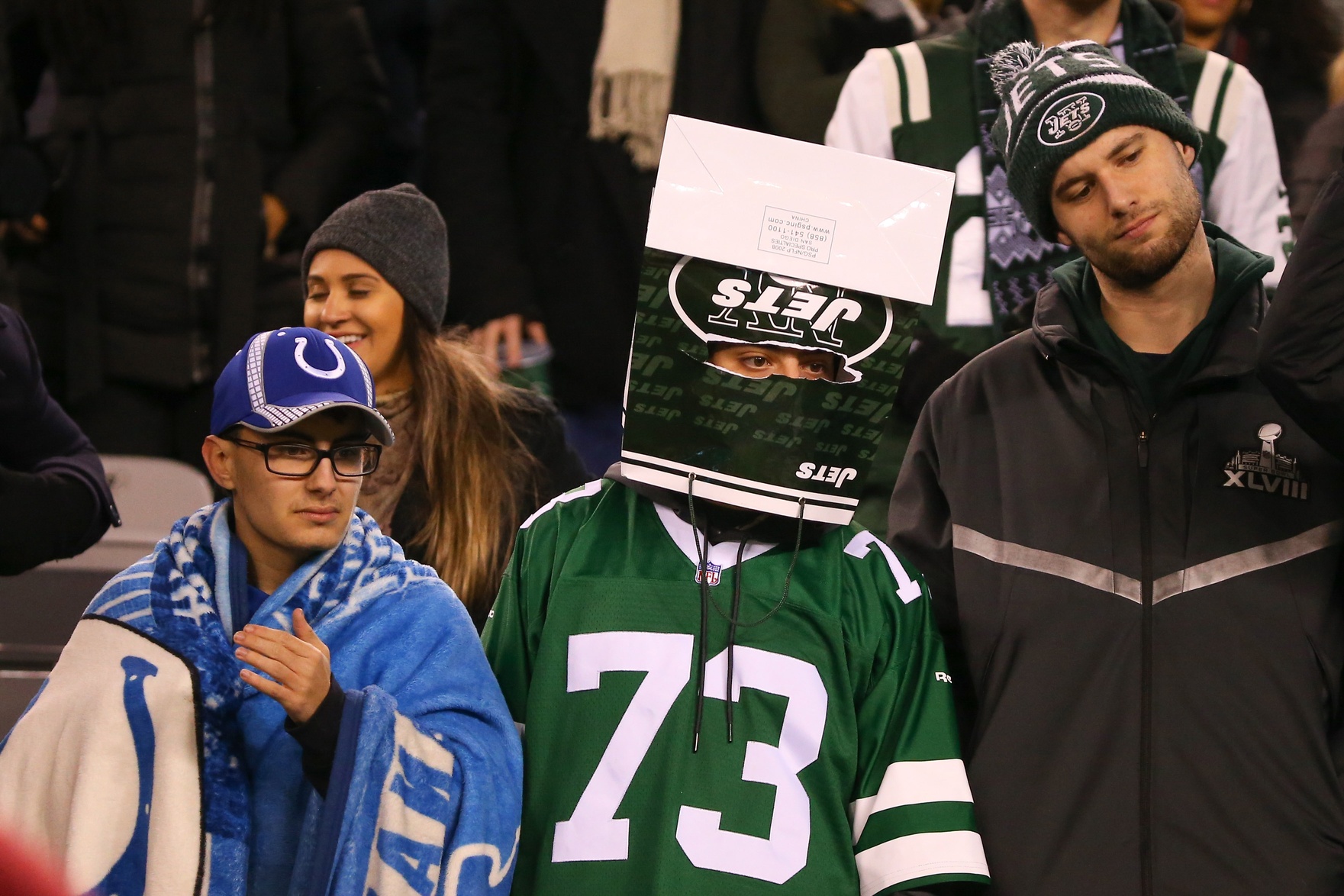 There’s no better way to describe this team than with a deep sigh of resignation. Their top QB is a second-round pick who can’t throw a ball within five yards of a wide receiver. Their top WR is a 24-year-old with 587 career yards to his name, and their top RBs are a couple hundred career carries away from getting put out to pasture. The Jets are a mess. The Jets are a waste. The Jets are going winless.

There’s so little going on here their fantasy football sleeper is a tight end who drank his way off the Bucs and their breakout & bust are just a life lesson in perception. Enjoy?

Sleeper – Austin Seferian-Jenkins, Tight End
Remember Cameron Brate’s 2016 semi-breakout campaign with Jameis Winston down in Tampa Bay? That was supposed to be ASJ’s. Unfortunately for Seferian-Jenkins, the coaches care if you scream at them from the sidelines in the preseason. His benching for Brate and subsequent release (due to a DUI) had more to do with intense knuckleheadedness than a lack of talent. The Jets picked him up and let him take 2016 to compose himself and get his career back together. He saw few targets last year thanks to injury and Chan Gailey’s proclivity for ignoring the tight end. ASJ has slimmed up, changed OCs, lost the only decent wide receiver on the roster (Quincy Enunwa) and is reportedly the most impressive player at Jets camp. That’s a low bar to cross, but he’s literally without an average draft position right now since he’s missing the first two weeks of the season via suspension, and is a name to file away as a dark horse, post-hype sleeper.

Breakout – Bilal Powell, Running Back
Bust – Matt Forte, Running Back
The bounce back and bust labels here are a matter of perception in fantasy football circles. Forte and Powell are likely to reprise their 1a and 1b relationships to start 2016, yet Forte is the #38 off the board this fantasy football draft season, and Powell #28. Forte was the man last season until injuries started to break him down, and Powell took off. If you just listened to coaches right now, and even early in the season, you might go after Forte.

However, the game tape showed Powell is the better of the two backs. Powell is currently #28 off the board, due to the lingering specter of Matt Forte. This also shows you the dangers of constructing narratives. Don’t forget, Forte escaped the Jets’ vet purge, as they released anyone making more than a few bucks in order to rebuild. This bodes well for Forte, as he is seen as a good asset to have around, and he is likely to earn starts and snaps that eat into Powell’s production. At the same time, however, Powell’s undoubtedly the more talented back at this point.

While Forte will eat into Powell’s touches early in the season, he will be shed off into a #2 role before Halloween. Use the perception that Forte will chew up Powell’s touches to get the discount. Don’t be deterred by stories about Matt Forte getting the bulk of carries; he’s going to be useless in 2017 unless Powell goes down.