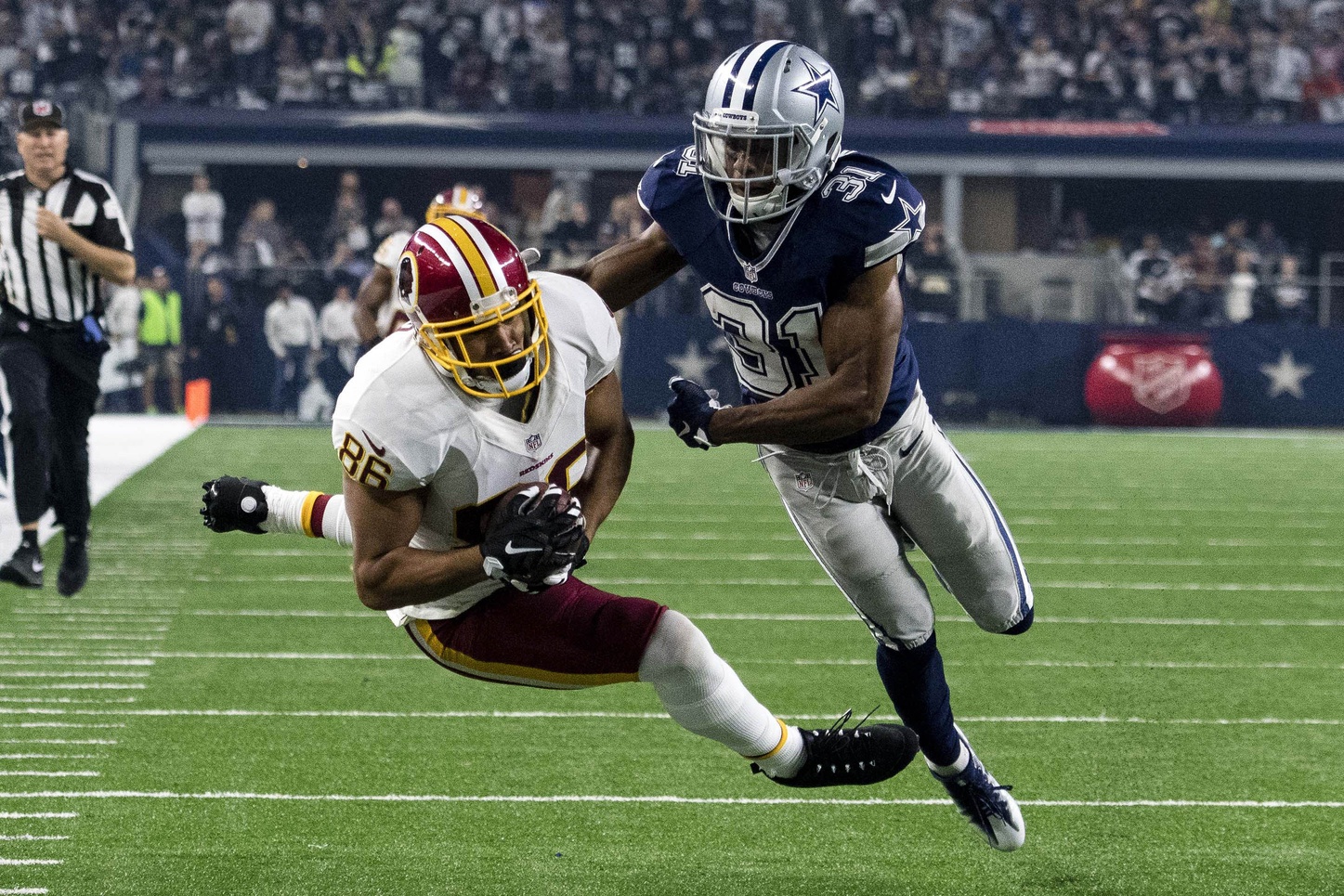 Washington had all the accolades heading into this fantasy football draft season, but no first-team offense has fallen as hard on its face as they have through two preseason games. QB-for-now Kirk Cousins hasn’t been with all his weapons, so there’s that, but he should definitely get used to being without Jordan Reed. Washington has a ton of production to replace, with DeSean Jackson and Pierre Garcon moving on. Terrelle Pryor hopes to soak up a ton of that production, as does sophomore Josh Doctson. However, there are three players you need to know for their sleeper, break out and bust potential in 2017.

Sleeper – Samaje Perine, Running Back
The writing is on the wall on this one. The incumbent back, “Fat Rob” Kelley, averaged just 3.23 yards per carry after garnering 4.79 YPC in his first three starts. Washington went out and drafted a phenomenal running back in Samaje Perine to steal the role away from him. While Chris Thompson is the passing downs back (for now), ESPN’s John Keim already projects Perine for the starting role. He’s currently the #42 running back off the board, which is a steal for someone set to get at least 200 carries this season, should health hold up. His massive 236 pounds at 5’11” means he’s going to be the goal line back, which only increases his upside. He’s an absolute steal as the 115th player off the board on average. The rub with the Washington backfield is that neither back has consistently looked great in the preseason, meaning this will likely start as a committee. Perine is the better back and should win out in the end, but likely won’t be starting for the first six weeks or so (unless Kelley gets hurt).

Breakout – Jamison Crowder, Wide Receiver
Last year Crowder turned 99 targets into 67 receptions for 847 yards with seven touchdowns. He stumbled down the stretch last season, going for just 122 yards in his last five games. Before that, however, he was on a 1,055 yard pace with nine touchdowns on… 111 targets. Garcon had 114 last season, and if you give those to Crowder, 1,000 yards and nine scores isn’t that crazy. If Crowder truly breaks out, you have quite a value on your hands in the seventh round. Crowder has emerged last season as Kirk Cousin’s favorite target, and it’s easy to see why. The speedy receiver has great routes and catches most things sent his way. Should the Washington offense keep clicking, it will be because of Crowder. He has been a monster since Kirk Cousins started looking his way, and there’s no reason for him to stop looking towards Crowder.

Bust – Jordan Reed, Tight End
This one isn’t too tough to put together, as the #3 tight end off the board by ADP has a serious “staying on the field” problem. He’s missed, on average, one-of-four games in his career, and has made concussions a nasty habit he just can’t break. Reed’s highs are extremely high—he is among the league leaders in multi-touchdown games over the last few years with six, but four of them came in 2015. His highs are unfathomably high, but his lows are excruciatingly painful. He missed six games over the last two seasons and failed to score even five fantasy points in seven games in the same stretch. That’s 13 out of 32 games where Reed was essentially useless to you. In that same timeframe, he has just nine double-digit games. The rest were just okay. A player who is useless more than he helps does not scream fantasy starter to me, let alone a top-three pick at a position. I won’t have Reed in any of my leagues… and all of this is discounting that he is already suffering from food issues.