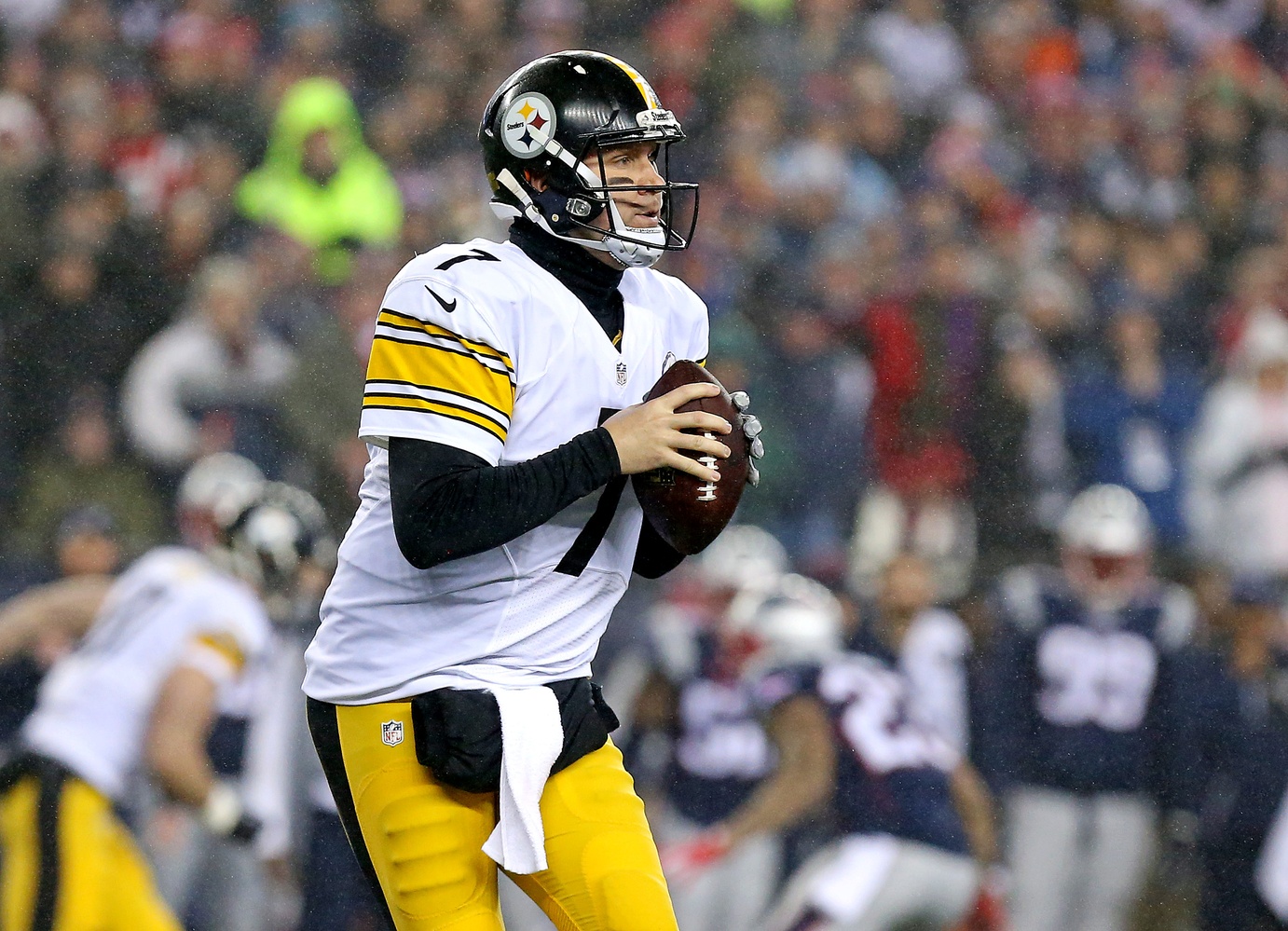 It seems as though every fantasy football draft season, we all go ga-ga for the Steelers offense, with good reason. They have two players in the unquestioned top-five in all formats, and Big Ben’s talent can’t be denied. Intense knuckleheadedness seems to get in the way of everyone but Antonio Brown, but there’s plenty to like about the Steelers offense and fantasy football potential.

Sleeper – James Conner, Running Back
There are two universal truths with Le’Veon Bell: he is one of the best players in the NFL, and he can’t stay on the field. The first blocks opportunity for James Conner, the second opens up a world of possibility for him. If Bell plays the whole season, Conner is useless. The Steelers don’t rotate backs off the field. Le’Veon Bell played 781 offensive snaps last year, which was 72.1% of the total snaps. He missed 25% of the games last year, which tells you he was on the field for nearly every single snap. The same holds true for DeAngelo Williams when he spelled Bell last year. A bruiser and punishing runner in his own right, Conner is the straight back up to own outside of Derrick Henry. He’ll step right into twenty touches a game if, or when, Bell loses time.

Bounce Back – Martavis Bryant, Wide Receiver
Remember Martavis Bryant? The all-potential wide receiver is a career of lost opportunity. He was inactive the first six games of 2014 due to injury and pre-season performance. Then he missed the first four games of 2015 due to a drug suspension. Then he missed all of 2016 due to another drug suspension. Outside of those massive issues, Bryant has been incredibly productive. He started his career with six scores in four games and ended the season on pace for 878 yards and 13 scores. His shortened 2015 campaign also started with a bang, going for 182 yards and three scores in his first two games. The Steelers drafted JuJu Smith-Schuster as Bryant insurance, not as Bryant’s replacement. He’s going after pick 50, which makes him a great upside WR2 in your draft.

Bust – Ben Roethlisberger, Quarterback
Last season, the “Big Ben is not as good on the road” rule finally exploded into a full-blown issue last season. From 2013 – 2015, Roethlisberger averaged 26.21 fantasy points per game at home and 19.22 fantasy points per game on the road. There wasn’t a huge issue with that, as 19.22 fantasy points are still useful, if not a little underwhelming. Then in 2016, everything went haywire. Roethlisberger averaged nearly double his points at home (31.17) as on the road (16.29).  He’s now going as QB9, conceivably due to the idea that you can pair him with another QB behind him. The only issue with that is that he has no upside. He is planning his retirement and could be on his way out. He’s going at the top of the seventh, ten picks before Jameis Winston, fourteen before Marcus Mariota and a full thirty picks before Matthew Stafford.