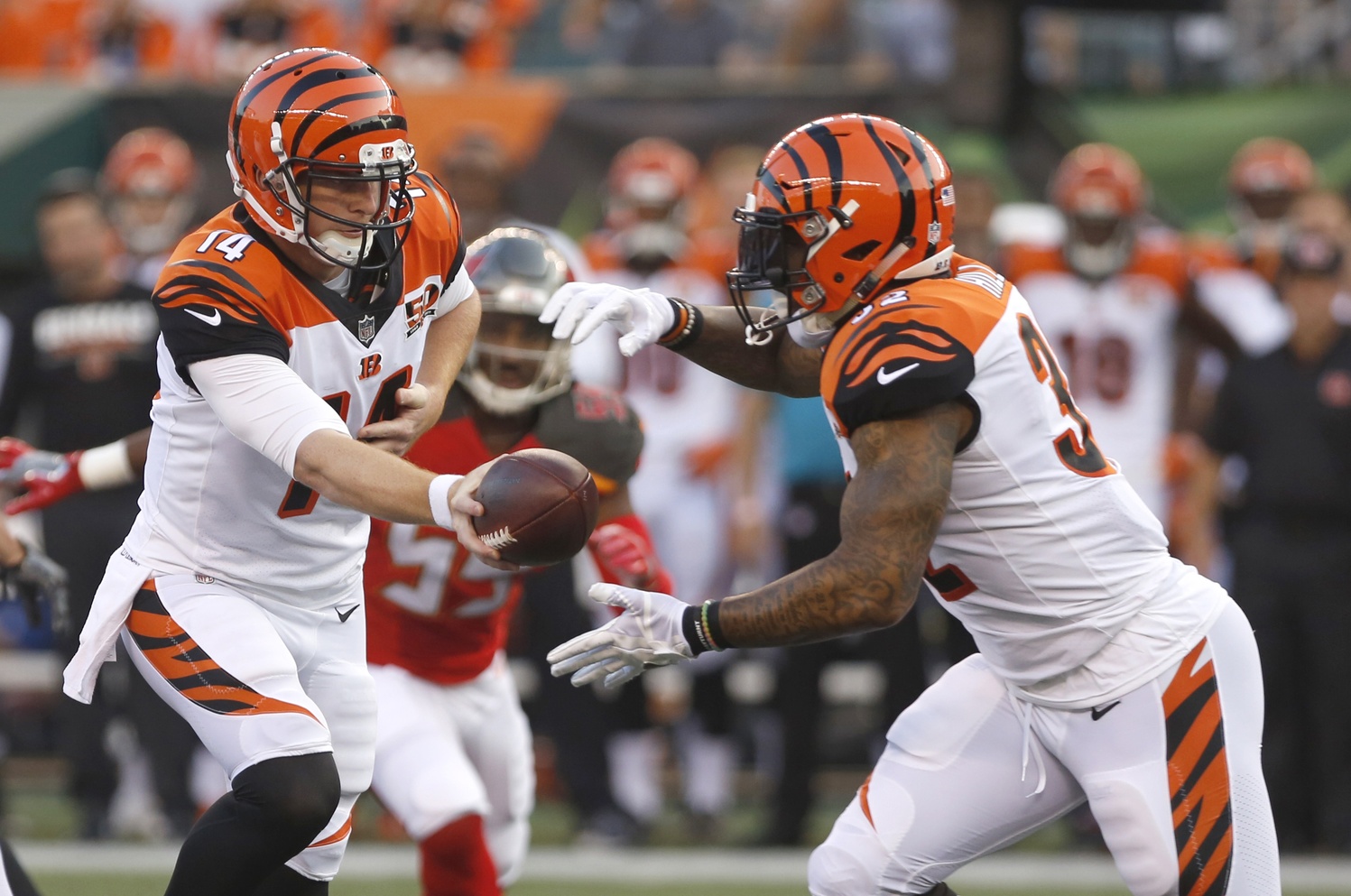 Two years ago, the Cincinnati Bengals were humming right along, with QB Andy Dalton as a top-five quarterback. He broke his thumb and everything went off the rails. The Bengals built up offensive weaponry in the draft, snagging Joe Mixon and John Ross. Unfortunately, they needed offensive linemen. There should be plenty of firepower in Cincinnati, and it’s an offense to get a part of on your fantasy football draft day.

Sleeper – John Ross, Wide Receiver
John Ross probably shouldn’t be a player that you draft, to be honest, but he’s a name you need to know. The blazing speedster who broke the 40-yard-dash record at the combine obviously will act as a vertical element for the Bengals this season. With A.J. Green across from him and Joe Mixon & Tyler Eifert as underneath threats, Ross should get plenty of one-on-one coverage that will allow him to torch the opposing cornerback. He’s currently going 144th overall, right in “not even drafted” territory. The offensive line won’t afford Dalton enough time to reliably get Ross the ball to make him a weekly option, but more than one winning lineup for a massive DFS tournament will have Ross in it this year.

Bounce Back – Andy Dalton, Quarterback
There’s just too much around Dalton for him to not be a great value in drafts given his ADP. Dalton isn’t even being drafted in every fantasy football league, as he is QB19 off the board and not everyone is drafting a backup quarterback.  Andy Dalton is the best candidate to be the 2017 Matt Ryan—a quarterback whose TD rate suddenly cratered who will be a huge value due to simple regression. In 2016, after averaging a touchdown on 5% of passes, Dalton’s touchdown rate dropped to an astonishingly low 3.2%. He also did this while having the best interception rate of his career (1.4%, which is elite) and the second-highest yards per game. He also posted his second-highest quarterback rating. There are issues in Cincy, as the offensive line will likely continue to be a mess. However, there are enough playmakers on this offense that Dalton can get the ball out quickly and they can do the legwork.

Bust – Tyler Eifert, Tight End
To be clear, Jeremy Hill and Giovani Bernard are the true busts when measuring the production drop-off from years past, but their ADP reflects this. Eifert has the biggest chance of busting out of his draft day price due to his injury history. He’s currently the sixth tight end off the board, going at the end of the sixth round, but he has such a robust injury history that he makes Jordan Reed look like Mr. Durable. Eifert has topped 70% of the Bengals’ snaps just once in his four-year career and has missed at least half the season twice. He’s a monster on a per-game basis, but that’s mostly due to being Andy Dalton’s preferred red zone target. There are so many other targets on the 2017 iteration of the Bengals, which puts that role in jeopardy. Still, his upside makes his ADP appropriate, but his injury history gives him the best chance of being a bust on the Bengals.