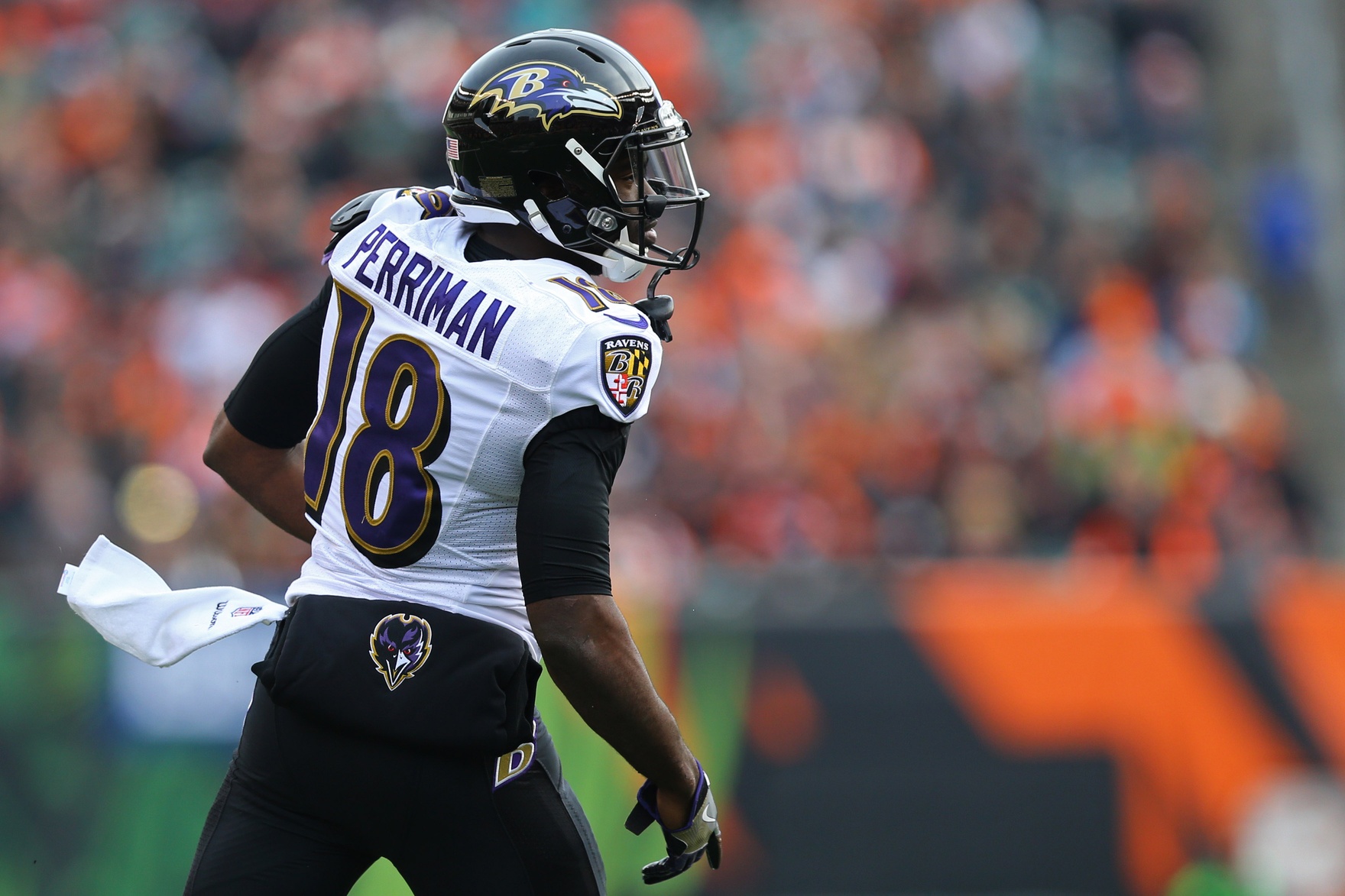 The Baltimore Ravens have been extremely snake-bitten and 2017 is lost before it even started. They’ve lost more people for the season than the Boston Alt-Right Rally even had holed up in the little gazebo, and Joe Flacco is no guarantee to start the season on the active roster. Still, there’s are several fantasy football-relevant players on the Baltimore roster, and sorting out who’s who is key.

Sleeper – Danny Woodhead, Running Back
With Terrance West being Just A Guy, and Kenneth Dixon now out for the season with a knee injury, Woodhead will finish the season as the top RB to own in the Baltimore backfield. While Woodhead isn’t the most talented Ravens running back, he will fit their game perfectly and will shine in the passing back role. In 2016, the Ravens passed to Terrance West and Kyle Juszczyk a combined 94 times last season; with both within the top-twenty-five at running back targets. This suits Woodhead’s game perfectly. In his last two full seasons, he’s topped 1,000 total yards while averaging slightly over 100 carries a season. That’s due to piles and piles of targets heading his way. Woodhead is a top-fifteen PPR back (and top-twenty in standard scoring) when healthy, and when usage affords. Right now he’s going just inside the top-100 as the #34 running back off the board. He’s a crazy zero-RB strategy value and is the perfect third, or fourth running back on your roster. He has the easiest path to production for running backs outside the top-thirty, and you should make sure he doesn’t go outside the top-eighty picks, despite his ADP.

Kenneth Dixon will miss the first four games of the season due to a PED suspension. That means that Terrance West gets the first crack at carrying the ball, but he was inferior to Dixon in the running game last year. Dixon had a higher yards per carry than West last season, but Dixon scored at a faster rate. The one way in which West far outshone Dixon, receiving, has been mitigated due to the addition of Danny Woodhead. While the backfield is crowded, the Ravens will turn the ball over to their most talented back upon his return. The suspension has him slipping in drafts, but on a per-game basis, Dixon will outshine his 111 overall ADP.

Bounce Back – Jeremy Maclin, Wide Receiver
Joe Flacco always has one player or two players who he feeds until he throws up. Whether that’s Derrick Mason, or the Anquan Boldin/Torrey Smith mashup, which turned into Steve Smith, then Kamar Aiken, then Dennis Pitta absorbing 121 targets last year. There is one player who Flacco always favors to the tune of 115+ targets. This year it will be Jeremy Maclin. Maclin was injured all of last season, which led to a dip in production. A crumbling cap condition, a groin injury and the emergence of Tyreek Hill and Travis Kelce had the Chiefs showing Maclin the door. He’s supposedly healed, and even if he’s lost a step, he doesn’t have to be fleet of foot to be a PPR force in this offense in the role he will play. He is the #41 wide receiver off the board. He is an ideal WR3 to stabilize the backend of your corps if your home run hits don’t pay off.

Bust – Breshad Perriman & Mike Wallace, Wide Receivers
A special double-dose of busts here. Specifically, the issue with taking either Wallace or Perriman waltzed into town with the addition of Jeremy Maclin. Throughout his career, Ravens quarterback Joe Flacco leans on one particular player, a player who represents a nice underneath threat. This profile fits neither Wallace nor Perriman. They will have no stability and remain as DFS plays only. The addition of Maclin and pass-catching back Danny Woodhead destroys any other wide receiver value, as Wallace’s target volume should dip significantly. Flacco will zone in on his favorite target, to the detriment of any other WR on the field. It wouldn’t be surprising if one of them end up inside the top-thirty, but there’s no way to know which one it will be now. Remember Torrey Smith on the Ravens, how he was an iffy weekly play that was equally likely to boom as bust? Imagine having to pick the weeks he would boom, and flip the coin that it’s your deep threat busting out, and not the other one? I’m not touching either of these players. Oh, and the perpetual injury machine Breshad Perriman is already injured, to the shock of nobody.