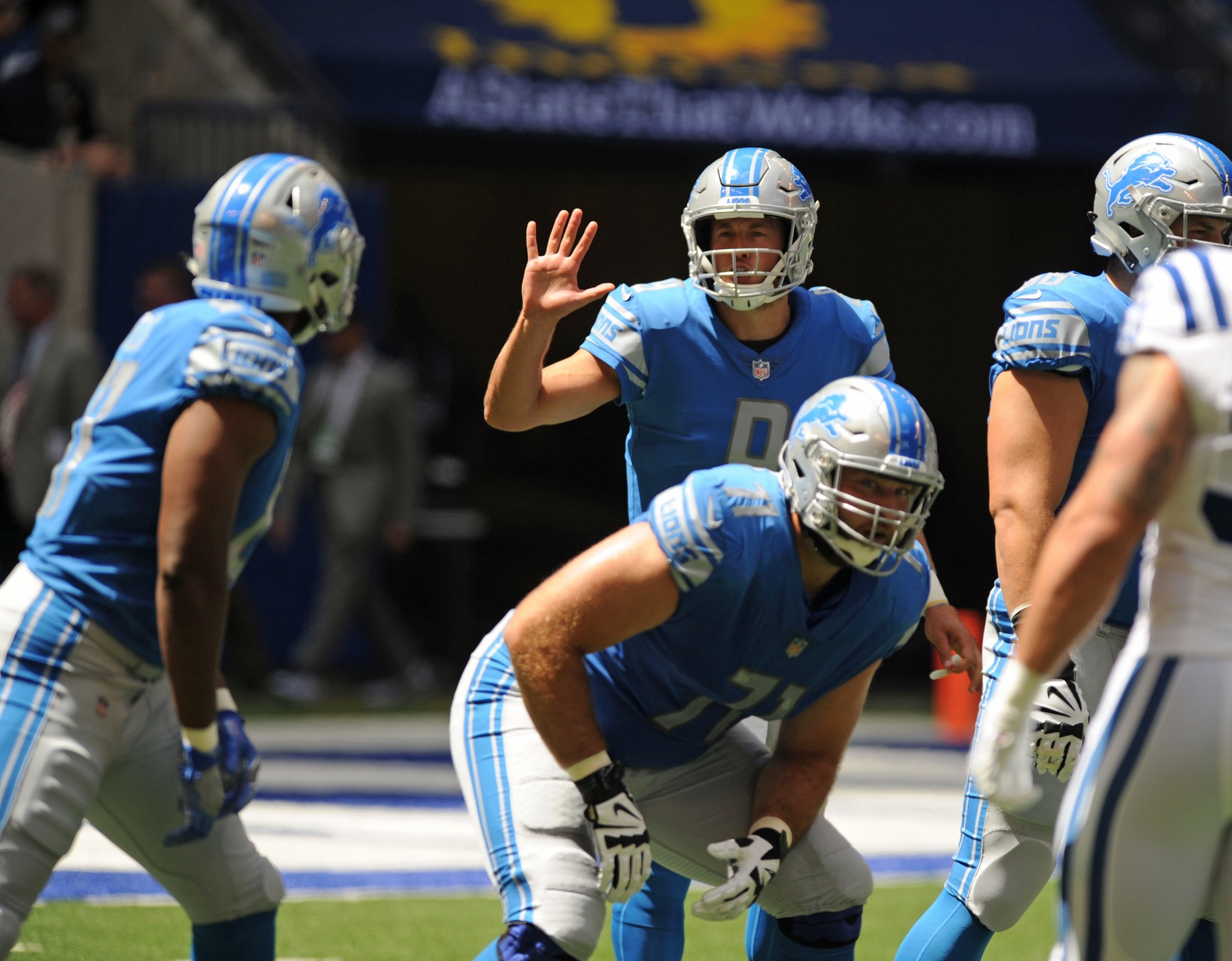 The Detroit Lions lost Calvin Johnson two years ago, inherited Jim Bob Cooter as their offensive coordinator, and immediately changed how the team operated. Gone were the long bombs from Matthew Stafford to a garage-sized catch radius in Megatron. In place of that chuck it mentality, JBC (not Junior Bacon Cheeseburger) turned the offense into dinks, dunks and short passes over the middle. This transformed the offense and gave fantasy football relevance to guys like Theo Riddick and Marvin Jones. This year, the team looks to build on its somewhat successful 2016 campaign, a campaign derailed by Matthew Stafford breaking his hand and crushing the Lions (and his fantasy football owners, myself included).

Sleeper – Kenny Golladay, Wide Receiver
Golladay is currently barely being drafted, but a huge week one preseason performance is quickly changing that. He ran with the ones after pulling in two difficult touchdowns in the first preseason game. The rookie showed good body control and spatial awareness on those touchdown catches, which is good. He’s buried behind Golden Tate and Marvin Jones on the depth chart, which is bad. Also bad is that Golladay barely caught those passes while second-string DBs fell down. He’s far down on the depth chart, and don’t even think about him before round ten, but he could be the recipient of those Anquan Boldin TDs from last season that needs to be replaced in Detroit.

Bounce Back – Matthew Stafford, Quarterback
In the first 12 games of the season last year, Matthew Stafford was cruising to back-end QB1 numbers. He averaged 269 yards per game and carried a 21-to-5 touchdown to interception ratio. After he broke his finger, he had more yards per game, but a terrible 3-5 touchdown to interception ratio in his final four games. Stafford has had a see-sawing relationship with touchdown rate, but an ever-decreasing interception rate. He should bounce back from his bad TD rate this year, given his issues in the red zone after week six. He posted six red zone touchdowns in weeks five and six and posted seven for the rest of the year. He’s the #14 quarterback off the board and is the perfect QB to pair with Philip Rivers or Marcus Mariota as upside plays to get top-half QB1 numbers without paying that price.

Bust – Marvin Jones, Wide Receiver
Jones finished 2016 with a decent final line, as he amassed 930 yards and four touchdowns on 103 targets. There’s a huge issue with that, as over a third of those yards came in just two games in weeks two and three last year. People also remember that outburst and tend to think he was better than he was last year and extrapolate those kinds of performances backward. In fact, those were two-of-three career games with over 100 yards for Jones. Jones is going as a late-round pick, so it’s hard to call him a bust, but he won’t return much on that investment. Once Golden Tate got into the swing of things, Jones became an afterthought. After week three, Jones averaged just 44 yards per game and scored two touchdowns in the last thirteen games of the year. He’ll have a couple decent games, but there will never be a time in 2017 where you will want to put Jones in your lineup. Draft upside instead.