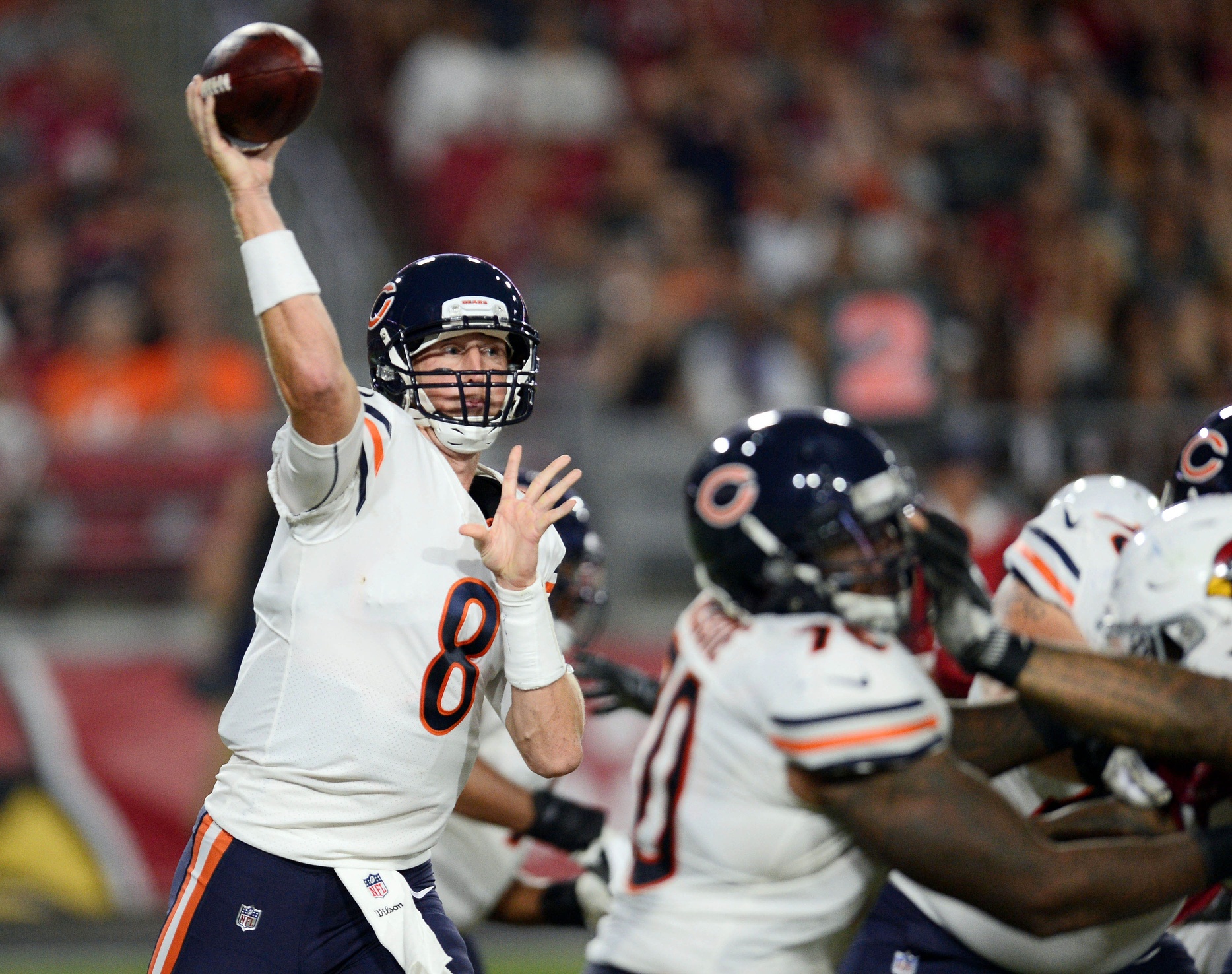 I honestly wouldn’t bother with a Chicago Bear outside of Jordan Howard this season. The team is an absolute mess but if you insist on not listening to me, fine, here is an article about the Chicago Bears and fantasy football. Don’t say I didn’t warn you.

Sleeper – Connor Barth, Kicker
Do I really think that the Bears’ kicker will be a dark horse sleeper candidate this year? No, I don’t. But that’s the problem with trying to fit players into these molds; there isn’t a real, actionable player who has viability as a sleeper candidate while they’re all being drafted accurately. I don’t believe Jordan Howard will bust, so he isn’t a bust, and he has a first round ADP, so he’s neither a sleeper nor a breakout. Therefore, I’m booting the position of Bears sleeper. There isn’t one. Only three Bears have an ADP right now, and they are all appropriate.

Bust – Kevin White, Wide Receiver
Kevin White and Breshad Perriman are trying to finally make the 2015 first round wide receiver draft class worth their salt. White reportedly had to re-learn his running stride properly last season after several catastrophic leg injuries. Now with an entire healthy off-season under his belt, White looks to return on his first-round ADP from two years ago. There isn’t much to go on from last year, as White looked incredibly rusty. You would too if you missed nearly two years of real football. At one point he was so big and so fast with such great hands that the Bears took him #7 overall in 2015. There’s nothing but pedigree backing up his drafting, and his multiple injuries may have sapped the athleticism from him. Cameron Meredith has already established himself as head honcho, and the Bears offense isn’t potent enough to support White, Meredith and Jordan Howard.

Breakout – Cameron Meredith, Wide Receiver
Cameron Meredith is currently the #43 wide receiver off the board, and he’s going in the ninth round by FantasyPros ADP. That’s not bad for a guy who ended the season with 888 yards and four touchdowns on 97 targets in just 10 games started. Meredith came to the fore partway through the season last year and ended 2016 on an absolute tear. In weeks thirteen through sixteen, he averaged 13.32 fantasy points per game. Those four games and his weeks five and six outbursts were the only ones where he received more than five targets in consecutive weeks. He’s a great receiver and will be the only wideout worth owning in Chicago in 2017.