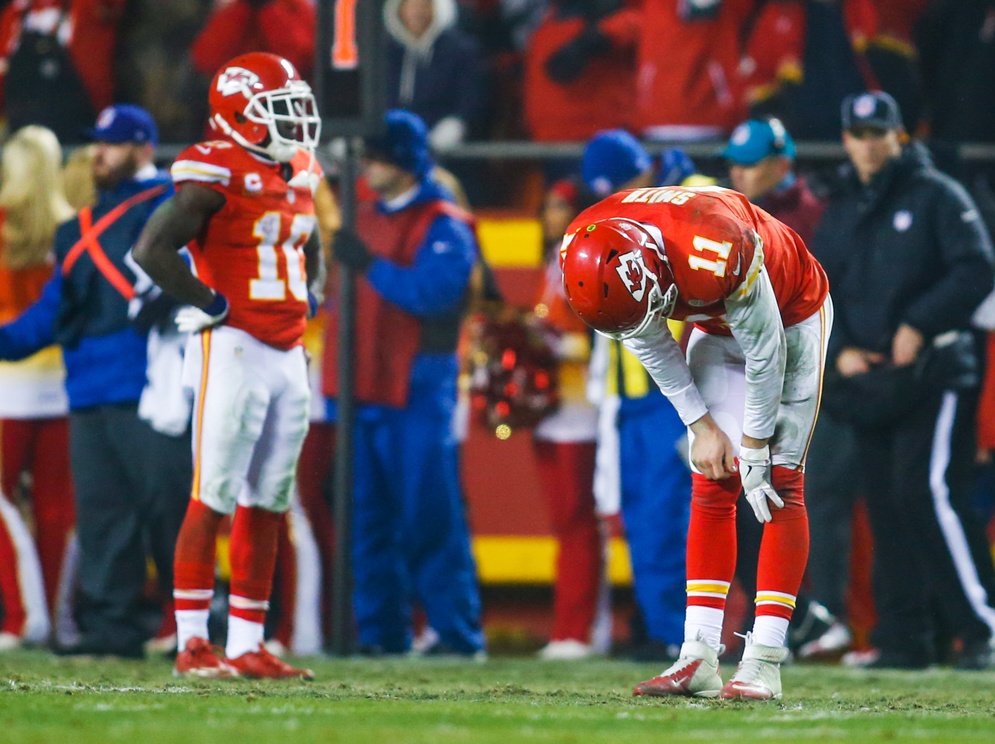 Since we last saw the Kansas City Chiefs, they have intentionally setup their team to move on from the current on-field regime. They jettisoned Jeremy Maclin for Tyreek Hill, they invested in Pat Mahomes to replace Alex Smith and snagged Kareem Hunt in the draft to allow them to move on from Spencer Ware. This makes 2017 a transition year for the Chiefs, and mining that transition for value could net you a fantasy football league winner.

Sleeper – Kareem Hunt, Running Back
The Chiefs had a two-headed monster of Charcandrick West and Spencer Ware behind now-departed Jamaal Charles last season. The two backs performed admirably, but the Chiefs drafted for the future with Hunt. They took him #86 overall and it’s been nothing but sunshine and rainbows for the back. Ware and West are good but carried little pedigree. Hunt will lead the Chiefs in both yards and receptions, and with Alex “Captain Checkdown” Smith at the helm, that could be a ton of targets. Hunt is currently going as the #36 running back off the board just inside the top 100 players as a stash play. While that is way too inflated, he should be a starting RB2 as soon as the Chiefs unleash him.

Breakout – Chris Conley, Wide Receiver
Conley takes the Jeremy Maclin role in the Chiefs offense with Maclin’s unexpected release. While Conley is more of a burner than a Jeremy Maclin-type, he’s getting a first crack at the role. Last year he mustered 530 yards on 69 targets. If he gets Maclin’s usual 120 – 130 targets, then he has 1,000-yard upside. Obviously, the increased targets will end up in more touchdowns. Conley is completely free right now and is one of those dart throws that just might work out. He also connected with Alex Smith on a pretty deep ball in preseason week one (none of that is a typo or mischaracterized). He’s not draftable but is a name to tuck away due to an increased workload that could result in fantasy relevance.

Bust – Tyreek Hill, Wide Receiver
This one is the prediction that could most easily blow up in my face given his obvious talents, but the sophomore wide receiver’s graduation to the #1 WR gives me significant concern that he can’t reproduce even the 860 scrimmage yards, let alone the nine touchdowns of 2016. First, the gadget nature of Hill’s usage led to some abnormalities, namely 16% of his scrimmage yards coming on two rushes. I don’t have faith in Hill as the top receiver in Kansas City, as he was a home run hitter who hit two massive home runs to skew our perception of him. It’s also very unlikely the Chiefs’ most viable wide receiver continues to get gadget runs. The undersized WR1 may have Antonio Brown to him, but unfortunately, he doesn’t have Ben Roethlisberger throwing him the ball. He’ll have a down year with Alex Smith under center.