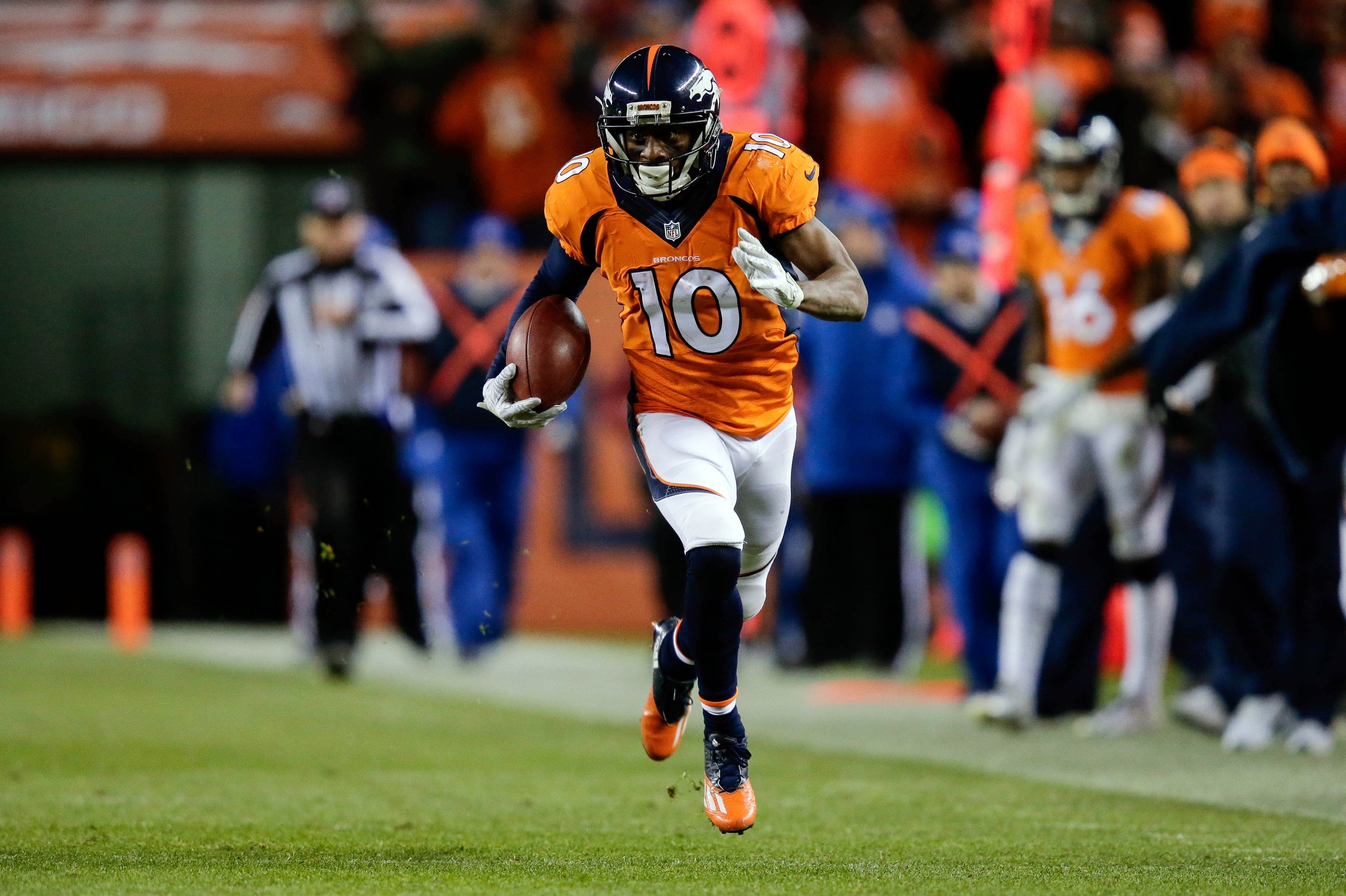 There’s so much up in the air for the Broncos this season, with the backfield and the quarterback situation in complete flux. That’s been the situation for a couple years with the Broncos since Peyton Manning turned into a noodle arm goober (though we didn’t know that in draft season). Still, the parade of terrible QB play over the last couple of years still allowed for two top-twenty wide receivers, but C.J. Anderson made the RB situation a mess. What will happen with Denver this season, now that they’ve added an all-time running back on the wrong side of catastrophic knee injuries to the mix? What does this mean for their fantasy football prospects?

Sleeper – Jamaal Charles, Running Back
It’s strange that the all-time leader in yards per carry, who hasn’t had a season with more than 40 carries and fewer than 5 YPC, is a sleeper. The issue driving down Charles’ 2017 ADP is owners being burned by his 2015 and 2016 campaigns, where leg injuries kept him out of 24-of-32 games. Unlike Adrian Peterson, whose crowded backfield and injury history dragged him down only to the fifth round, Charles has dropped all the way down to RB47 going as pick 133 overall. He’s moved all the way into dart throw territory, and I’ll be throwing a dart at one of the most dynamic backs of the last decade going in the late stages of your draft. It’s not like C.J. Anderson has the talent or health to stave off Charles all season.

Value Pick – Emmanuel Sanders, Wide Receiver
It’s hard to truly classify Sanders as a breakout or bounce back candidate, so he gets his own category. He hasn’t finished outside the top-twenty since joining the Broncos. He was WR7 in 2014, WR18 in 2015 and WR20 in 2016. This rewarded him with positional ADPs of #17 in 2015, #33 in 2016 and now #28 in 2017. He consistently outperforms his draft slot, and with Sanders and Demaryius Thomas as the only receivers of note in Denver, they both stand to get a ton of targets. He’s going in the seventh round in ten-team leagues and is a middling WR2 was his worst finish in Denver.

Bust – C.J. Anderson, Running Back
There’s a lot going against C.J. Anderson in 2017, but nobody seems to care too much, as he’s going as RB21 (#50 overall). That means a lot of people are going to be starting Anderson. First, the Broncos said it’s likely to be a committee, which means an open competition between Anderson and one of the greatest running backs to ever play. Anderson has habitually split carries, so that’s nothing new, but it’s also something that’s being ignored. Second, he tore his meniscus after just 110 carries last year and is recovering from that injury. Third, Anderson saved his season in his last game last year. Through his first 94 carries (over six games), he managed just 330 yards (3.51 YPC). A massive game against a J.J. Watt-less Texans team boosted him up to a flat 4.0 yards per carry on the season. Anderson consistently seems at the precipice but doesn’t take the last step. Don’t draft him like he will.