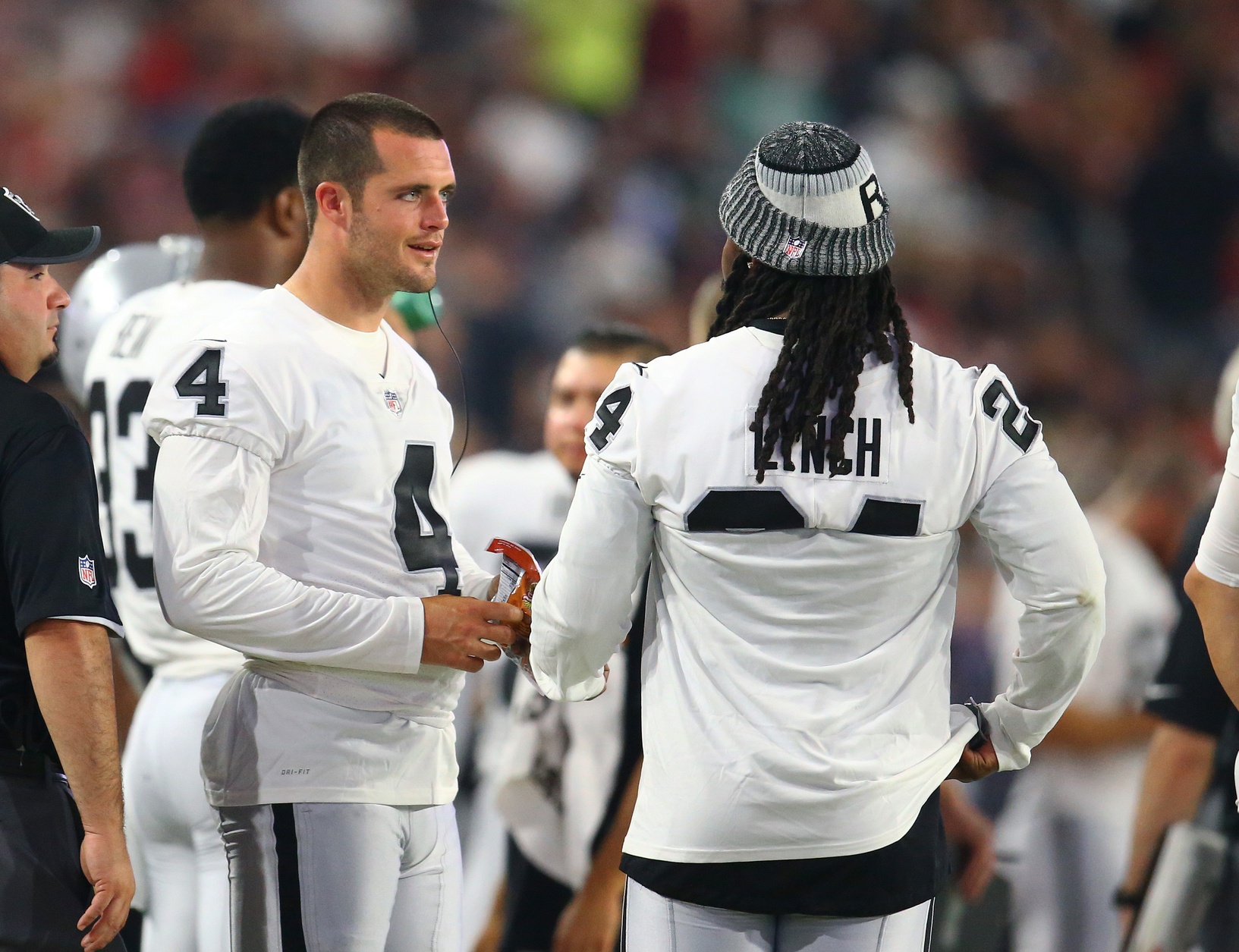 The Oakland Raiders have a myriad of fantasy football options for you this season. Amari Cooper, Marshawn Lynch and Michael Crabtree all get drafted very highly. Throw in Derek Carr and perennial inexplicable sleeper candidate seriously are people just wishing he will be okay he’s terrible tight end sleeper Jared Cook and you have a team poised to score a lot of points, both in reality and in fantasy.

Sleeper – DeAndre Washington, Running Back
This has more to do with Marshawn Lynch than anything else. I don’t believe Lynch can hold up for even half of a sixteen-game schedule, given his medical retirement and advanced (for a running back) age. The logical conclusion of that thought is investing in the players behind Lynch. DeAndre Washington and Jalen Richard makeup the backfield behind Lynch, and Washington outplayed Lynch last year when given an opportunity. Washington isn’t being drafted in most leagues, but a Lynch injury will have him as an RB2, especially given that amazing Oakland offensive line.

Breakout – Amari Cooper, Wide Receiver
It doesn’t make much sense to label a WR1 a breakout candidate, but the #23 pick off the board last season had one very significant issue keeping him from fantasy glory: red zone targets, and specifically targets within the ten. Cooper was one of just three players (of 73) who had seven or more within-the-ten targets who failed to score a touchdown on said targets. Cooper is too talented for this to be anything more than a statistical oddity. He was mere inches away from having three such touchdowns in 2016, but his toes betrayed him as he was out of bounds. This is the year Cooper finally lives up to his potential and draft stock due to massive touchdown regression.

Bust – Marshawn Lynch, Running Back
The last time we saw Lynch, he was barely able to stay on the field for the Seahawks. We also last saw him only able to muster 3.8 yards per carry for the Seahawks when he could play. He took 2016 off and now joined up with the Oakland Raiders, but is yet to do much in OTAs. Oakland is easing him along, which isn’t exactly what you want from a running back who hasn’t been in football for over a year. I’m not buying him at his current ADP (#18 overall), especially considering this Oakland team is gunning for the playoffs. Why wear Marshawn Lynch to a nub and not have the fragile back with the aggressive running style in the playoffs? I won’t have a single share of Lynch this season.