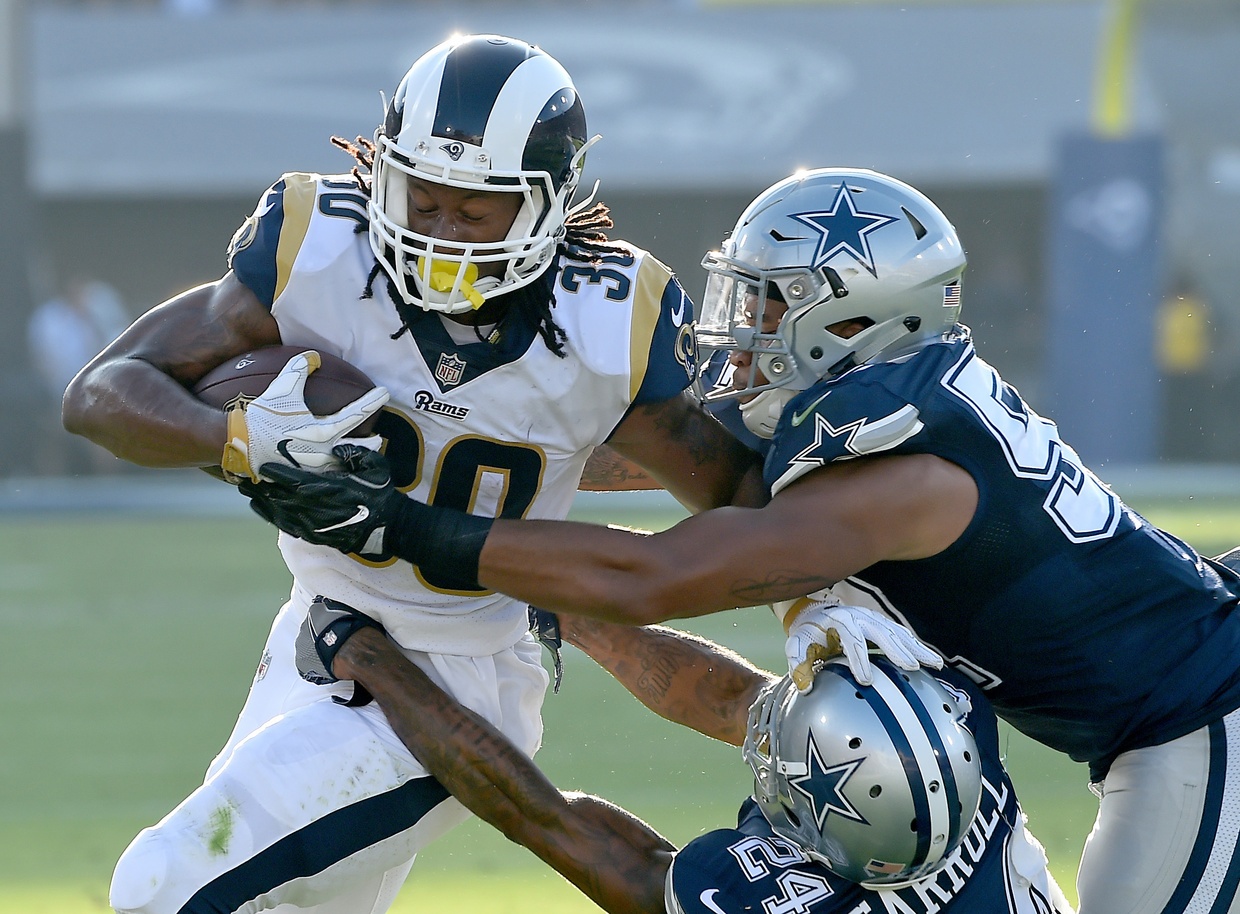 The 2016 Rams were one of the most useless 2016 teams for fantasy football and in real football. And in making interesting Hard Knocks. And interesting All or Nothing. They were bad in every aspect, though they did do the needful and fire Jeff Fisher. Awkwardly enough, his mustache still works as a special teams quality control coach, though. The addition of Sammy Watkins finally makes it so there’s a Ram worth drafting in 2017, but those jerks went and traded for him after I already wrote most of this and doctors don’t recommend looking at the Rams long enough for me to rewrite it.

Sleeper – Cooper Kupp, Wide Receiver
The rookie wide receiver went 69 overall to the Rams, which means they expect a nice season out of him. So far Cooper’s earned hype as a slot receiver that the team is scheming to be Jared Goff’s security blanket. If you saw Goff play last year, he needs all the security he can get. Kupp is an extremely deep league option, but one with upside. The Rams lost almost 300 targets they need to dole out between Kupp, newcomer superstar Sammy Watkins and his own personal Podrick, Robert Woods.

While Kupp is going to be third in targets to start the season, he’s more talented than Woods, less gadgety than Tavon Austin and more likely to play more than half a season than Watkins. He should get plenty of opportunities to produce in the NFL. He’s more a name to file away than anyone to draft. The Rams offense is going to be hard-pressed to do anything useful this year, so there’s not a ton of sleeper potential available.

Breakout – Robert Woods, Wide Receiver
The former Buffalo Bill will be the centerpiece of the Rams passing game, as the $10 million man Tavon Austin has repeatedly shown he isn’t much more than a gadget player than a #1 target. The Rams gave Woods a ton of cash to be their #1 receiver, but his play, like Kupp, is for volume. Woods will get the highest number of targets of his career, undoubtedly, and would do well to recreate his 67% catch rate from last season. Should Woods get 125 targets, 1,000 yards, and eight touchdowns aren’t outside the realm of possibility. He’ll mostly be a value in PPR leagues, but he’s currently the 189th pick, so you’re taking stabs that late anyway. He’s a good late pick in deeper leagues.

The Rams got Sammy Watkins because they hate fantasy football breakouts. It’s the only answer. The Rams do not have a breakout candidate except, uh… let me just throw this dart. Tyler Higbee. There we go.

Bust – Todd Gurley, Running Back
By sheer power of stubbornness, the Rams will get Gurley enough opportunities to be a productive back and not bust. The issue is the price. Gurley is the #11 running back drafted, which means he will likely be someone’s #1 running back. That is going to be a huge issue for you if you take that dive. People want to give Gurley the benefit of the doubt for being tied to Jeff Fisher’s offense, but he looked outright bad last year. That is outside Fisher’s bad play call and bad line blocking and did not inspire in the preseason thus far.

Head coach Sean McVay will also pass the ball a lot more than the Rams did last year. Gurley turned in one of the lowest yards per opportunity and a turn to a pass-oriented offense hurts Gurley’s value. He will still end up an RB2, but the price is too steep for that return. Let someone else snag Gurley on draft day.